Seven New or Unusual Beers to Try in August

Left Hand Brewing
August is a tricky month for Colorado breweries. The weather is still achingly hot, so summer seasonals, beer slushies, light lagers and fruit beers remain in high demand, but our internal clocks are turning toward fall, which means that the first of the pumpkin beers and Oktoberfest lagers are on the menu as well.

In addition, although the Great American Beer Festival won't be held in person for the second year in a row because of the pandemic, the competition will still take place, so breweries are pulling out their finest, strangest or most niche styles in order to submit them to the GABF judges.

That ebb and flow means brewers have a little more freedom to experiment — one of Colorado's strong suits when it comes to craft beer — the results of which can be seen all over the state. Here are seven of the newest and most unusual beers available in August: 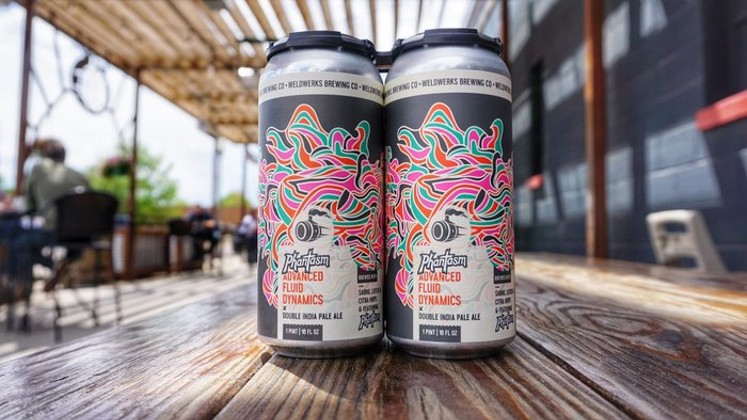 WeldWerks has been experimenting with Phantasm; a new beer comes out this month.
WeldWerks Brewing
Phastasm Cosmic Torero Triple IPA
WeldWerks Brewing
Over the past three months, a handful of Colorado's most boundary-pushing breweries (New Image, Knotted Root, Cerebral and WeldWerks) have been playing with Phantasm, a new product from New Zealand, as a way to enhance the tropical aromas in their beers — primarily New England-style IPAs. Made from Marlborough Sauvignon grapes, Phantasm comes in powder form and is added during the fermentation stage of brewing. WeldWerks has added it to new versions of Advanced Fluid Dynamics and Robo Boogie, among other beers, and will release a Phantasm version of Cosmic Torero, a 10.2 percent ABV triple IPA, this month. WeldWerks described the original Cosmic Torero as "bursting with notes of passion fruit, pineapple and mango, from the nearly nine pounds of Galaxy and El Dorado hops per barrel," so the Phantasm version could truly blast you into the atmosphere. 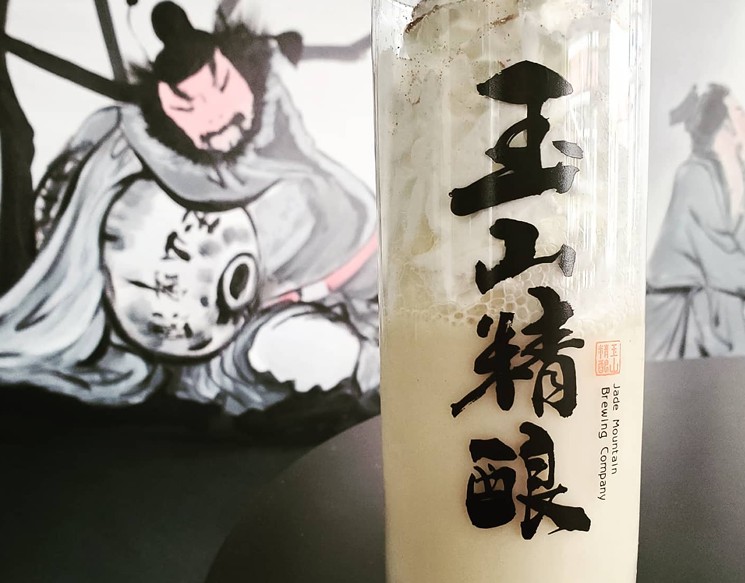 Jade Mountain Brewery & Tea House
Kimera Sour Koji Rice Chicha
Jade Mountain Brewery & Tea House/Dos Luces Brewing
Get this one soon, as it is almost gone: Dos Luces and Jade Mountain are two of this state's most unusual breweries: The former solely makes South American-style corn-based chicha and maguey sap-based pulque, while the latter creates a wide variety of non-traditional brews, from fruit-laden rice ales to brightly colored sours and hazy IPAs loaded with Asian spices — and some that combine all three. Last month, they teamed up at Jade Mountain on a Venezuelan chicha-inspired beer brewed with rice and milk, making it similar to horchata. Calling it a "crazy amalgamation of East and West," Kimera Sour Koji Rice Chica was brewed with 100 percent glutinous rice, Jade Mountain's house Chinese koji strain and a huge amount of cinnamon, vanilla, toasted coconut and lactose. It is served with whipped cream.

Bierstadt Lagerhaus
All the Hype Smoked Helles
Bierstadt Lagerhaus
Bierstadt brewers Ashleigh Carter and Bill Eye got together with their friend Khris Johnson, the head brewer and co-owner of Green Bench Brewing in Florida, a couple of months ago to put together a smoked Helles. Double-decocted and made with 100 percent beechwood smoked malt, the rauchbier will hopefully be tapped a little later this month. "Khris is a good friend of mine and makes phenomenal beer. He also happens to make a decent amount of smoked lager," Carter says. Since they collaborated on a weizenbock a couple of years ago in Florida, Carter wanted to return the favor in Denver. "Collabs to me should be organic and an excuse to do something you maybe wouldn’t normally do or that’s more of a passion project — and smoked beers are notoriously hard sells. The yeast that was used to ferment the beer was then delivered to Denver Beer Co.'s Andy Parker, who then made his own lightly smoked helles (available now at DBC's Arvada taproom) using just the yeast and with no smoked malt at all, an unusual technique that is not often employed anywhere outside of Germany. Enjoy rauchbiers? Dry Dock Brewing and Our Mutual Friend Brewing both have smoked beers on tap right now as well.

Sarah Cowell
Tmavy Dark Lager (mlíko)
Cohesion Brewing
If you like lagers, then you've probably had your fair share — and then some — of Czech-style beer, including pilsners, pales, darks and half-darks. But unless you've traveled to the Czech Republic, you may not have had one poured and made almost entirely of foam, or mlíko. That's because Americans see foam as a nuisance while Czech beer drinkers see it as a delicacy (when poured right). At Cohesion, you can get your mlíko so that the foam is sweet and creamy, almost like drinking a latte. We recommend the fudgy Tmavy dark lager, but you can try it with any of the brand-new brewery's three beers.

Left Hand Brewing
Peanut Butter Milk Stout Nitro
Left Hand Brewing
Over the years, Left Hand Brewing has morphed from a brewery that made English-style ales to one that is primarily known for its stouts. As such, it dug right in last year with the release of Peanut Butter Milk Stout, a rich peanut beer made with lactose to give it an extra-creamy mouthfeel. And while this beer was awesome enough to make it into Westword's list of Our Favorite New Colorado Craft Beers From 2020, we were hoping the Longmont brewery would add the beer to its canned or bottled Nitro lineup as well — something that would melt minds in peanut-buttery goodness. That joyous news came down this month when Left Hand did indeed release the beer in bottles with nitrogen gas added for a "hypnotic cascade" of bubbles and "a thick pillowy head," the brewery says. With notes of roasted coffee, milk chocolate, brown sugar and vanilla cream, the beer is better than a spoonful of peanut butter.

Great Divide Brewing
Dark ’N Stormy Imperial Red Inspired Ale
Great Divide Brewing
While Great Divide is known primarily for its flagship beers, like Yeti Imperial Stout, Strawberry Rhubarb Sour and Titan IPA, it also produces some interesting small-batch creations as part of its Woodwerks series. The latest is Dark ’N Stormy, which was brewed to mimic the rum, lime and ginger cocktail of the same name. "The base of this imperial red ale is biscuity sweet, with a strong citrus hop profile" from El Dorado and Citra hops, Great Divide explains. "After primary fermentation the beer was aged in ten-year-old Colombian rum barrels for several months. Once de-barreled, the beer was rested on a secondary dry hop with additions of lime leaves and purée plus fresh ginger to complete the impression of a Dark ’N Stormy. Weighing in at 8.5 percent ABV, the beer is available on draft and in single cans to go. Wynkoop Brewing
Rocky Mountain Oyster Stout
Wynkoop Brewing
After a nearly two-year hiatus, Wynkoop Brewing has brought back Rocky Mountain Oyster Stout, a much loved — and feared — beer that is brewed with actual bull testicles. The newest batch of this April Fools' joke-turned-real-beer was tapped on July 30 and is now on draft and available in Crowlers to go. Stronger than previous versions, at 9.1 ABV, RMBO was brewed with a whopping six roasted balls per barrel as opposed to the usual three, lending it some extra oomph. Although the beer does not taste like cow parts, it is an "assertive, viscous stout with...a luscious mouthfeel and deep flavors of chocolate, espresso and nuts" and a "savory, umami-like note," according to the tasting notes. "I can't say that I was excited to grill bull testes, but that in itself was an experience I never thought I would have when I entered the craft scene in 2014," says Wynkoop brewer Todd Bellmyer. "It seems like people go nuts for this beer."