Every Restaurant Opening and Closing This Week, August 8-14

Mark Antonation
Hank's Texas Barbecue announced its closure on August 10.
When one barbecue place closes, another horror-themed bar opens. At least that's the story this week on East Colfax Avenue, where Hank's Texas Barbecue announced its closure after a nearly two-and-a-half-year run in the space that was formerly home to longtime fine-dining favorite Solera.

Just three blocks to the west, the location that was once Bellwether before being transformed into Horror Bar celebrated a Friday the 13th resurrection as Slashers. The former operator, who faced sexual-harassment allegations, is no longer associated with the concept and the space has gotten some major upgrades, including a new AV system and double the seats and number of televisions that will screen horror flicks and cult classics nightly at 7 p.m.

Over in the Cole neighborhood, sports bar Clove Pizzeria & Tap is now serving up pies, wings, subs and more, along with such games as darts, bags and pool.

Federales, the taco and tequila bar from Chicago-based restaurant group Four Corners, debuted in RiNo, bringing its signature $10 Ring the Bell ice-glass shots to the neighborhood — for better or worse. Nearby, rooftop bar the Red Barber opened at the new Catbird hotel, which is set to open later this month. And inside the Source, soft serve, cookies and Thai buns made a comeback as Melted reopened with new general manager and pastry chef Alayna Buster at the helm.


In brewery news, Alpine Dog, which is in search of a new space, vacated its home on Ogden, making way for Crazy Mountain to move in.

Here's our list of every restaurant and bar opening and closing this week: 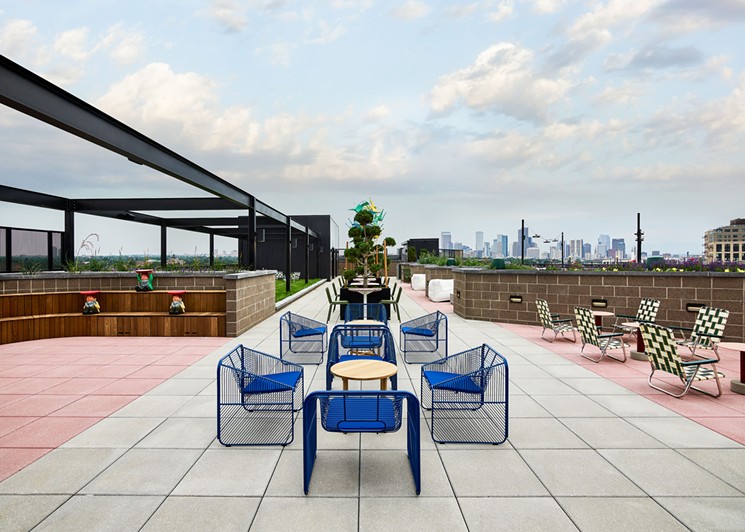 Know of something we missed? Email [email protected].