Soles of a Survivor: Nhi Aronheim's Immigration Journey From Vietnam to the United States 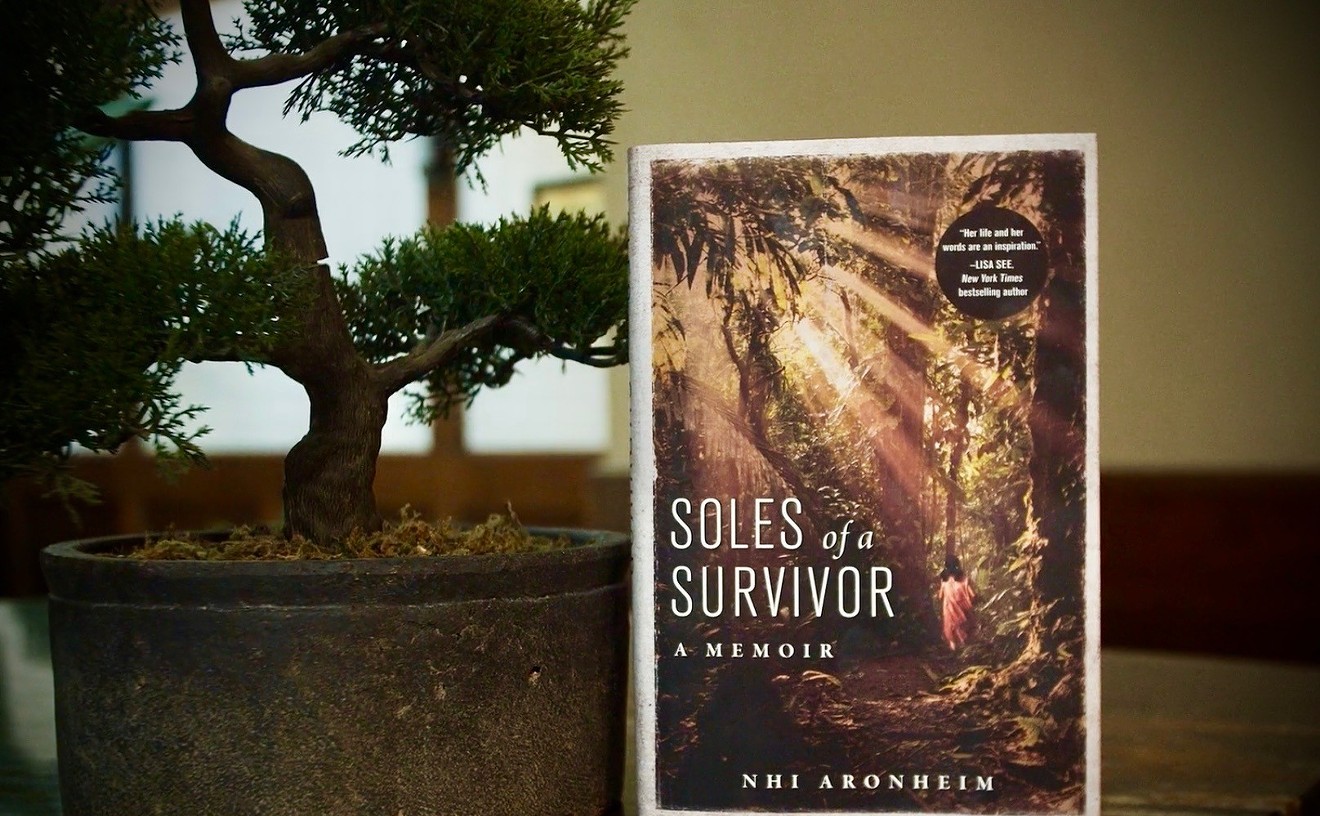 Nhi Aronheim
Denver's Nhi Aronheim tells the story of her long journey from Vietnam to Colorado in Soles of a Survivor.
Nhi Aronheim remembers having to immerse herself “chest-deep in a pool of sewage trying to hide from soldiers.”

She did this in her flight from Vietnam, walking through the jungles of Cambodia, a twelve-year-old seeking the safety and promise of her dreams of the United States. It’s this story and the quintessentially American life that follows it that make up Aronheim’s memoir, Soles of a Survivor.

The harrowing journey is only the start of Aronheim’s tale, but it’s from this that the title of her book comes. Her feet are still marked by that experience to this day, and the scars from that trek bear witness to the challenge and Aronheim’s determination to survive against all odds.

“My only possessions at the time were two pieces of clothing and a heart filled with hope,” she says.

But Aronheim is quick to add that hers “isn’t just another inspirational survival story. It’s about the lessons I learned about humanity, diversity and unconditional love since arriving in the United States.”

She compares her early life in Vietnam to the current situation in Afghanistan. “My physician father worked for the U.S. government,” she says, “and the Communists imprisoned him after the U.S. evacuation.” Her family was already divided, and out of fear that the rest of the family could be incarcerated, Aronheim’s mother bribed a driver and put her on a bus headed for Saigon.

Aronheim spent the next two years just working to survive on the streets of the fallen city that had been the capital of South Vietnam. She had few resources and no idea if she’d ever see her family again. From there she began her escape by foot through the Cambodian jungles, eventually finding her way aboard a boat to Thailand. That led her “to an orphanage where I lived for two years until I qualified for refugee status in the United States," she says. "I was fortunate to be adopted by a Christian family from the South."

Author Nhi Aronheim.
Nhi Aronheim
Years later, Aronheim would meet her “Jewish beau” by happenstance while on a flight for business. She was living in Kentucky; he lived in Colorado. After a long-distance relationship, she decided to move, and fell in love with Denver.

“Aside from its natural beauty, people are so accepting toward immigrants,” she says. “I haven’t experienced much discrimination since I moved.” When she goes hiking in the mountains and ponds around Winter Park and Grand Lake, the landscapes remind her of her family’s home on a lake in Vietnam. “It’s incredible that I’ve lived in Colorado for 22 years. Longer than any other place I’ve ever lived. So I now call Colorado my home.”

Aronheim converted to Judaism four years after she married her husband and now refers to herself as “Jewitamese.” “It matters less what religion we’re part of,” she adds, “as long as we do good deeds and radiate kindness to those we meet.”

Good deeds and kindness are exactly what our world needs, according to Aronheim, especially when it comes to immigration and caring for the displaced. She recognizes significant parallels between her young life and the plight of refugees in America right now. “My heart goes out to the refugees stuck at our border and for those trying to come to America,” she says. “I don’t think I could have made the same immigration today that I did back then,” she says. “But when it comes to life-or-death situations, I’ve learned that you can never tell what our minds and bodies are capable of doing.”

What Aronheim has found herself capable of doing is putting pen to paper so that her family will know her story. “My kids asked me to write down my story so that they'd know about their Jewish Vietnamese heritage and why they have three different grandmothers — Jewish, Christian, and Vietnamese. I couldn't say no after keeping my painful past a secret for over three decades.”

But Aronheim isn’t only concerned with family legacy. She wants to explain those scars on her soles, now softened by three decades of care and love.

“I've written my memoir because the world desperately needs more stories about tolerance, unity, and how to work together for a common good," she says. "My story isn't much different than the story of the millions of other refugees who've fled or are fleeing their countries for safety and opportunity.”

Nhi Aronheim’s book Soles of a Survivor is available now from your favorite bookseller. You can read more about her life and work at her website.