Denver Has a New Venue: The Lodge at Woods Boss

Joe Hoffman
The Lodge at Woods Boss.
click to enlarge

The Lodge at Woods Boss.
Joe Hoffman
Four years ago, Woods Boss Brewing Company opened its brewery and taproom at 2210 California Street, a half a block north of the Mercury Cafe. During the pandemic, the brewery added a big outdoor patio and also doubled its capacity, allowing it to brew twice as much beer. And this summer, it also opened The Lodge at Woods Boss, a 100-person, 3,400 square-foot event space and music venue.

The Lodge, which shares the brewery's log-cabin-inspired decor and has twelve taps of Woods Boss beer, has a separate entrance around the corner from the brewery’s entrance, at 675 22nd Street, with a hallway connecting the two spots.

While the Lodge has been used for wedding receptions and corporate events since it opened in June, the venue’s talent buyer, Joe Hoffman, has also brought in rock, country and bluegrass acts. 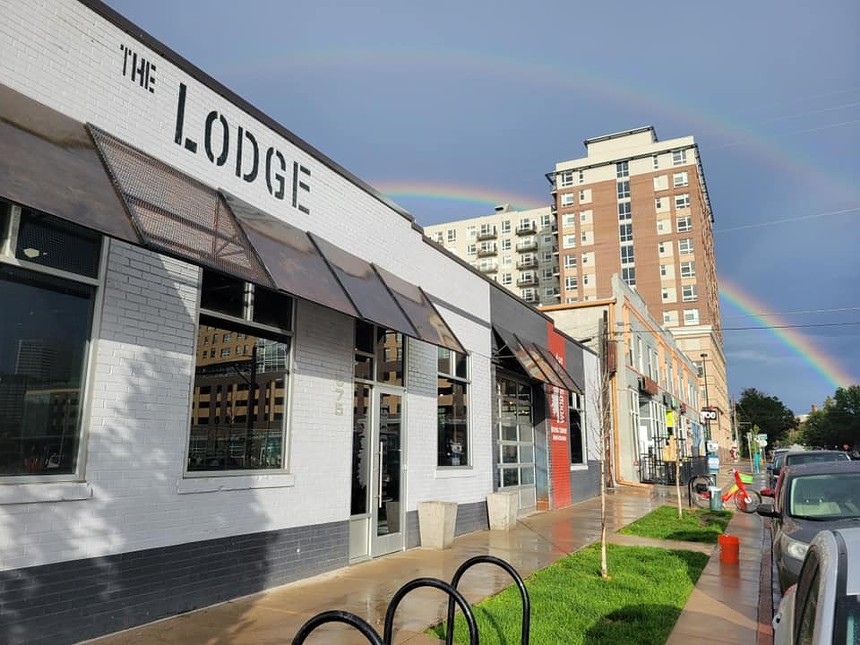 The Lodge at Woods Boss.
Joe Hoffman
Guitarist Marcus Rezak, who released his Truth in Sound EP, which features members of Trey Anastasio’s band, will be at the Lodge with Jason Hann of String Cheese Incident in November. SoFar Sounds also does the occasional pop-up show at the Lodge.

Since the Lodge opened, Hoffman says, it’s been a challenge going up against bigger venues like nearby Cervantes’ Masterpiece Ballroom and the Other Side, though he’s booked members of headlining acts at Cervantes’ to play solo or duo shows at the Lodge.


“It’s going to take time building the relationships with the agents and getting that footing in that little niche spot, because we're going to be closer to a Lost Lake than a Cervantes’, obviously,” Hoffman says. “But I'm still trying to kind of land in between there. If there’s an act that fits more for Cervantes' and I can get them at a slightly cheaper price and maybe a little higher ticket price at a more intimate venue, that's kind of the idea as well.”