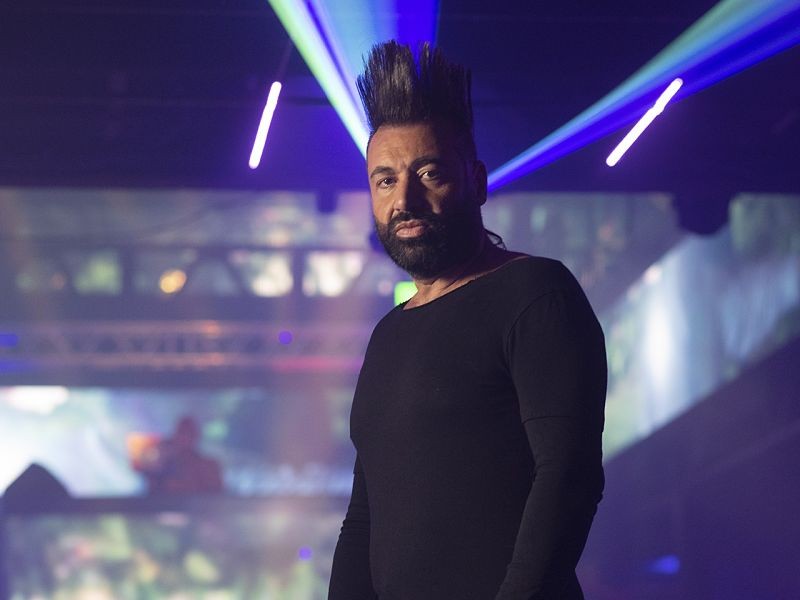 Evan Semón
Valentes Corleons inside Beta.
With the City of Denver attempting to shut down Beta Event Center, the LoDo nightclub has begun fighting back.

Late on October 11, attorneys representing Beta and its landlord filed a motion to vacate a temporary restraining order that Judge Beth Faragher of Denver County Court had issued on September 26 in response to Denver's claims that Beta had become a public nuisance. Had Beta not responded by October 11, the club would have closed, at least temporarily, that night; Beta's filing asks Judge Faragher to vacate the order and hold a hearing so that the city and Beta can discuss whether closure is necessary or appropriate.

"The Movants have attempted to resolve this matter with the City, short of the drastic remedy of closure, but have been provided no proposals for what changes the City believes would be best to achieve its concerns. If the City is going to take actions that will cause extreme hardship and irreparable harm to the Movants, this Court should require a good faith effort of the City to resolve this matter short of closure," attorneys from the law firms of Springer and Steinberg and Foster, Graham, Milstein and Calisher wrote in the their motion.

In their complaint, the Denver City Attorney's Office and Denver Police Department claimed that Beta has become a public nuisance because of on-site drug dealing and a patron carrying an illegal concealed firearm.

The Denver Department of Excise and Licenses also has filed a Show Cause case against Beta and is seeking to revoke the venue's dance cabaret and tavern license over alleged law and code violations, including employing unlicensed security guards. Excise and Licenses has a hearing scheduled for October 18.

In the meantime, Beta is fighting to stay open by fighting the public-nuisance case, arguing that the crimes attributed to the venue aren't linked to the club itself.

In June, two undercover Denver vice detectives went to Beta dressed as patrons and asked people in the club for cocaine. The two then took a bag to the bathroom, where they grabbed a sample that later tested positive for the drug. “Undercover police went in and bought coke from a customer,” observes Valentes Corleons, the owner of Beta. “Why didn’t you arrest him? And why am I going to take the blame? I have eight cops in the building.”

The October 11 filing by Beta indicates that the man who helped provide the cocaine to the two detectives has since been charged with "possession of a controlled substance with the intent to distribute." But the person charged "is not an employee, manager, or agent" of Beta, according to the filing.

The same DPD officers went back to Beta another night in June and again attempted to acquire cocaine. This time, however, they obtained a substance that later tested negative for cocaine. No charges have been filed in relation to this dealing of fake cocaine.

Beta also rejects the charge that it was in any way related to the person who was illegally carrying a concealed firearm. Although the Denver Police Department claims that the suspects involved in this incident were in a group of males who had just exited the club, "no other evidence exists to suggest that they were on the property," according to Beta's attorneys.

Westword has reached out to a Beta attorney and the Denver City Attorney's Office for comment.

The Excise and Licenses case against Beta revolves around testimony from the undercover vice detectives, but also from a cop who had been working off-duty at Beta over the summer. That police officer reported to colleagues that "it is not uncommon for fights to occur in the location and that security staff has regularly reported to him fights between rival gang members," and that management has "shown no interest in preventing the potentially violent individuals from entering the club." Beta can no longer employ off-duty police officers due to the public nuisance case.

This specific Show Cause order marks the second time that Beta has gotten hit by one under the ownership of Corleons, who took over operating the club not long after it reopened in late 2019 following about a year-long closure. In September 2020, Beta faced a Show Cause case charging that it had violated COVID rules in June. That case ended with a settlement agreement between the city and Beta.

Corleons, whose other venues, like the now-closed Dorchester Social, have faced administrative action by the city, argues that he's being targeted because his clubs bring in Black patrons. He says he plans to keep Beta open.