Seedstock Brewery
The idea of family connections has always been behind the beer at Seedstock Brewery. It’s why brothers Ron and Jason Abbott and their dad focused on old-world lagers that honor their Czech and Eastern European heritage, as well as their fourth-generation Nebraska farming roots, when they opened the brewery in 2016 — and it’s also why they decided to sell the brewery last month.

“It might sound funny, but this was not a hard decision to make. Some things are more important than business and beer,” Ron says. In this case, that thing is, of course, family; Ron has moved back to Omaha to help take care of some ailing relatives, which necessitated the sale.

Easing the blow of backing away from something that they worked so hard to build, however, is the fact that the Abbotts have sold Seedstock to another family with similar values, Ron says. “The transition has been really smooth, really nice. A lot of [regulars] know us,” says Adam, a Colorado native who was born in the San Luis Valley (where his mother’s family were farmers and ranchers like the Abbotts) and grew up in Aurora. “Our values are going to be very similar to the previous owners' when it comes to community and family. That is our upbringing.” 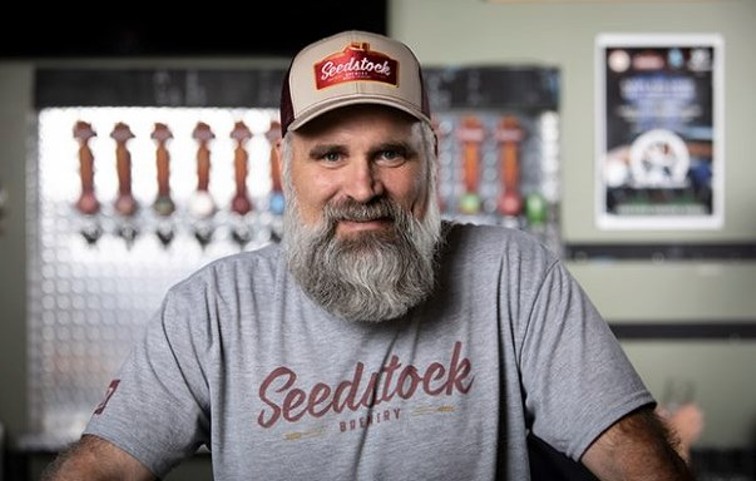 Ron Abbott co-founded Seedstock Brewery in 2016.
Seedstock Brewery
The Abbotts and the McIlvennas have known each other for about ten years. The relationship goes back to when Ron and Jason were buying supplies at the Brew Hut in Aurora and Adam and Jerry were working at the famed home-brewing store (which is run by the owners of Dry Dock Brewing). They have also collaborated with the Abbotts on beers, including Seedstock's lauded Oktoberfest lager.

On Sunday, Adam will tap his first family recipe, a Munich-style helles, and he plans to continue making some of Seedstock’s recipes. But he would also like to add in some traditional styles from his own family background, which is Scottish and Irish on one side and Hispanic on the other. He’d also like to can more of Seedstock’s beers and distribute them to a few local liquor stores.

In November, Ron and Jason plan to return to Seedstock to help brew another old-world lager, and Ron says he will continue to visit frequently and help out with some back-office jobs, like accounting and website maintenance. “I can’t hide my passion for both the beer and for what Seedstock is all about,” he says.