In a statement, Caplis, the namesake of Dan Caplis Law, contends that "Wongel was killed by the extreme recklessness of Glenwood Caverns and its ride operators." He adds that Wongel's parents, Estifanos  Dagne and Rahel Estifanos, intend to use the complaint "to force the full truth to be disclosed to them, and to the public. Their mission is to protect other families by holding all who are responsible for the killing of their daughter fully accountable, and by sending a loud and clear message to the entire amusement park industry."

The September 5 trip to Glenwood Caverns taken by the Estifanos family — Estifanos, Rahel, Wongel and her two-year-old brother, along with Wongel's uncle, aunt and their young children — was their first outing since the start of the COVID-19 pandemic in March 2020.

At the park, Wongel joined her uncle and two of his kids on the Haunted Mine Drop ride, described as "a drop tower-style ride that uses gravity to create free fall." According to the suit, they followed the directions given by operators — and Wongel met the height requirement to join the group.

After the passenger compartment of the ride plummeted, "Wongel's uncle checked to see whether Wongel had enjoyed the ride," the complaint notes. "He was stricken with terror to see that Wongel was not in her seat."

At that point, it continues, "Wongel’s uncle then saw Wongel’s battered body at the bottom of the mine shaft. Wongel had fallen to her death, suffering numerous fractures, brain injuries and internal and external lacerations."

After that, "Wongel’s uncle and other relatives on the ride screamed in horror and tried to get out of the ride to run to Wongel." However, "the ride would not release them, and pulled them 110 feet back up to the top of the mine shaft." 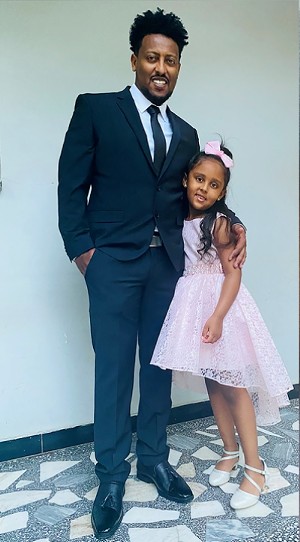 The State of Colorado's accident report, made public on September 24, picks up the story from there. At 8:41 p.m. on September 5, Scott Narreau, a Colorado Department of Labor and Employment staffer assigned to the Amusement Rides and Devices Program division, learned about the incident from Nancy Heard, the park's manager; Wongel had died about an hour and a half earlier. By then, the ride had been shut down and representatives from the Garfield County Sheriff's Office were on the scene. The park remained closed through September 10 "in light of the fatality," according to the report.

A subsequent investigation revealed that the ride's operator "did not notice Ms. Estifanos was sitting on both seatbelts." As a result, "the seatbelts were not positioned across her lap" when the passenger compartment dropped.

Investigators concluded that Wongel's death resulted from "multiple operator errors, specifically failure to ensure proper utilization of the passenger restraint system (seatbelts), and a lack of understanding and resolution of the Human Machine Interface (HMI) screen error conditions on the control panel. Factors that led to the operator error were: lack of procedures; inadequate training; more than one operator taking responsibility of a ride during a ride cycle; the restraint system involved."

The mother "informed Glenwood Caverns that when the operators walked out, ignoring their cries for help, '…I sat there knowing that the floor was about to roll away with him not buckled in. I understood the ride went faster than free fall so was immediately thinking about how to try to protect my small child from what was about to be a large flailing body that was about to come crashing down onto our heads,'" the suit continues. "The operators of the ride came back into the room and apologized and put the seatbelts on the unrestrained rider."

According to the suit, the plaintiffs "seek economic and non-economic wrongful death damages, past and future, including but not limited to: grief, loss of companionship, impairment of quality of life, inconvenience, pain and suffering, emotional stress, fear and anxiety, funeral and burial expenses, and financial loss," as well as "a post-trial finding that the acts causing the death of Wongel Estifanos constitute a felonious killing."

A Glenwood Caverns Adventure Park spokesperson had this to say about the latest developments: "Glenwood Caverns is aware of the lawsuit. It would be inappropriate to comment on pending litigation. Our hearts go out to the Estifanos family and those impacted by their loss."

Click to read the Wongel Estifanos wrongful-death lawsuit and the State of Colorado's Haunted Mine Drop accident report.

This post has been updated to include a statement from Glenwood Caverns Adventure Park.