What Led to the Terrible Last Minutes of Zach Gifford's Life

The law enforcement officials who gunned him down — Kiowa County Undersheriff Tracy Weisenhorn and Deputy Sheriff Quinten Stump — knew Gifford not as a violent criminal, but as a much-prized member of the community. Yet they still opened fire in a remote location outside Brandon, an eastern Colorado community so small (estimated population: twenty) that it's referred to locally as a ghost town. And the final bullet that led to Gifford's death wasn't unleashed by Stump until eighteen seconds had passed — more than enough time for him to realize that Gifford, who was more than twenty yards away when he was struck in the back, wasn't a danger to anyone, according to a federal wrongful-death lawsuit. He died shortly thereafter, after being fitted with handcuffs.

That complaint, filed October 20 in U.S. District Court for the District of Colorado on behalf of Gifford's estate, names Weisenhorn and Stump as defendants, along with former Kiowa County Sheriff Casey Sheridan, who reportedly resigned during public outcry over the shooting; current Kiowa County Sheriff Forrest Frazee; and Kiowa County's board of commissioners. But the document goes well beyond the facts of the case, which are at the heart of a criminal charge against Stump; he was indicted by a grand jury in January 2021. Also included are testimonials about Gifford, who made his living as a handyman, from several notable members of the community.

Eads Mayor Joseph Shields is quoted as saying that Gifford "was definitely a people person and was always jovial, his outlook was positive and he enjoyed life and the people around him. … He worked tirelessly and was constantly focused on doing the best job possible. If you needed anything and he possessed it, it was yours. He was always respectful to people and I believe that he bore no animosity to anyone. Zach enjoyed life and I can’t remember seeing him when he was not smiling. To Zach, family was everything and the feeling was reciprocated. He not only had his family by birth but he had an extended family of the Eads Community and all of the people he met and with whom he associated." 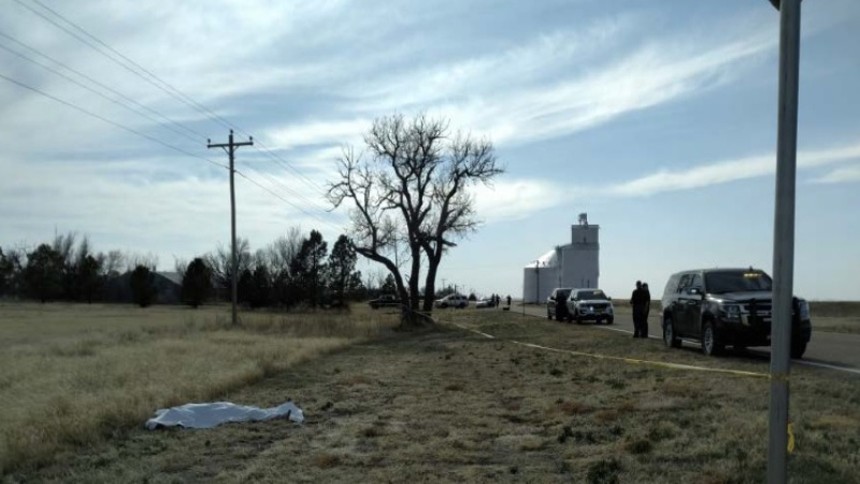 The scene after the shooting, with Gifford's covered body seen in the foreground.
Holland, Holland Edwards & Grossman
This theme is reinforced by John Holland and Anna Holland Edwards of Denver-based Holland, Holland Edwards & Grossman, who represent Gifford's parents, Larry and Carla Gifford. "They're pillars of the community," Holland notes. "He was on the school board. She was on the school board. He was on the town council. He was the P.E. coach. They're beloved figures in this county, but these officers killed their son. And Zach was plugged into the community in a million different ways. It's exceptional to us that he was such a servant that people were literally blown away by his killing."

This response was evident on the marquee of the Crow-Luther Cultural Events Center in Eads; after the shooting, the venue's sign held a single word: "Zach."

The suit's incident timeline begins on April 9, 2020, when Gifford had agreed to help a friend, Bryan Morrell, unload a log splitter off a truck outside Brandon. Neither knew at the time that Weisenhorn was nearby watching a house suspected of drug activity — and Gifford was rumored to have been a drug user. Weisenhorn subsequently initiated a traffic stop of the truck on Main Street, a dirt road just off State Highway 96, on the pretext that Morrell hadn't properly signaled a turn.

Stump arrived shortly thereafter, even though he was actually under suspension at the time for what the complaint synopsizes as "insubordination"; he also had a history of using force to stop suspects from fleeing. Three examples are included in the lawsuit, including an episode on Christmas Day 2019, when he opened fire on a stolen truck. Yet Stump remained on the force, in part because "he was well known to be the top earner for the Sheriff’s Office through fines generated from his extensive issuance of traffic tickets, which also provided substantial revenue that the Board of County Commissioners relied on for County expenses," the suit claims. "Deputy Stump was frequently praised for going 'above and beyond' in his 'dedication to traffic stops.'"

After the traffic stop, Gifford and Morrell were patted down for weapons and nothing suspicious was found; the Leatherman, box cutter and pliers possessed by Gifford were tools of his trade. But Stump continued the search and ultimately found a plastic bag in Gifford's pocket that he thought might contain drugs. At that point, Gifford began to run, but he didn't get far; Stump tackled him and Weisenhorn tased him. But after Weisenhorn pressed her gun to his back and threatened to "fucking shoot," Gifford managed to break free again and ran into a deserted field. Weisenhorn responded by shooting Gifford in the back, and Stump joined in shortly thereafter, hitting him a second time.

Gifford kept going, prompting a third shot that apparently missed. But the fourth shot by Stump, eighteen seconds after the previous one, felled Gifford on the spot.

"They dropped him like a wounded game animal, for doing nothing," Holland emphasizes. "And Zach's suffering wasn't over, because he didn't die instantly. Weisenhorn and Stump ran up to him, and while he was bleeding out, they handcuffed him — and he died about two minutes later," after asking the officers to tell his parents that he loved them. 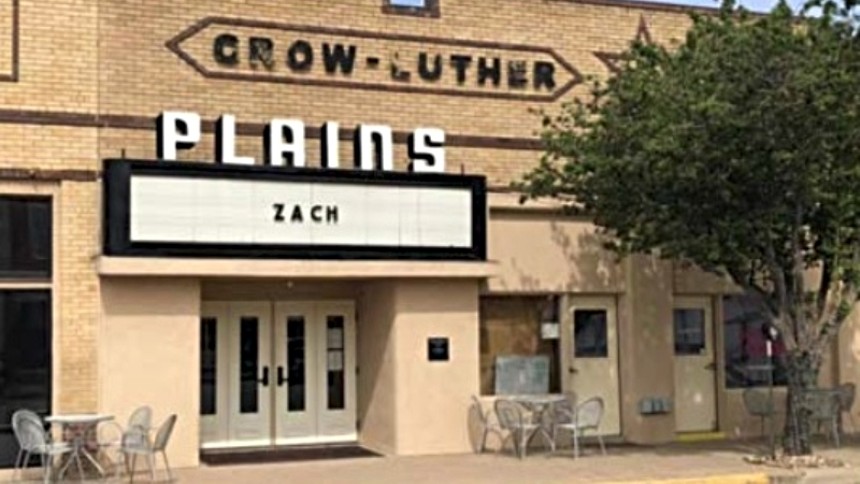 The larger part of a year passed before Stump was indicted for the shooting, and while Weisenhorn was briefly suspended with pay, she remained in the employ of the Kiowa County Sheriff's Office before belatedly being fired in March.

The incident was captured on video from a body-worn camera, but the footage has not yet been released, owing to the ongoing criminal case against Stump. In the meantime, Holland Edwards notes, negotiations over compensation for Gifford's death went nowhere.

"The county had every opportunity to take meaningful responsibility before we were involved, and since we've been involved, it seems that nothing really happened until after Stump was charged," she adds. "To get a full public airing and send the message about the importance of Zach's life that needs to be sent to police everywhere, filing appears to be the only way to get that done."

Adds Holland: "We live at a time of accountability, and in our experience, there is no sufficient explanation for not accepting full responsibility for what happened here. And because we cannot achieve that out of court, we're going to court to ask a jury to provide it."

The Kiowa County Board of Commissioners declined to comment about the lawsuit; the Kiowa County Sheriff's Office has not yet responded to Westword's outreach. Click to read Estate of Zachary Gifford v. Tracy Weisenhorn, et al.