New Image Brewing
In the next few weeks, New Image Brewing will release a series of rich imperial stouts that have been aging for up to a year and a half in a variety of bourbon and rye barrels. It took that long, says brewery founder and head brewer Brandon Capps, for the beers to reach the proper level of maturity.

But the beers aren’t the only things that have aged well at the Arvada-based brewery.

Sometime in early 2022, New Image will open a second taproom and a small patio with a wood-fired pizza truck out in front of its four-year-old production space at 9595 West 44th Avenue in Wheat Ridge. A few months later, it plans to debut a 10,000-square-foot beer garden and food truck park on the other side of the building (which it now owns) that Capps likens to a cross between Finn’s Manor in Denver and the Edgewater Public Market food hall. “The goal is to turn it into a multi-tenant collective,” Capps explains. “We’re also in discussions with people who do coffee and cocktails."

When it's finished, the new space will be the culmination of a plan that began in 2017 and changed numerous times until, like the beers, it reached the proper level of maturity. A portion of the building that will become New Image's second taproom.
New Image Brewing
Back then, New Image signed a lease on just 1,500 square feet of space in the corner of the Wheat Ridge building, where it planned to house some fermentation tanks, a canning line and maybe a second taproom. But the original brewpub in Olde Town Arvada was getting more and more cramped, so New Image took over an additional 4,500 square feet, adding a four-vessel, twenty-barrel brewhouse in Wheat Ridge.

"As usual, we underestimated our needs," Capps says. In fact, by 2019, production needs had displaced the space reserved for the planned taproom, so the brewery took on more space and began designing a taproom that it would build from scratch at the front of the building, facing 44th Avenue. By early 2020, New Image was ready to start construction — but then the pandemic hit and everything shut down.

"While this stagnant state was incredibly difficult, it also presented us with an incredible opportunity, and in December of 2020, just days before Christmas, we purchased the property where we've been operating our production facility and secured our future at this site indefinitely," Capps says. "It’s really exciting to be able to own our own building. It makes everything so much easier." New Image's Brandon Capps wants to pay employees a livable wage.
New Image Brewing
Part of the reason New Image was able to emerge from the pandemic in a better position than before was because it had already raised the capital it would need to expand. The brewery had also found sales success with its signature beer styles, hazy imperial IPAs, heavily fruited sours and adjunct stouts.

"So when the pandemic hit, we pushed the pause button," Capps explains. Although taproom sales were down 70 percent, New Image grew its sales of packaged beer to stores. "We managed not to lose a ton of money by being as creative as we could...and we didn't need to lay anyone off." Some of New Image's 27 staffers worked on landscaping efforts or on the packaging line, while others did odd jobs like making masks. "We were happy and lucky that our employees were as cooperative as they were."

And although the brewery's total sales volume is still below pre-pandemic levels, revenues are up, in part because New Image has raised prices on its canned beer — something that Capps says is justified based both on the cost of the ingredients and the intricacy of his processes, and because he is trying to pay his employees more livable wages. "The cost of having a well-payed staff who have benefits is asking [consumers] what we need to ask for for the beer." 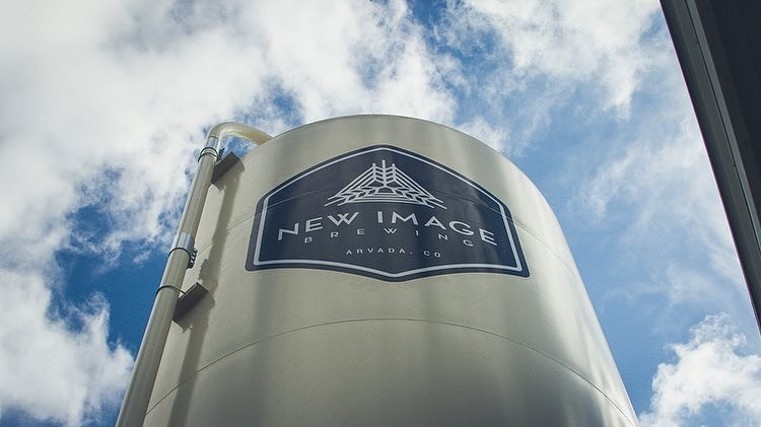 New Image Brewing
The idea that brewery employees should expect less money because they are "doing what they love" is a cliché that needs to go away, he adds. "We are trying to take that out of craft-beer culture. It's about damn time we have good benefits and good pay for people making beer."

Having a second taproom with higher margins on sales will help that effort as well, Capps says. And New Image is now "aggressively" seeking out locations that it can buy to add a third or even a fourth taproom — possibly with one in the mountains and one in the Colorado Springs area.

In the meantime, though, it's going to focus on doing what it does best: turning out boundary-pushing beers, like Live Resin, a fresh-hopped IPA made with distilled hop oils (it will be available Friday), and that series of barrel-aged stouts that took so long to age.