Spuntino Instagram
Gnocchi with 'nduja, romesco, toasted almonds and aged Pecorino is currently on the menu at Spuntino.
Monday mornings are tough. But this new series isn't. Social Sightings is your quick look at interesting food tidbits that we've spotted recently. It goes down as easy as your first cup of coffee, and should whet your appetite for the week ahead. 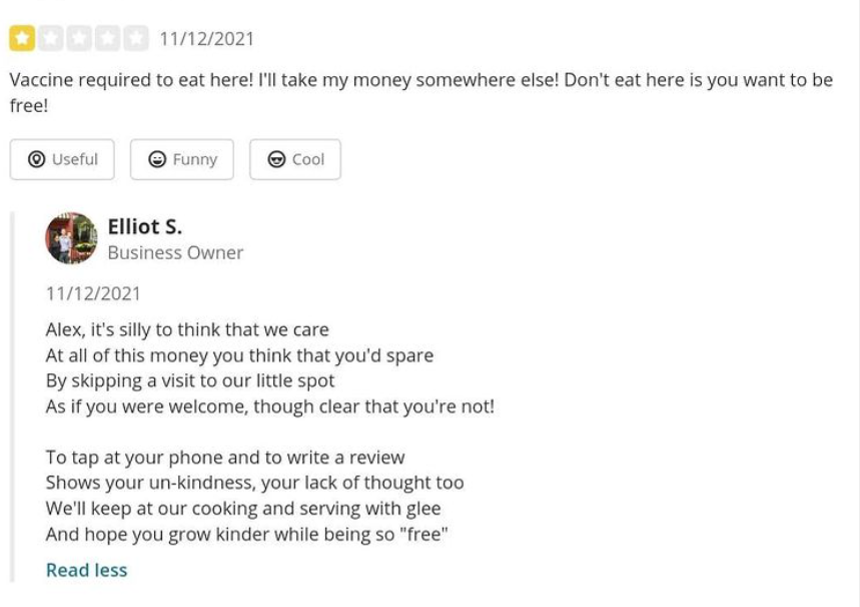 Spuntino/Instagram
Spuntino's Instagram feed is normally full of gorgeous shots of pasta paired with quippy poems by owner Elliot Strathmann. But on November 12, Strathmann put his poetic skills to a new use in response to a one-star Yelp review — Spuntino's first in over two years, he notes. Both the response and the review, which took issue with the restaurant's vaccine requirement, were shared on Instagram. Spuntino is one of only a handful of restaurants in Denver requiring proof of vaccination to dine; others include Bar Max, To the Wind Bistro (on Wednesday nights only) and all of restaurateur Frank Bonanno's concepts, which include Mizuna, Luca, Osteria Marco, Green Russell, Russell's Smokehouse, Vesper Lounge, Lou's Food Bar, Salt & Grinder, the Milk Market food hall and the newly reopened French 75.
Instagram: @spuntinodenver The new Bangkok Nights roll.
Sushi-Rama
All four Sushi Rama locations have rolled out four new rolls. Fresh options include the Mean Green roll, with softshell crab tempura; the Alamosa striped bass-topped Alamosa roll; the Baby Dragon, with unagi, avocado, tempura crunchies and spicy yuzu sweet soy; and the Bangkok Nights, with cucumber, mango, bean sprouts and Bibb lettuce, topped with seared New York strip, scallions, cilantro, crispy onion and garlic, pickled Fresno chile and coconut curry vinaigrette. If you haven't been to this conveyor-belt sushi spot in a while, this is your sign to visit.
Instagram: @sushi_rama_restaurants 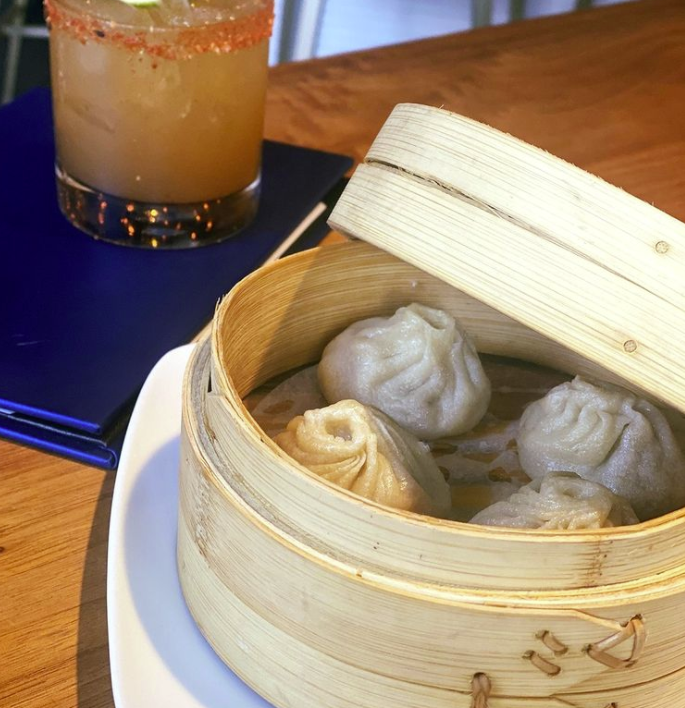 ChoLon/Instagram
There's a new lunch option downtown: ChoLon is now open 11:30 a.m. to 2 p.m. Wednesday through Friday for your mid-day meal — which should, of course, include the restaurant's much-loved French onion soup dumplings. Then pop next door to its new sister restaurant, YumCha, for some barbecue bacon cheeseburger shumai.
Instagram: @cholon_denver Blue Agave Grill
Just a couple of blocks down the 16th Street Mall from ChoLon is Blue Agave Grill, where you can get one of the best fall soups around: pumpkin espresso bisque. The combo might sound odd, but the addition of coffee gives this dish depth. The caffeine-boosted creamy pumpkin purée is topped with a balsamic reduction and crunchy toasted pumpkin seeds.
Instagram: @blueagavegrillcolorado

T.S.R.
T.S.R. (This Shit Rules), which opened inside American Bonded in October, recently added a few new menu items, including the ultimate snack to accompany late-night drinking: a grown-up version of Hot Pockets. Made with puff pastry, stuffed with your choice of cheese or pepperoni pizza filling and served with a pesto and marinara dipping sauce, it hits all the right nostalgic notes.
Instagram: @t.s.r._chimichurribros