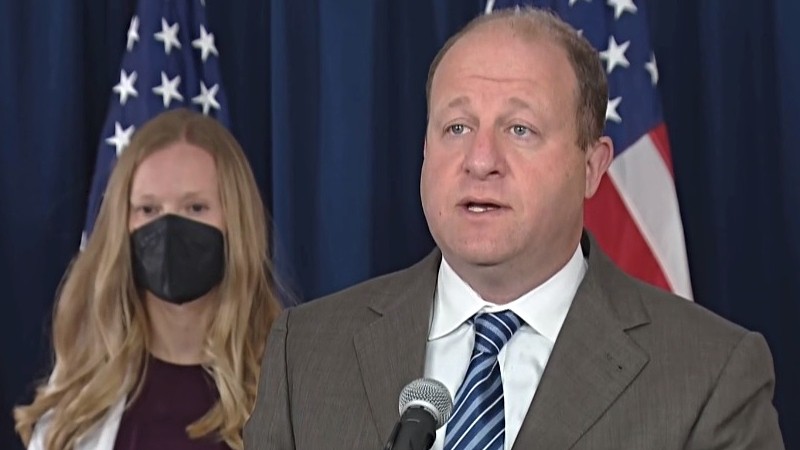 "Where we are now is simply not sustainable," Polis said. "We are close to our hospital capacity."

For this reason, Polis and his two guests, Colorado Department of Public Health and Environment lead epidemiologist Dr. Rachel Herlihy and COVID survivor Jill Lester, talked up the benefits of monoclonal antibody treatment, which can reduce the chances of hospitalization by as much as 70 percent if it's administered within three days of an individual experiencing mild to moderate symptoms that haven't reached a threshold requiring hospitalization. Such therapies aren't nearly as effective as vaccination, but because some people appear to be locked into a position opposing such shots no matter what, officials understand that these alternatives are better than nothing.

Polis began his address by citing one of the most disturbing stats related to the pandemic: Right now, one in every 48 Coloradans is believed to be infected with COVID-19. No wonder 1,476 individuals are hospitalized for the disease in the state as of today — and all but 279 of them are unvaccinated.

Regarding those who have been immunized, Polis encouraged booster shots — something for which every Coloradan over the age eighteen is now eligible six months after being vaccinated with Pfizer or Moderna medications, or two months after receiving the Johnson & Johnson version.

Polis then outlined actions taken over the past week to deal with what he called the "dire" situation presented by rising cases, among them expanding hospital capacity by 500 beds (about half will be designated for acute-care patients, with the rest set aside for folks who are recovering but not yet ready to go home); arranging for federal assistance to supplement hospital staffing; looking at vaccination and masking requirements for large indoor venues such as Ball Arena, which has already put such a mandate in place for attendees; and increasing the number of sites and mobile buses delivering monoclonal antibody treatment statewide.

Herlihy estimated that if 50 percent of people who could be helped by such treatments receive them, hospitalizations could be reduced by 150 to 300 individuals if trends continue on their record-threatening trajectory; Colorado's high point thus far was 1,874 confirmed COVID patients on December 1, 2020. This level of buy-in could minimize the risk of exceeding hospital capacity by 30 percent and reduce deaths by as many as 210 by the end of February 2022, she added.

After Lester shared the story of how she and her husband, who'd been vaccinated in March but experienced breakthrough COVID cases in August, experienced rapid recoveries after getting the treatment, Polis invited questions. Many of the inquiries again touched on the possibility of a new statewide mask order — and once again, Polis refused to bite. He also was asked if there was anything more he could have done over the past six to eight weeks to prevent the kind of spikes the state is currently experiencing. "We did well," he said. "We always wish we did better."

He also kept up his tough talk about people who are still resisting vaccinations. To those among them who catch COVID, he stated simply: "You made a mistake...but we're not going to hold that against you. We want to give you the very best treatment we can, and monoclonal antibody treatment is the best chance you have of making it through this."

And not filling an intensive care unit bed that would probably be available had such individuals simply gotten inoculated months ago.