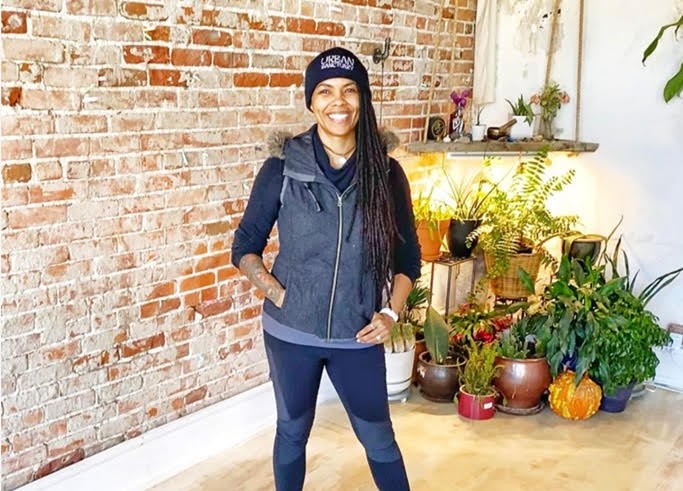 Erika Righter
Ali Duncan
With a rich and layered history, Five Points is a place that both visitors and locals should spend some time learning more about. The neighborhood has seen shifts in demographics since it became a streetcar suburb in the 1870s and 1880s, always in response to social and political changes that it continues to see today. Known as the “Harlem of the West,” it was a frequent stop for jazz greats like Billie Holiday, Louis Armstrong and Miles Davis, who played clubs like the Rossonian. It also became its own self-sustaining community made up of predominantly Black-owned small businesses.

While the demographics of Five Points have changed quite drastically with Denver’s rapid gentrification, there are Black entrepreneurs and community leaders fighting to keep a stronghold in the neighborhood. That includes Ali Duncan, who has been bringing healing to community members for six years with her gorgeous space, Urban Sanctuary, right in the heart of Five Points on Welton Street. From R&B yoga to meditation and aerial classes, her studio offers entry points for yoga practitioners of all levels of experience and interest.

We met up with Duncan to get to know more about her small business journey and what folks can expect when they sign up for a class at her studio.
click to enlarge 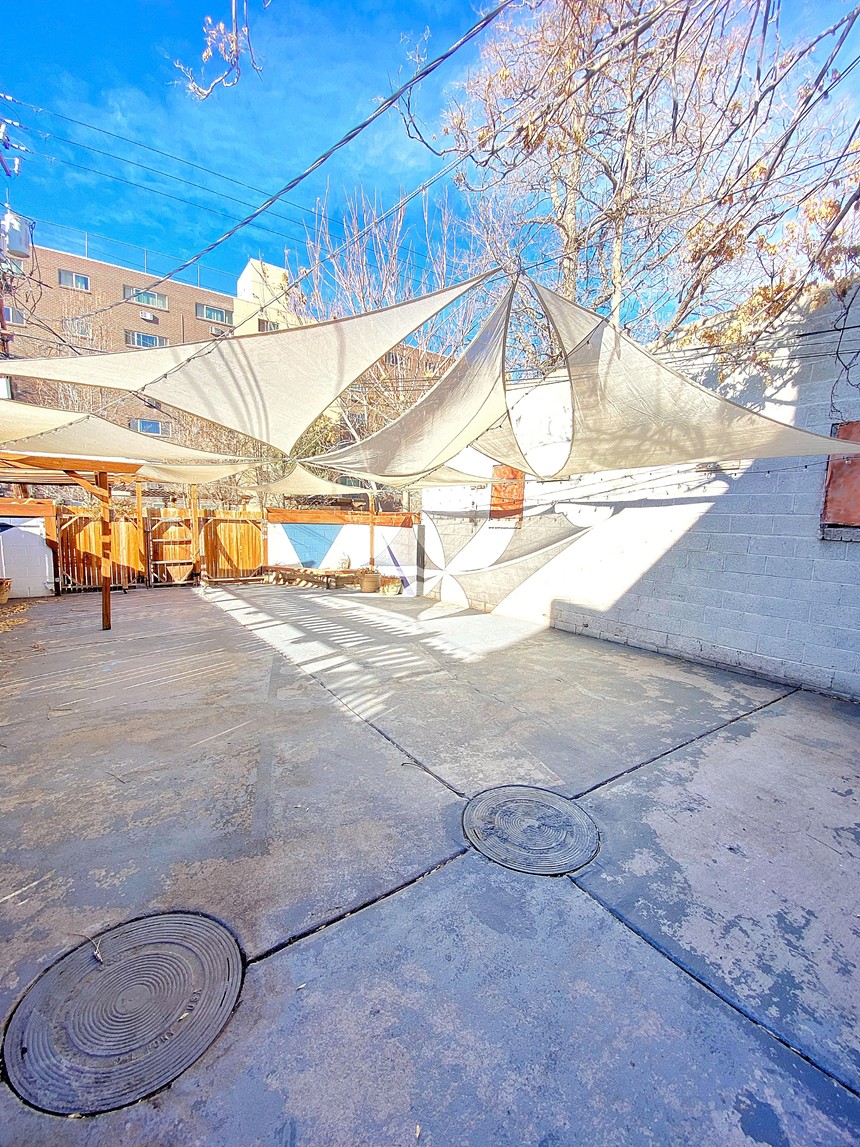 Westword: You had a really interesting journey to get to this point. Can you tell us a bit about the path that led you to opening a studio?

Ali Duncan: I was doing reiki and energy work for seventeen years, and my ex-husband was a firefighter, and we hung around a lot of police officers, and I thought I could do that job but come at it from a place of compassion. I became the first female officer in Fort Collins, and I was on the force for ten years. While I was an officer, in 2011 I was able to go to India to study yoga and came back and offered it at the police department. I learned a lot, and when a new chief came in and the environment really changed, my husband and I both left.

How did yoga become a focus for your own space?

When I was in Fort Collins, I would go to yoga studios and classes, and I was almost always the only Black person in the room. I also noticed these spaces were not welcoming to queer people and other marginalized identities, so I wanted to create one that was — where people could rent rooms to share their gifts. I opened Urban Sanctuary in 2016.

What does it mean to you to have a small business in Five Points?

My dad would drive us down to Denver to go to the Black churches, and he would tell us to stay away from Five Points because it was dangerous — he knew this because he would come to gamble in the same building I have my studio in now!

Let’s talk about this building. There is some serious history here.

This building picked me. I saw it on craigslist and I got goosebumps. It was an abandoned speakeasy, and I fell in love with the building. I knew it was where I was supposed to be. There is a plaque outside that talks about how Frederick Douglass’s sons had a mortuary here in the 1800s. You can feel the good energy in here, and you know it was a respectful place back then, too.
click to enlarge 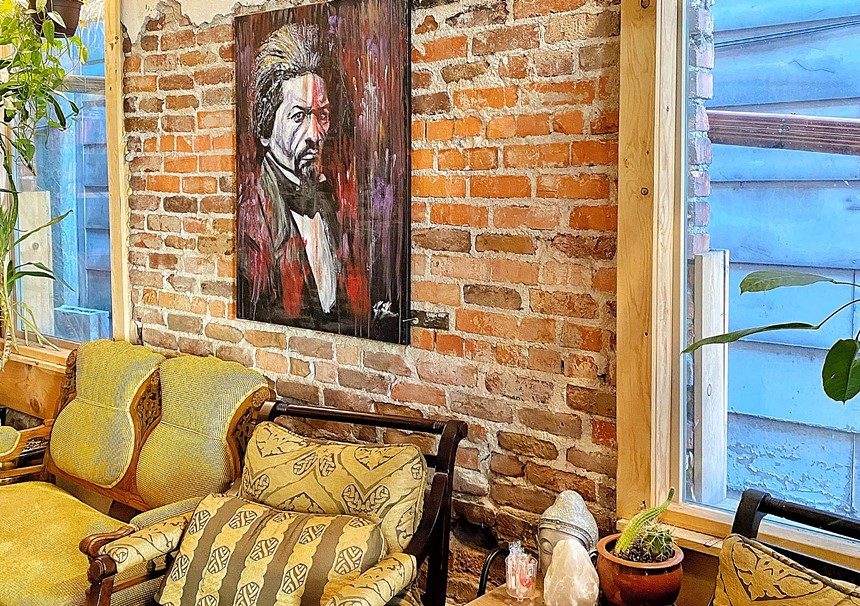 Frederick Douglass’s sons held a mortuary in the building in the 1800s.
Erika Righter

What should people new to Denver know about Five Points?

They should explore the history that for a long time, it was a predominantly Black-owned district, and there are a handful of us who are still holding on. There is a rich history with jazz, and everything it offered to the community, and you can see that in the spring and summer with festivals. If you’re in RiNo or LoDo, you’re really in Five Points, and you should understand that this is where the history is preserved.

You have a lot of classes here. Can you tell us about some of them?

We have vinyasa which is a heat class, a gentle yoga moon class, our tarot and flow, or frequency reiki and yoga are cool, too. We also have naked meditation and yoga classes and aerial. And then there are BIPOC-only classes, which have grown a lot, and then those folks feel comfortable exploring more classes. We also have teachers who reflect that intentionality; the majority are BIPOC, and several identify as queer.

How should someone figure out which class is right for them, especially if they’re new to the practice?

For new people, we have so many beginner classes, like yin yoga on Sunday mornings, which is very gentle, and our void classes for meditation are a good way to get people in. We also have a code for four classes for $22, just to try.

What do you think people need to know about being a Black- and woman-owned small business?

I’m the only Black-owned yoga studio in Colorado, and sometimes our classes and setup are just different than people are used to. We’re here for the people who resonate with it, and who are open to something different. I try not to stress too much about it, but I definitely feel like I can’t fuck up — that I have to hold space for everybody and not express my own frustrations around racism.

As far as how Denver as a whole has supported me as a Black-owned small business — honestly, not good. For example, with me still trying to buy this building, I was told there was all this money to support the work we are doing, but nobody knows where the money is. And those who seem to know say it’ll be a couple of years before it comes out. I don’t see the city showing up for Five Points small businesses in a lot of ways that we need. I really need help with the fundraising to purchase this building, and I have run into a lot of roadblocks working with banks and just navigating that terrain.
click to enlarge 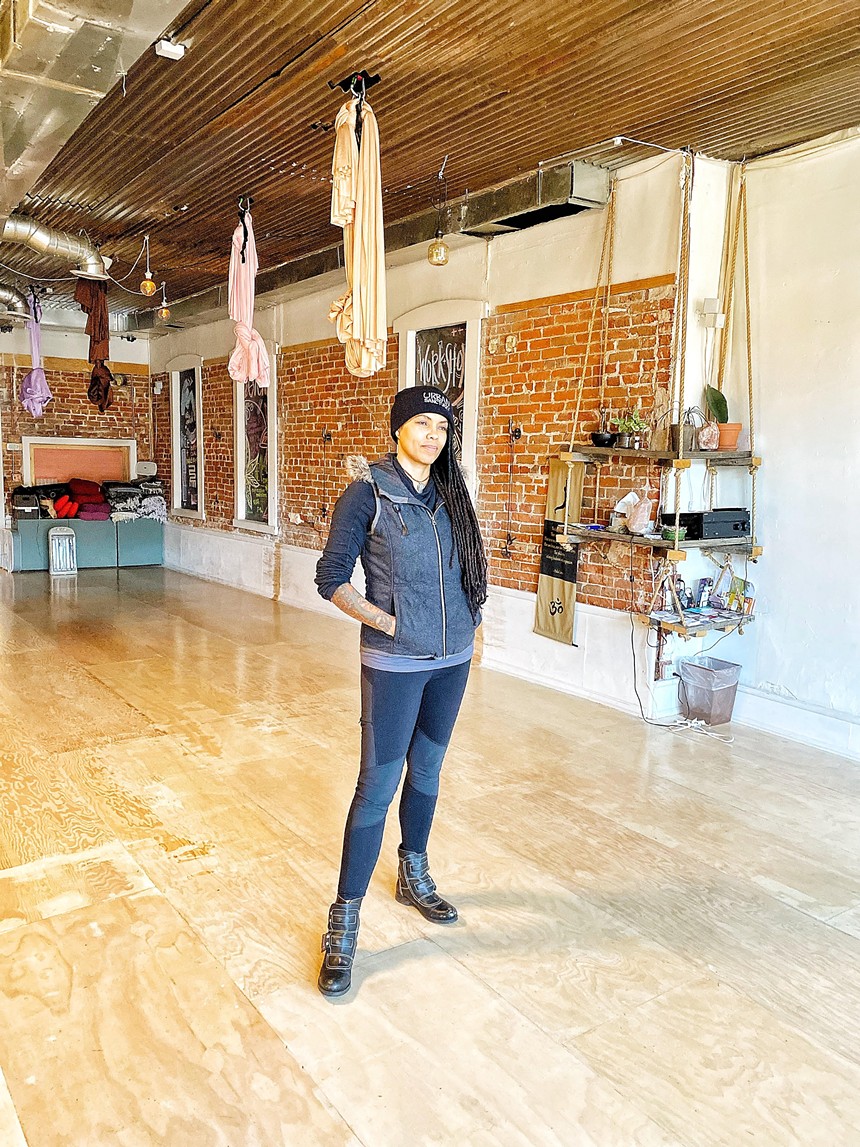 Duncan wanted to create a space that is welcoming to marginalized identities.
Erika Righter

You said you’re a grandmother to how many?? How has that impacted your business?

I have eight grandbabies, and I have always run businesses my whole life. I love having the freedom to have my kids and grandchildren come to the studio and be involved with what we do. The people who’ve been around in the community for a long time know my son and my daughter. She is one of the inspirations for my studio. My daughter is a Black, queer human, and she should have had a place like this to go to. My husband is also here a lot fixing things because we built this ourselves.

What is your favorite part of running Urban Sanctuary?

I like seeing it grow, and I like figuring out ways to expand it. Our online classes are growing, and this past year showed us how we can expand online by offering different classes. For a while, we could have three different classes going at the same time, because we can have one in the courtyard, one in the studio and one online. We have some classes that are only online, and that serves those who do not want to be in person still.

Tell us about the nonprofit you created.

The Urban Sanctuary Nonprofit creates free classes for the BIPOC, marginalized and queer community to have a safe space where they don’t feel judged and to be a part of what is not accessible for them. Right now my focus is to learn how to write grants and build up the fund, because right now the studio pays the nonprofit about $70,000 to fulfill the free scholarships, classes in the park — and we want to get the nonprofit to be at a place that it funds all of that.