Call to Arms Brewing screen cap
Chris Bell as the Khores Sexy Man.
Big Beer and small breweries have done their fair share of bickering over the years, on everything from tax breaks and supply-chain power to honesty in marketing, the meaning of independence and, yes, even pumpkin peach ales. There has been name-calling, along with lawsuits, temper tantrums and outright trolling.

Even so, the big beer companies — like AB InBev, Molson Coors, Heineken and Kirin — have worked to emulate the success that craft breweries have had, even when it means buying a brewery or three. And craft brewers themselves, well, they have a tendency to glorify some of the Big Beer brands when no one is looking — crushing a few PBRs after a shift or bringing that Coors Banquet to a kick-back.

Out of this love-hate relationship have come a number of small-batch craft beers and beer labels across the country that either made fun of, honored or teased the big guys. Some of these have been parodies, some have been tributes or homages, some were satire, and some were probably just plain old copyright infringement. A few were mean-spirited, but most were made with a twinkle in the eye. 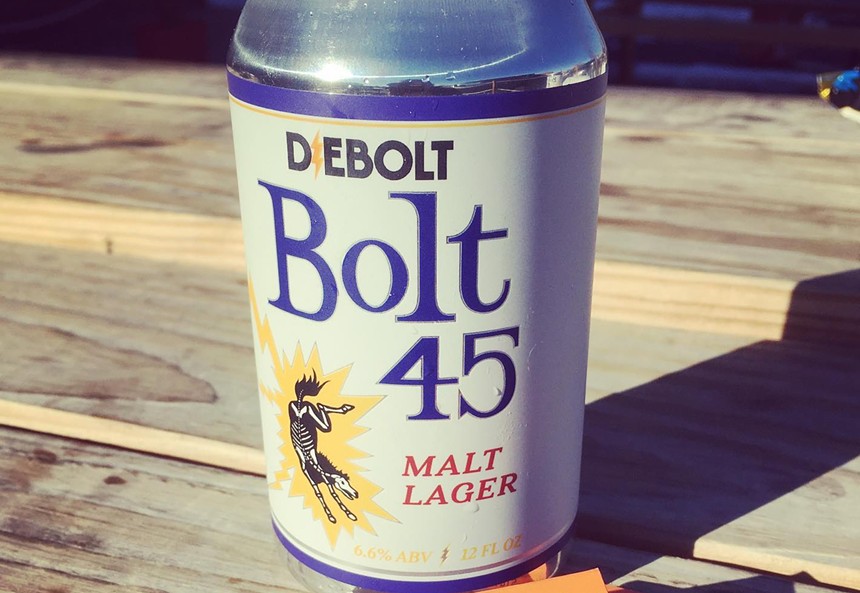 Diebolt Brewing
"I think that at the end of the day, the craft brewing industry, as it should be, is just as focused on having fun as it is on making high-quality beer," says Call to Arms Brewing owner Chris Bell. "Life's short, and if you can give people a giggle while they enjoy your beer, why wouldn't you?"

In 2016, Call to Arms debuted its Khores Ballroom Beer, a lighter lager brewed with "pure 1000% ice-cold Rocky Mountain spring water" and bearing a striking resemblance in name and flavor to the slightly better known Coors Banquet beer. Khores even came with a fake backstory, videos and a spokesman, the Khores Sexy Man, which played off of Coors's own Sexy Man campaign from the 1970s. Call to Arms later changed the name of the beer, perhaps at Coors's request, to just Ballroom Beer.

"For us, Ballroom was poking fun, but also an homage to the most drunk and oldest Colorado lager," Bell says, adding that he particularly loved the "ridiculous" Sexy Man campaign. 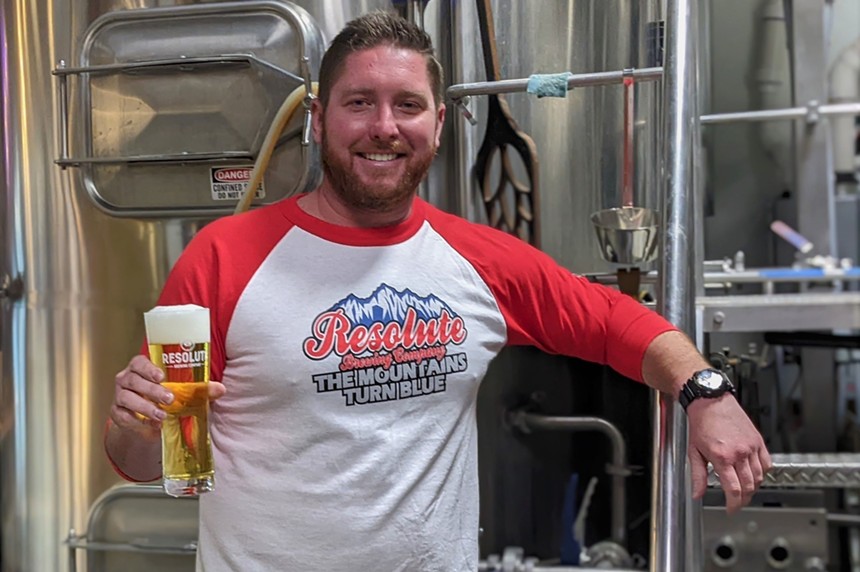 "Most people think that it's the cold that turns the mountains blue. False! It's actually our German style pilsner that makes that transformation happen," Resolute said in a Facebook post. Although there was no actual can in this case, Resolute did sell T-shirts with a familiar but modified blue mountain logo.

"We didn't go after Coors out of spite or ill will," says Resolute's Andrew Duvall. "Our staff was simply joking around one day and being nostalgic about their 2000s marketing campaign as we were brainstorming names for our new German pilsner...so we had our go-to design artist make a playful shirt." 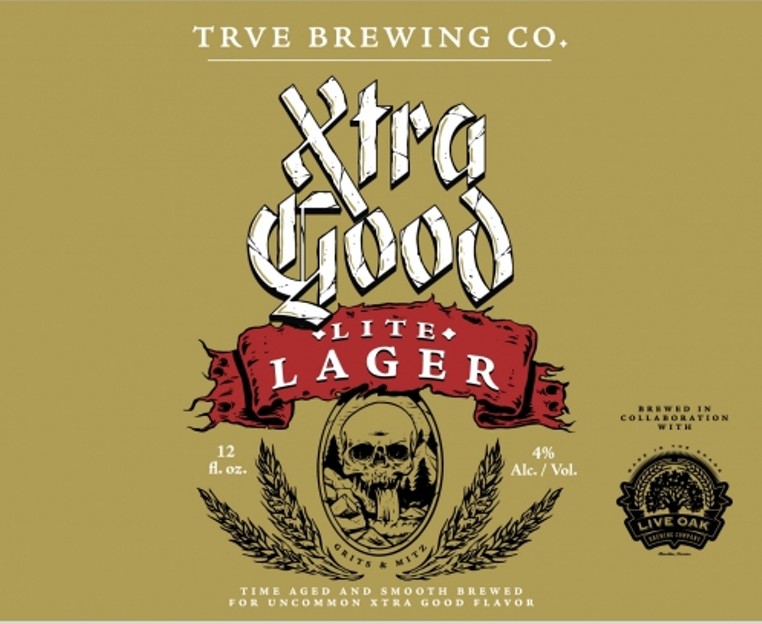 TRVE Brewing
A few weeks before that, TRVE Brewing turned out cans of Xtra Good, a 4 percent ABV light lager that is a straight-up homage to Coors Extra Gold, which quietly disappeared from shelves a few years ago. The beer started as a joke between TRVE and its friends at Live Oak Brewing in Texas.

"We came up with the concept...close to five years ago, during a GABF event at the hi-dive," explains TRVE founder Nick Nunns. "We were all crushing Extra Gold, and Dusan [Kwiatkowski] from Live Oak quipped, 'They should call this beer ‘extra good,' and an idea was born. ... It was well worth the wait."

"Brewed with the finest Colorado malts and Texas grits, this light lager will fill the void left by a recently discontinued beer built for crushing," TRVE said on social media. The can, which looks almost exactly like the original, even features the Coors waterfall — although it's pouring out of the mouth of a skull.

Diebolt Brewing, meanwhile, has done an entire "satirical lager" series that has included JohnTucky Bolt Snacks, a kolsch that plays off Montucky Cold Snacks; Bolt 45 Malt Lager; Boltweiser American Lager; and KronenBolt Pale Lager. Diebolt has even had fun "goofing" on other craft breweries with its Dogfish-themed 60 Pellet Juicy IPA and Made There, a poke at Made Here, an Americana lifestyle brand that was co-founded last year by Scott Eastwood (son of actor/director Clint Eastwood) and is brewed in Aspen.

Wiley Roots Brewing has also made a couple of parody beers taking on Anheuser-Busch and incorporating aspects of the labels for Budweiser and the former Bud Dry.