This Chocolate-Centric Restaurant Is Closing in February, but Hopes to Find New Space 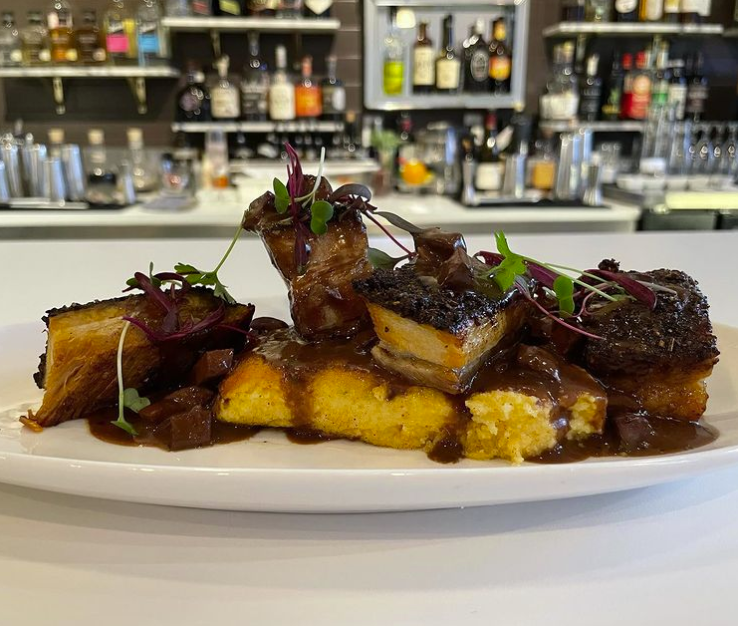 Chocolate Lab/Instagram
Chocolate is incorporated into savory dishes at Chocolate Lab.
Phil Simonson has no plans to get out of the food business. "It's too fun," he says. But the future of Chocolate Lab, his chocolate-centric restaurant at 2504 East Colfax Avenue, is uncertain: Owing to circumstances beyond his control, Simonson has to move out of the eatery's current space by the end of next month, so Chocolate Lab's last day will be February 19.

But Simonson isn't giving up his sweet dream just yet, and plans to look for a new space. "I'm hoping we're going to be able to do that fairly quickly, open it and make it better and bigger and run from there," he says.

Simonson, who did not have a culinary background before he started making chocolates as a hobby while working in corporate America, launched Chocolate Lab with just $1,500 in 2010, selling his creations at farmers' markets, and other events as well as online.

As his business grew, Simonson connected with a friend who owned New World Cheese, which was in the current Chocolate Lab space. "Her business was struggling, so she asked me to move in with her to help her with offsetting rent prices and things like that," he recalls, which he did in 2016. After the cheese shop eventually went out of business, Simonson took over the space in 2017. Phil Simonson, owner of Chocolate Lab, stands in front of an image of the chocolate molecule.
Molly Martin
That's when he decided to move beyond chocolate confections, transforming the space into a full chocolate-centric restaurant. "It's been a passion of mine since I was a little kid to own a restaurant," he explains. "When I was five years old watching the Golden Girls and Three's Company...I would see them go to the Regal Beagle or the Golden Girls go sit in their big round booth and talk. I was like, 'I want to own a restaurant so people will come and sit and chat.'"

The East Colfax space gave him the opportunity to do just that, and since he'd already gained traction with chocolate, he leaned into that concept. "We put a little chocolate in all of our food, except the mac and cheese and grilled cheese — we can put it in there if you want, though," he notes. "Back in the kitchen, when you're incorporating chocolate into food, you can have so much more fun than you can just with making traditional truffles and other goodies." This unique approach garnered Chocolate Lab a lot of attention, including a recent appearance on the Cooking Channel with chef Robert Irvine.

It has also been a hit with tourists, who enjoy the opportunity to try something different while visiting  Denver. The lack of travelers during the pandemic definitely led to a drop in business, but Simonson was able to supplement with online chocolate sales. "We were shipping chocolates all across the country, and that kept us really busy," he says. "We were actually hiring in the beginning of the pandemic and bringing people in because we were shipping out so much." 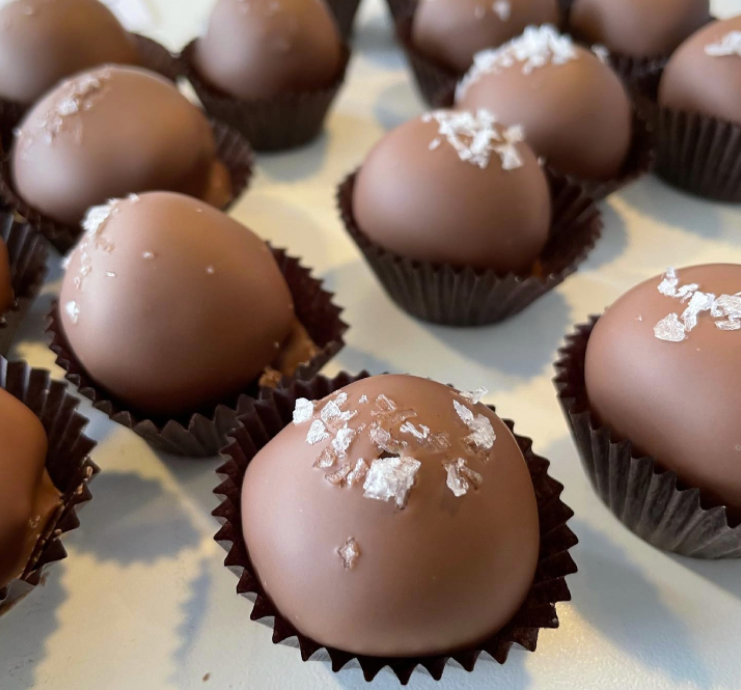 Shipping chocolates helped Chocolate Lab survive the pandemic.
Chocolate Lab/Instagram
Chocolate Lab also added a take-and-bake lasagna in meat and vegetarian versions to help the business stay afloat. The constant fluctuations were tough, but came with upsides, as well. "I definitely learned to have a lot more patience because of the pandemic," Simonson notes. "It gave us some time to slow down and fix some things that were not working in the business...so we were able to recalibrate and restart."

In recent months, Simonson had seen an encouraging uptick. "Business has really been stellar," he says. "We've really seen an increase since September." But while he feels lucky that his sales didn't take as big a hit as other restaurants suffered, he still took on debt over the past two years. On top of that, his estimated cost to move to a new location is $200,000 to $250,000; there is a GoFundMe account for anyone who would like to contribute to covering some of those costs.

Right now, though, Simonson is focused on his last few weeks of service, which include Valentine's Day, one of the busiest times of the year for the restaurant. And if he can't find a new location?

"I'll probably do a new concept in a food truck," he says, adding that he's got over a dozen food-business plans in the works, because "I was bored during COVID." But even with backup plans, the thought of Chocolate Lab going away for good is a tough one, especially because he has such a strong team right now. "To lose any of them, that's gonna be the hardest part for me. I've got the best people working for me."

Chocolate Lab is located at 2504 East Colfax Avenue and will be open 4 to 10 p.m. Wednesday through Friday, noon to 10 p.m. on Saturday and noon to 6 p.m. on Sunday through February 19. Reservations are encouraged and available on the restaurant's website, chocolatelabdenver.com.