This was a wild week for Beta Event Center, even though the club has been closed since the start of the new year and lost its liquor license on January 5, following a lengthy administrative process revolving around alleged law and code violations.

In the early-morning hours of January 17, the Denver Fire Department responded to what it says was likely a "homeless-caused fire" that spread to a shed on the southwest patio of the building at 1909 Blake Street.

On January 19, the founders and former owners of Beta, Brad Roulier and Mike McCray, filed a lawsuit against the current owner, Valentes Corleons (legal name Hussam Kayali). In the Denver District Court lawsuit, Roulier and McCray charge that Corleons hasn't paid them for their shares of the club, which they sold him in early 2020 after bringing him on as a part-owner the year before.

And then on January 21, lawyers representing Beta and Corleons argued with City of Denver attorneys in Denver County Court over whether the nightclub should be declared a public nuisance. At the end of the half-day hearing, Judge Beth Faragher said that she would rule on a temporary restraining order related to the case by January 27. Such an order could severely restrict Beta's landlord, Colman Kahn, from finding a buyer for the building, which is what he says he intends to do once the legal drama is settled. The City of Denver wants the judge to declare the club a public nuisance, which would greatly limit options for the building for up to three years.

"If he can’t sell the building for three years, that’s this court’s big concern," Judge Faragher said of Kahn. Meanwhile, Corleons owes his landlord hundreds of thousands of dollars in rent; the 77-year-old Kahn allowed him to postpone payment during the pandemic.

One of the reasons for the liquor license revocation — which the city's attorneys are pushing in the public-nuisance case — is Corleons's claims that he's a "made man" in the Sicilian Mafia. In recent posts on social media, he claimed he was opening La Cosa Nostra Social Club at Beta, even though the club cannot sell liquor. In recommending that Beta lose its liquor license, Federico Alvarez, the retired Denver District Court judge hearing the case, cited the Mafia claim made to a cop as an "extraordinarily aggravating" factor weighing in favor of revocation.

In Faragher's courtroom, attorney Harvey Steinberg, who's representing Corleons and Beta, addressed that issue head on. "Do people who are in the Mafia run around bragging about being in the Mafia?" Steinberg asked a Denver police officer. The officer responded that only one person — Corleons — had ever told him that he was in the Mafia.

But Corleons stands by the claim that he's a "made man," while also maintaining that he's not involved in any criminal activity.

"The Mafia has been gone since 1980. It doesn't exist anymore, even in Sicily. When you become a 'made man,' you become man of honor. We're not in the Mafia to kill people or to deal drugs. I've never even touched a drug," Corleons says. "I'm not going to hurt a fly man. I'm a loving person. But those guys fucking with me, I'm going to fuck with them."

The other "extraordinarily aggravating" factor that Alvarez cited in his recommendation was an allegation that Corleons attempted to bribe a cop to make the case against Beta go in his favor.

That cop, Adam Glasby, who once worked off-duty at Beta, testified at the January 21 hearing that he and Corleons bumped into each other at a King Soopers and that Corleons said he just wanted to "make it go right."  During this interaction, Corleons casually mentioned that he'd be willing to pay up to $10,000 in order for the case to go in his favor, according to Glasby. 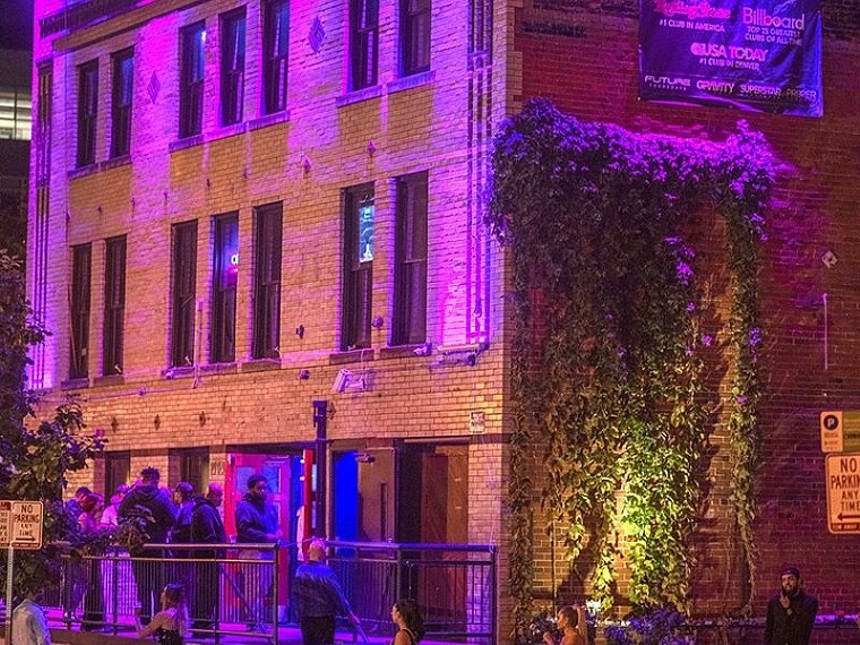 Beta has seen better times.
Evan Semon
But when asked by Steinberg whether Glasby believed Corleons was trying to bribe him, Glasby responded, "Not at that time, sir."

Steinberg also tried to attack Glasby's credibility, questioning the officer about an episode last summer in which a Beta staffer allegedly gave him $1,000 to pay off a patron whose chain he had broken during an altercation. Glasby admitted to paying that patron $1,000 a day after the incident, and also conceded that he got the $1,000 from a staffer at Beta named Frank.

"Who really are the bad guys here? You gotta wonder," Steinberg stated in his closing arguments.

In addition to the Beta drama, Corleons has been dealing with a mess at the neighboring Cabin Tap House at 1919 Blake Street, which Corleons purchased for $2.5 million this past summer. Early on January 1, a fatal shooting left two dead inside the club. A 22-year-old named Levi Floyd Diecidue is currently being held on multiple charges in relation to the shooting, including first-degree murder.

The Department of Excise and Licenses temporarily suspended Cabin's liquor license just hours after the shooting took place. And on January 18, Chris Black, the former owner of the highly regarded Falling Rock Tap House, which had been the building's tenant for more than two decades before it was sold to Corleons, voluntarily surrendered the venue's liquor license.

Corleons says that he sold the Cabin to Thomas Schaefer in late 2021 and is just the landlord at this point. Corleons also holds the lease for the former El Chapultepec space at 1962 Market Street, which he wants to reopen as Cantina. But that opening has been held up by permitting issues, and now it might never happen at all.

After the hearing, Corleons said that he wanted to go to Beirut (his father is from Lebanon), and that he could be done with Denver.

"I'm going to leave soon," he said, and laughed. "I think this is the end of La Cosa Nostra now."