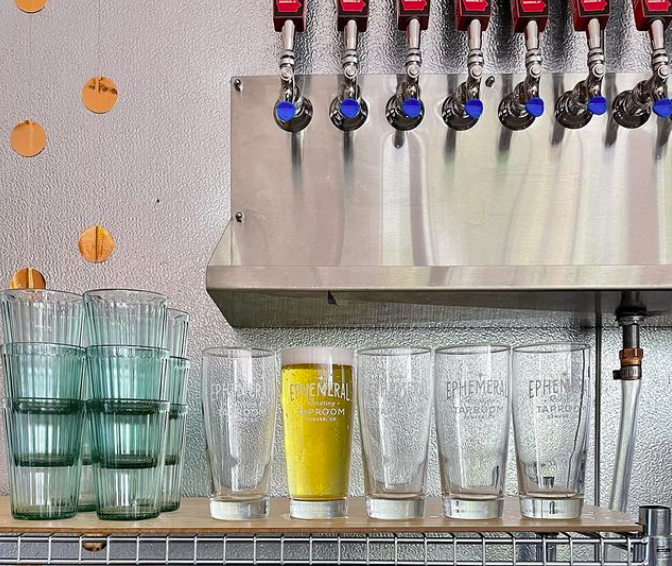 Ephemeral, which means “lasting for a very short time,” will rarely serve the same beer for more than a month. The taproom will host a different brewery from outside Denver every two to four weeks (essentially until the beer runs out). The bar’s unique model is the brainchild of Weston Scott and Shannon Lavelle, both Colorado natives. Scott has worked in beer distribution sales for ten years and lives in nearby Park Hill. He said getting out-of-town beers into the hands of Denverites can be tough. People usually go for what they know and like, so many of the great breweries he’s represented only get a few kegs of one beer into bars. He wants Ephemeral to change that.

The bar will have taps for the brewery to showcase up to twenty beers of its choosing. Each rotation will end with a kick-the-keg event, with cheaper pints served until the kegs run out, so there will never be an overlap of breweries.

The guest breweries will come from all over the United States, and potentially from international locations. Ephemeral has three breweries — Two Roads Brewing in Connecticut, WeldWorks Brewery in Greeley and Roadhouse Brewing Co. in Wyoming — lined up for the months after the taproom opens, and the first featured brewery will be Toppling Goliath Brewing Co. from Decorah, Iowa, which is known for its IPAs and barrel-aged stouts. Scott says any brewery is fair game, as long as it's not in Denver. "Any place you'd really want to to go if the drive wasn't so far," he explains. He hopes people will come in and share their favorite breweries so Ephemeral can try bringing them to town. 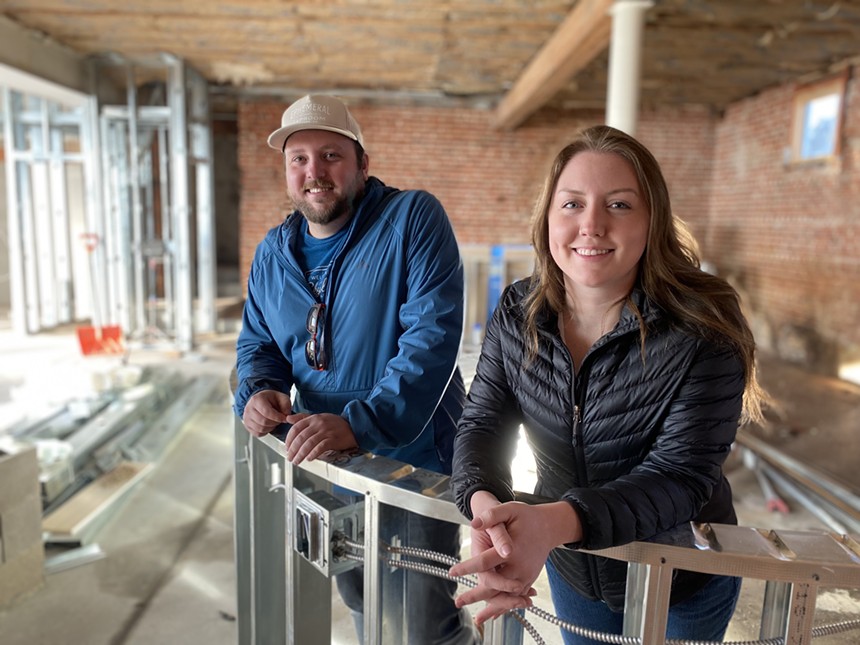 Owners Weston Scott and Shannon Lavelle lean on the skeleton of their bar, soon host to a rotation of visiting breweries.
Kristin Pazulski
Lavelle’s background is in architecture, but she’s also worked in Denver restaurants, and beer is a passion. “I’ve loved beer since before I was allowed to love beer,” she jokes. Her architecture experience has come in handy as the pair designs the taproom from scratch in what used to be a bodega called Ben's Super Market. Ephemeral’s bar will seat twenty, and Lavelle designed the space to feel more like a living room than a restaurant, with low, couch-like seating planned.

There will be a small market — a tribute to Ben's, which was a staple in the neighborhood for decades — where snacks and other items will be available. Scott and Lavelle spoke with neighbors about what they miss most about Ben’s and are planning to stock some of those items. Ephemeral will also have kombucha and likely another non-alcoholic option like root beer on tap, as well as empanadas from Maria Empanada and occasional food trucks.

The taproom is partnering with Queen City Collective Coffee to offer draft coffee all day, which is the reason the owners plan to open at 7 a.m. daily. The coffee pours cold, but can be steamed for those that prefer it hot.

Eventually, there will be an outdoor patio along 28th Avenue, but that project will be tackled after the taproom opens.

Scott and Lavelle spent a year searching for a home for the taproom, looking all around Denver. They were sensitive to the state of the industry, passing on any locations that had closed as a result of the pandemic. Lavelle said they weren’t comfortable cashing in on someone’s misfortune. They also wanted to be in a neighborhood, avoiding areas like RiNo and downtown.

Ephemeral Rotating Taproom will open June 18 at 2301 East 28th Avenue. Its hours will be 7 a.m. to 10 p.m. Monday through Saturday and 7 a.m. to 7 p.m. Sunday. For more information, visit ephemeraltap.com.