Denver's David Sirota on His Oscar Nomination for Don't Look Up 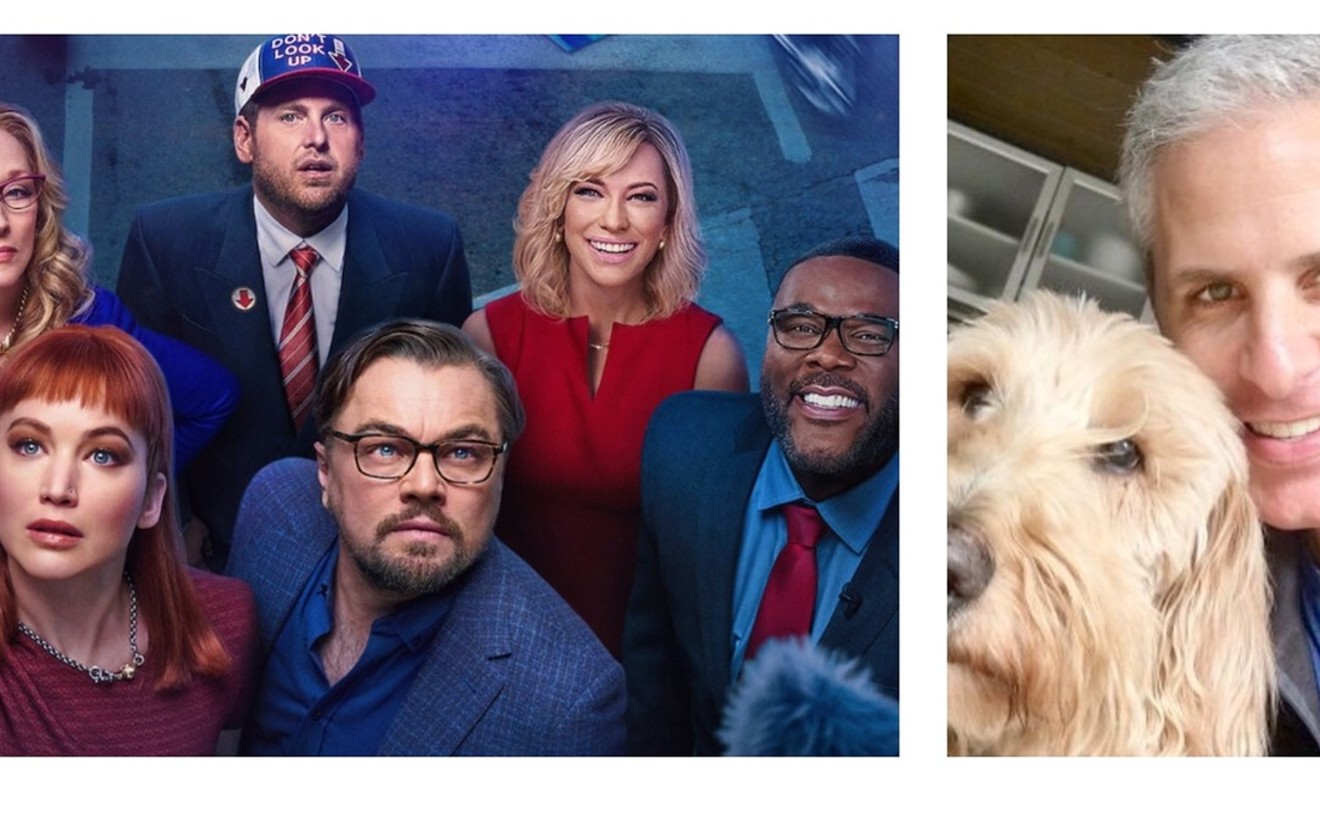 The attaboy from the Academy hasn't immediately changed Sirota's life: When Westword (to which Sirota has contributed) reached out to him shortly after the news broke, he couldn't talk because he was getting ready to take his kids to school. And by the time he was finally able to come up for air that afternoon, he was still clearly processing what had happened.

"It's wild, man — quite a life plot twist," Sirota said. "This is not anything I would have considered happening in my entire life."

The Oscar race is starting at an incredibly busy time for Sirota. Earlier this month, he rebranded his main online platform, The Daily Poster, dubbed "a reader-supported news organization holding power accountable," as The Lever to symbolize its scrutiny of those operating the levers of power. He plans to expand the website's mission, and thanks to the loyalty of his subscribers, Sirota was able to hire a pair of full-time journalists — reporter Matthew Cunningham-Cook, known for financial investigations at International Business Times, and associate editor and Daily Poster veteran Aditi Ramaswami.

The Lever may seem a world away from helping to conceive one of Netflix's biggest hits — "the second-most-watched movie in the history of the world's largest streaming platform," Sirota pointed out. But that's not how it feels to him.

"People are like, 'This movie is a real divergence from your work,'" he acknowledged. "But my answer to that is 'No,' because it's all part of the same path."

The plot of Don't Look Up revolves around a pair of scientists, played by DiCaprio and Lawrence, who, according to the Netflix tagline, "go on a media tour to warn humankind of a planet-killing comet hurtling toward Earth. The response from a distracted world: Meh." Along the way, McKay and Sirota goose disaster-movie tropes by placing them in the context of today's media environment, where clicks are king and diversions are used for political gain.

In a December interview with Westword prior to the movie's release, Sirota predicted that reviews would be wildly mixed, and indeed, the critical reaction has vacillated between raves (the San Francisco Chronicle called it the funniest movie of 2021) and revulsion (sample the negativity in this episode of NPR's Pop Culture Happy Hour).

Sirota suggested that the film has produced such varied responses because "it's not shrouded in the safety of being about something in the past, and neither is it shrouded in the safety of being so fantastical that it doesn't feel real. Anytime you make something that's about the here and now and that has political themes, it's going to generate strong opinions — and I don't think there are that many movies and TV shows about the here and now, because doing that can be controversial. So I'm really proud this movie wrestles with difficult and controversial issues, even though the process can be uncomfortable. I'm really proud that Adam and the cast were fearless in making a movie that didn't only try to entertain and comfort. It's a movie designed to provoke thought and explore topics that can be scary, and that takes guts."

He added, "I'm most gratified to hear from climate scientists and people fighting corruption, and others who may feel that they've been marginalized. I know how they feel. I've spent a lot of my life working for causes that have been marginalized, and I've sometimes felt marginalized and berated and vilified. My hope is that in making those folks feel seen and recognized, and by giving them a voice, it further emboldens them and the movements that are trying to save our world."

Given his experience, it's not surprising that Sirota wasn't waiting by his television to see if his work had been recognized by Oscar. "Adam called me, and I actually had trouble believing it was true," he recalled. "I sort of knew he wouldn't mess with me about something like that, but I still couldn't believe it."

As for the kids he drove to school after getting the word, Sirota said: "They're eleven and seven, and I think they definitely have an appreciation for how big the movie is, because it's a thing they've heard some of their teachers talk about, and some of their friends' parents. It's got near-universal name ID: Most people you bump into either know Don't Look Up or they know about 'the asteroid movie on Netflix.' But they still eye-roll me and tell me my dad jokes aren't funny. I'm the least-funny dad-joke teller in the house, even though I'm nominated for an Oscar."