Black Sky Brewery
The worlds of music and craft beer go hand in hand: Brewing well-made beer and creating music are both an art, meant to be shared and to spark joy. There are several dozen Denver breweries that are great spots for live music, and even more venues where you can find Colorado beers on tap. The breweries below are combining the two and brewing (or naming) craft beer based on and, in some cases, benefiting local music and musicians — and that's something to applaud.

Black Sky Brewery
490 Santa Fe Drive
720-708-5816
Black Sky Brewery’s ode to heavy metal doesn’t just stop at the genre of music playing in the background at its brewpub. It has done numerous collaborations with local bands, including Eye of Minerva, Legion of Death, Broken Hope and Brutal Truth, just to name a few. Before the joint-effort beer is brewed, the Black Sky team works with the musicians to get a solid idea of what to create. “We like to sit down with them and get a feel of what they are wanting to portray with their beer,” says brewery owner Lila Mackey. Currently, you can try DHMS Saison, a mellow French saison that is brewed specifically for the Denver Heavy Metal Society. The brewery also supports musicians by selling tickets to concerts, advertising upcoming shows in the entryway, and offering the opportunity to perform at the brewery; one Sunday a month, the brewery hosts a Metal Matinee show that features new and local bands.
click to enlarge Great Divide Brewing Company
2201 Arapahoe Street
303-296-9460
Great Divide Brewing Company teamed up with Denver concert venue Mission Ballroom for Mission Forward, an easy-drinking hazy pale ale. Proceeds from the beer go to support live music and arts in the community, says Matt Sandy, Great Divide's marketing manager. "There’s a spirit of experimentation and collaboration that goes into both music and craft beer," he adds. “There are no set rules, so there’s a lot of discovery through practice. And there are few things not made better with a brew and some tunes.”
click to enlarge 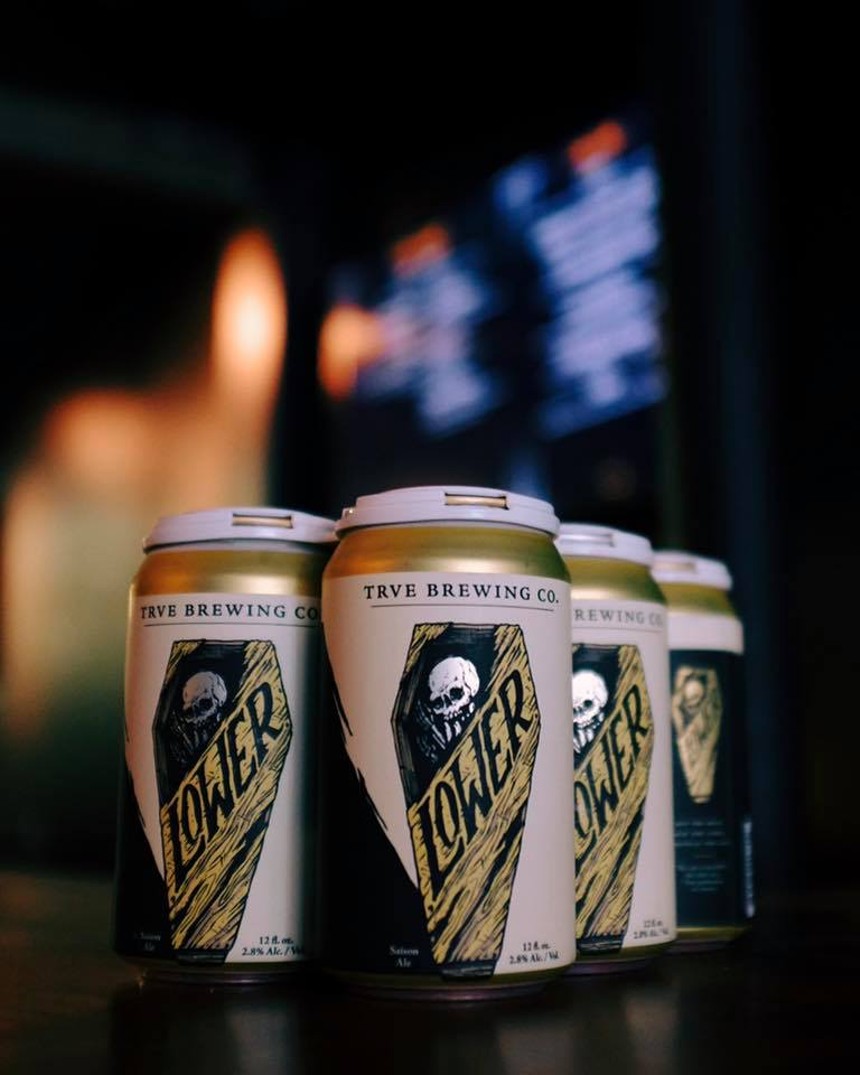 TRVE Brewing Co.
227 Broadway
All of the beers brewed at heavy metal-influenced TRVE are inspired by and named for song titles or albums from bands the crew there loves, including Scorn (Primitive Man), Starspawn (Blood Incantation), Waking Realm (Dreadnought) and World’s Blood (Wayfarer). “I like to think drinking is a celebratory activity, and music of almost all kinds is something we should all celebrate,” says Nick Nunns, founder and CEO. Beyond the Mountain Brewing Company

Beyond the Mountain Brewing Company
6035 Longbow Drive, Boulder
303-530-6981
Collaborating with local bands is a big part of music-inspired, Boulder-based Beyond the Mountain Brewing Company. The brewers here brainstorm with each band about what kind of beer they’d like to make together. Then the band picks a local charity, and every dollar from each pint sold goes to that specific organization. Recent collaborations include Sweet Lillies, a Boulder-based Americana and bluegrass band, which brewed a saison made with lily petals. Boulder funk/soul/rock band Jive Tribe created an IPA with guava and passion fruit, while the Jauntee brewed Headspin IPA with flavors of mango and orange peel.