Bruz and Copper Kettle Team Up in a Changing Brewery Landscape Copper Kettle Brewing
Copper Kettle's past releases have included Half a Plan, a collaboration with Bruz.
From the outside, Copper Kettle Brewing and Bruz Beers don’t appear to have much in common. Copper Kettle, located in east Denver, makes a wide variety of beers, from IPAs and German lagers to fruited sours and barrel-aged stouts, while Bruz, with a taproom in the far northern reaches of the city and a smaller outpost in Capitol Hill, focuses almost exclusively on Belgian styles.

But in March, the two breweries will begin working together behind the scenes in an unusual way, by sharing a single sales representative and by brewing and canning beer together. The move should help both of them save money and compete more effectively in a post-pandemic market that has seen virtually every small brewery come to rely on canning beer.

“We didn't can beer at all before COVID. We were a taproom-focused brewery,” explains Bruz co-founder Ryan Evans. But within two weeks of the initial lockdowns in March 2020, “we dug deep and cranked out our first can. We learned that side of the business and fell in love with it.” 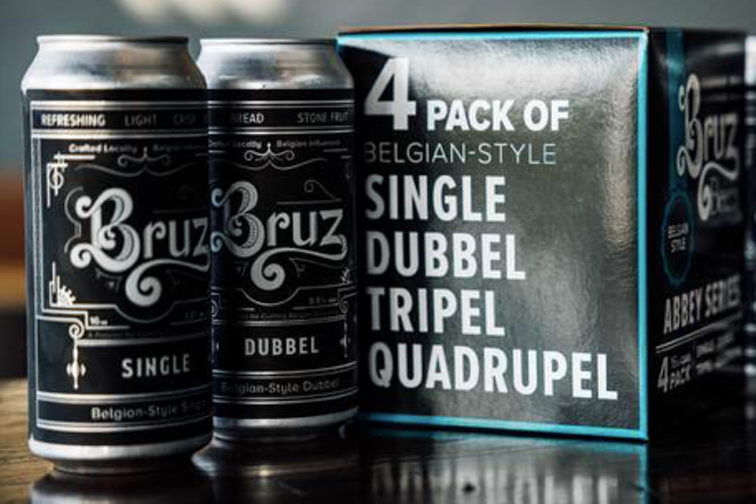 Bruz's mixed four-pack could see expanded distribution.
Bruz Beers
But Bruz wasn’t built for regular packaging. It doesn’t have the space or the capacity. Not only that, but small breweries tend to spin their wheels a lot as each one goes through the same processes — purchasing, brewing, packaging and selling — all on their own.

“Looking at all these breweries that we are lucky enough to have in town, it just seems like there is so much waste going on,” Evans says. “Some of them are only brewing once or twice a week. That means one of their most expensive assets is only being used on a limited basis. ... I feel like we can be stronger together than we are separately.”

Evans and Copper Kettle co-founder Jeremy Gobien have known each other for years. In fact, Gobien, who also runs a side business consulting for other beer makers, designed Bruz’s custom brewhouse so that it can handle higher quantities of malt for higher-alcohol Belgian beers.

More recently, they were discussing the challenges they both faced. “We put our heads together and figured that, because our brands have almost no overlap, a single salesperson could sell both brands without having any style conflicts,” Gobien says. Copper Kettle has more space to can beer.
Copper Kettle Brewing
In other words, if a bar, liquor store or restaurant wants IPAs, lagers and stouts, Copper Kettle has them covered. If someone wants Belgian or Trappist styles, they can turn to Bruz.

“We can grow faster and more profitable together by splitting up the costs for sales and delivery that can be burdensome for small self-distribution so that we make better margins than either of us could alone — and we can grow faster” by sharing costs and benefits, Gobien adds.

As a result, Bruz will begin brewing and packaging many of its beers at Copper Kettle under a licensing agreement called an alternating proprietorship. That will allow Bruz to save money and increase the amount of beer it can sell, including Diablo Colorado, a 9.5 percent ABV Belgian golden strong ale that is doing well. Made with all Colorado ingredients, it is getting a new label. 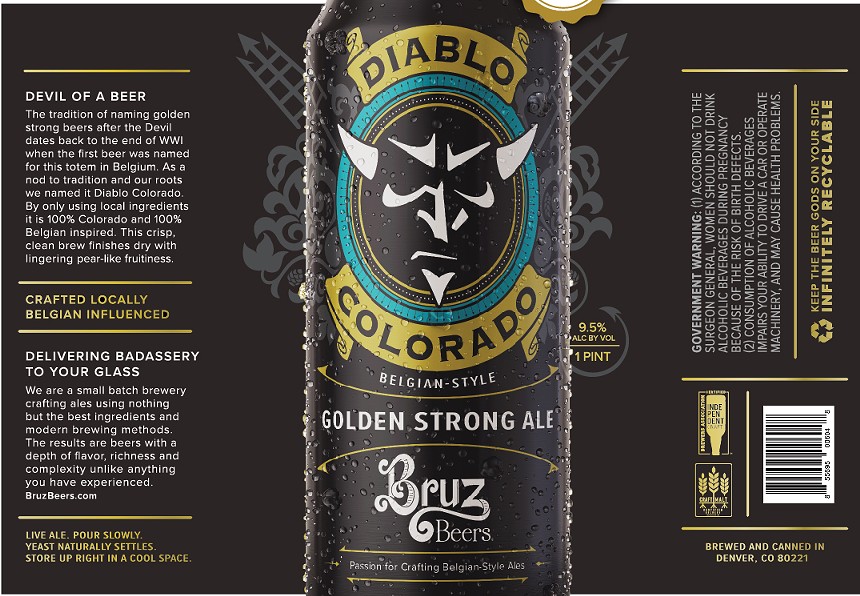 Bruz will introduce a new label for Diablo Colorado.
Bruz Beers
Copper Kettle, meanwhile, will be able to cover some of the expense of its excess brewing capacity and storage space by bringing in Bruz. A sales staffer representing both breweries can then hit the market so that neither brewery has to rely on an outside distributor — something Copper Kettle has been looking to do after feeling frustrated by outside representation.

“It’s not a perfect fit for every brewery in town, but for those who want to grow that side of the business, it’s a great way to enter the market without overexerting and over-leveraging yourself,” he adds. “We are both pretty small players, and we want to prove that the model will work.”