Ask a Stoner: Why Do Legal Weed Prices Fluctuate Store to Store?

Dear Stoner: I went to a dispensary in Cap Hill and paid $55 for an eighth of good weed. I went to a store two days later in north Denver, and the same weed, same grower was $30.
Swindled

Dear Swindled: I was just at a liquor store in Five Points, only it wasn’t a liquor store. It was a “wine cellar,” which apparently means a six-pack of beer costs $14. Some stores like to market themselves as boutique operations in order to charge more; others simply gouge because they’re located in an area that enables them to get away it. Such an overcharge — in your case, over 45 percent — usually only exists near airports, though. (And at an airport, I’d gladly pay that much to smoke a joint.) 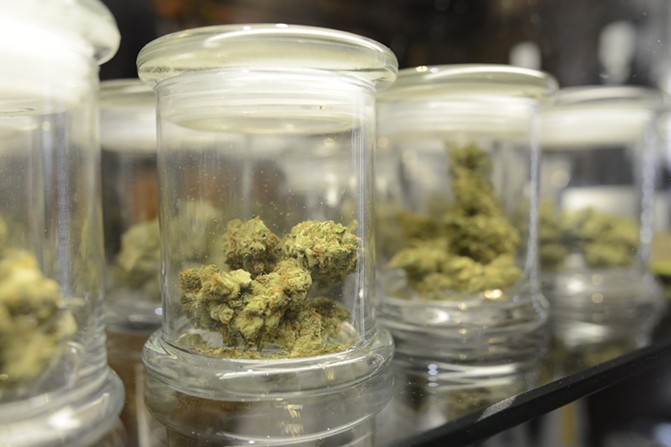 Dispensaries prices fluctuate heavily depending on the town you're in.
Scott Lentz
Legal weed isn’t old enough to have standardized prices, but we’re getting closer on a local level as shoppers wise up. Whatever store swindled you probably doesn’t have many repeat customers. As tourist spending lessens, that’s a lot more important than a one-time sandbagging. That pot shop will be weeded out soon.