Getty Images
Members of the Colorado Avalanche are in a celebratory mood — as they should be.
The Colorado Avalanche's thrilling, 6-5 overtime win on June 6 completed a four-game sweep of the Edmonton Oilers and allowed the team to advance to the Stanley Cup finals for the first time since winning it all in 2001. Which means that folks in Denver and the state as a whole who don't know shit about either hockey in general or the Avs in particular — and there are a lot of you out there — need to get busy prior to a faceoff against either the New York Rangers or the Tampa Bay Lightning, which are still fighting it out for the Eastern Conference title (the Rangers lead 2-1).

Don't worry: This is going to be fun. Those of us who were around for the Avs' previous championship runs (the squad also hoisted the Cup in 1996) know that the energy around town during the finals, likely to start either June 15 or June 18, is going to be electric — and you'll want to feel a part of the excitement.

Understanding terms like "icing," "offside," "neutral zone," "odd-man rush" and more will help, and you've got at least a week to bone up. But in the meantime, there's a good chance you'll find yourself in a conversation with co-workers about the Avs, whose games have been hard to see locally for more than two years owing to an ongoing conflict between Comcast and broadcast partner Altitude. So here are ten tidbits that will help you look like you know more than you actually do: 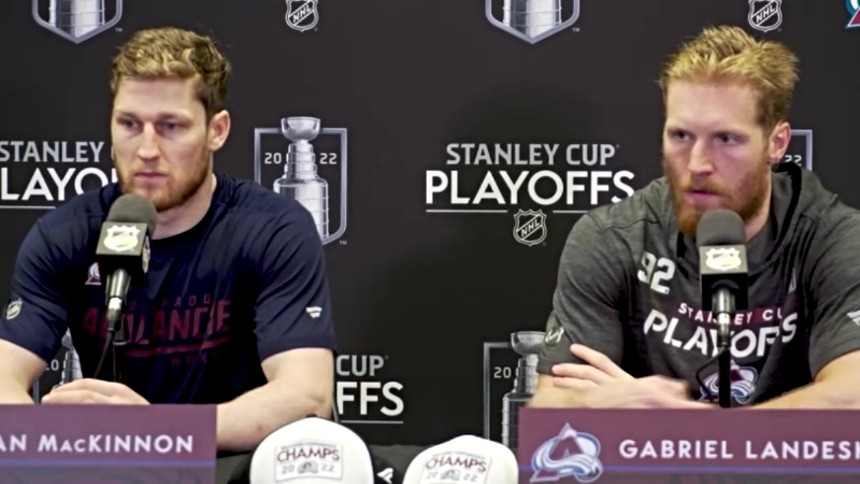 Nathan MacKinnon and Gabriel Landeskog during a post-game interview.
NHL.com screen capture
1. Nathan MacKinnon is (arguably) the best player in the league
The 26-year-old Canuck was the Avs' number-one pick in the 2013 draft, and each year since then, he's seemingly gotten better. His skating is astonishing, his stick-handling skills are magician-like, and his highlight reels must be seen to be believed. Click to watch one.

2. Cale Makar is the new Bobby Orr
Orr, for total hockey newbies, was a defenseman for the Boston Bruins back in the 1960s and 1970s who revolutionized the position by becoming a potent scoring force in addition to his regular duties. Makar is cut from the same cloth, as he showed last night against Edmonton, when he notched an impressive five points (a goal and four assists).

3. Mikko Rantanen is the Avs' not-so-secret weapon
Rantanen tends to be overshadowed by MacKinnon, but he's a potent points producer in his own right, compiling 92 during the 2021-2022 season — four more than the Avs' superstar. And since he's just 25, the MacKinnon-Rantanen combo should be great for years to come.

5. Nazem Kadri is the series' wild card
Kadri was having his best playoffs ever until the Oilers' Evander Kane cheap-shotted him into the boards during game three. He hasn't been on the ice since then, and it's unclear whether he'll be ready to go for the finals. His presence would be huge — and his absence would be, too. 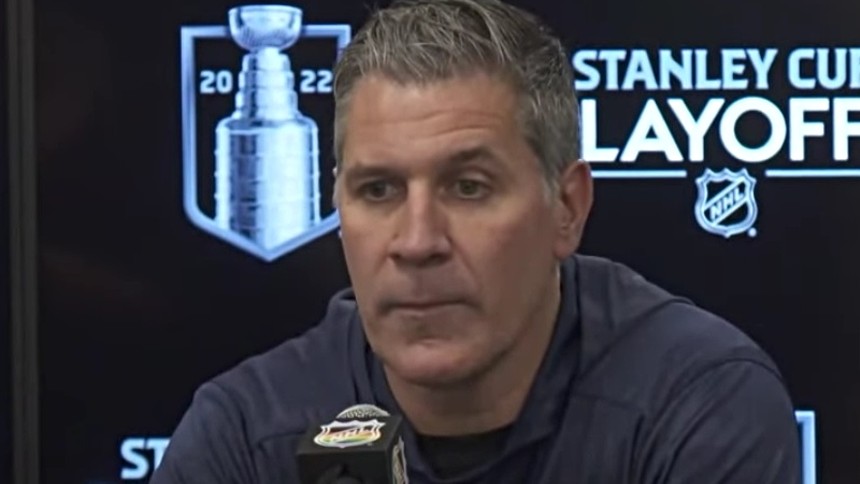 Head coach Jared Bednar at the microphone.
Edmonton Oilers via YouTube
6. Jared Bednar is a hardass
The Avs' head coach is a demanding disciplinarian with a death stare that would shame Medusa. He's a sight to behold.

7. The Avs' offense is incredible
The Avalanche's name is apt given the playing style of the present roster. At their best, the players thunder into the offensive zone, overwhelming the opposition with their startling speed.

8. The Avs' goalies are...okay
Both regular starter Darcy Kuemper, who may or may not be hurt (injuries are often a well-guarded secret in the NHL) and backup Pavel Francouz, who's started the last few games, are competent goaltenders, but neither are ranked among the league's best. Both the Rangers' Igor Shesterkin and the Lightning's Andrei Vasilevskiy are more highly regarded, and whichever one of them advances will provide a key storyline in the finals.

9. The Avs are searching for redemption
The Avalanche were widely expected to vie for the Stanley Cup in each of the three previous seasons, only to fall in the second round each year. In 2022, MacKinnon and company burst through that barrier by besting the St. Louis Blues prior to spilling the Oilers. Now they need to fulfill their promise by going all the way.

10. The importance of "All the Small Things"
The Blink-182 smash has become a sing-along favorite for Avs fans. This video demonstrates why you need to learn the words now:


Do you like the #Avs “All The Small Things” singalong in the third period? pic.twitter.com/wQHcSqHfVW