She & Him, ZZ Top and the Best Concerts in Denver This Week 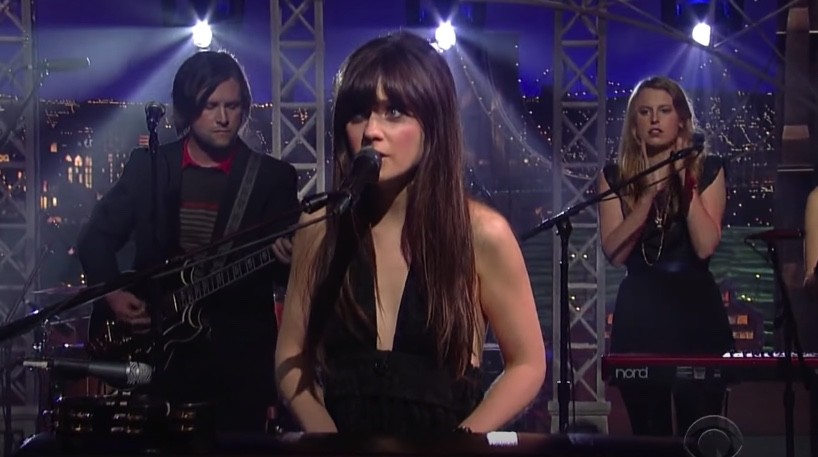 YouTube
She & Him play David Letterman.
She & Him, most notable for singer Zooey Deschanel of Hollywood fame, is at the Paramount tonight, while Teenage Wrist swings by the Larimer Lounge.

ZZ Top will be at Las Colonias Park Amphitheater in Grand Junction on Tuesday, while After the Burial and Thy Art Is Murder get growly at Summit.

Enjoy some mid-week revelry with Whores at the hi-dive on Wednesday, or catch some power pop from The Dreaded Laramie at the Larimer Lounge.

Round out your week with MC Chris at the Marquis on Thursday, or catch Brian Wilson at Red Rocks.

Teenage Wrist
Monday, June 13, 7 p.m.
Larimer Lounge, 2721 Larimer Street
$49.95-$99.95
The ’90s alternative sound seems to be making a comeback. Teenage Wrist mixes the processed, heavily saturated guitar noise of grunge and shoegaze into a moody whole. It makes you want to sway back and forth listlessly.

ZZ Top
Tuesday, June 14, 8 p.m.
Las Colonias Park Amphitheater, 925 Struthers Avenue, Grand Junction
$52-$92
We all miss Dusty Hill, and may he rest in peace. But the show must go on, so don't let your grief get in the way of road-tripping to Grand Junction to watch Billy Gibbons play one-handed guitar. The dude is amazing to see live.

Whores
Wednesday, June 15, 8 p.m.
hi-dive, 7 South Broadway
$18-$20
Whores evokes noisy ’80s bands such as Scratch Acid and the Jesus Lizard, but perhaps 23 percent noisier, maybe more. With this bill, you also get Bummer and Capra, two equally sludgy bands. It should be a loud evening.

The Dreaded Laramie
Wednesday, June 15, 7 p.m.
Larimer Lounge, 2721 Larimer Street
$15
The Dreaded Laramie makes power-pop music that occasionally folds in some soaring ’80s metal guitar tones. Whatever you want to call it, it's fun to listen to and should inspire some dancing. The Tennessee/Kentucky foursome just released a three-song EP called Everything a Girl Could Ask. Silver & Gold and Younger Than Neil are also on the bill.

MC Chris
Thursday, June 16, 7 p.m.
Marquis Theater, 2009 Larimer Street
$15
MC Chris gets lumped in with the nerdcore subgenre of hip-hop, but he's really carved out his own sound. You might remember him as the nasally MC Pee Pants, Little Brittle, Sir Loin and Young Carl on Aqua Teen Hunger Force. He was on pretty much ever other Adult Swim show at one point or another, too.

Brian Wilson
Thursday, June 16, 7 p.m.
Red Rocks Amphitheatre, 18300 West Alameda Parkway, Morrison
$40.50 and up
Technically, Chicago is at the top of the bill, and that's cool. But you also get three Beach Boys with this show, and not the jerky ones who play at Mar-A-Lago. The lineup includes the master himself, Brian Wilson, who released a new solo record, At My Piano, last year. Al Jardine and Blondie Chaplin are also playing the show.

Have events you want included on this list? Send the details to [email protected] Looking for more to do? Visit the Westword calendar.