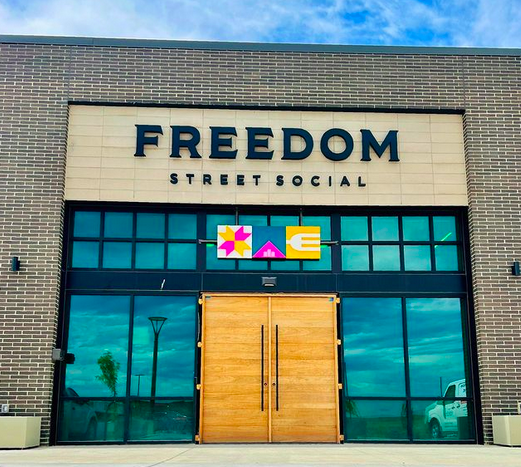 Freedom Street Social/Instagram
Freedom Street Social is nearly ready for its grand opening.
Monday mornings are tough, but this series isn't. Social Sightings is your quick look at interesting food tidbits that we've spotted recently. It goes down as easy as your first cup of coffee, and should whet your appetite for the week ahead.

Freedom Street Social is set to become the latest food hall to debut in the metro area. It's located at 15177 Candelas Parkway in Arvada and has been teasing its opening since last November. This week, it's hosting ticketed soft-opening seatings from July 7 through July 10. The spaces filled up fast, but the grand opening is coming soon. The space will be home to nine food and drink concepts including Osito, an offshoot of Señor Bear; Lea Jane's Hot Chicken; Chicago deep-dish chain Giordano's (which closed a spot on Broadway earlier this year); and chef Tajahi Cooke's BKFST Club. Cooke is also overseeing a unique chef residency program at the food hall.
Instagram: @freedomstreetsocial Deli Italia's pies are thin and crispy.
Molly Martin
Chris and Lindsay Lyons took over the thirty-year-old Deli Italia in Lakewood in 2018 with a plan to expand it into a full-fledged restaurant. Their updated pizza recipe, in particular, has gained a lot of fans. And now, after weathering the pandemic, the couple is set to introduce a new name for the concept: Pizzeria Leopold, after their son who was born in 2020.
Instagram: @delitaliapizzeria 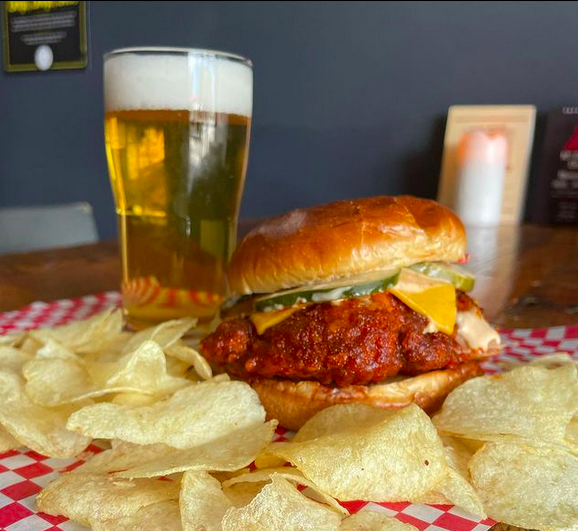 Cheap lunch alert: Music City Hot Chicken at TRVE Brewing on Broadway recently expanded its hours and added the Six Buck Lunch: an original chicken sandwich (choose your spice level) and chips for just $6. You can also add on 10-ounce pours of TRVE brews for just $3. The special is available 11 a.m. to 3 p.m. Wednesday through Friday.
Instagram: @mchcden 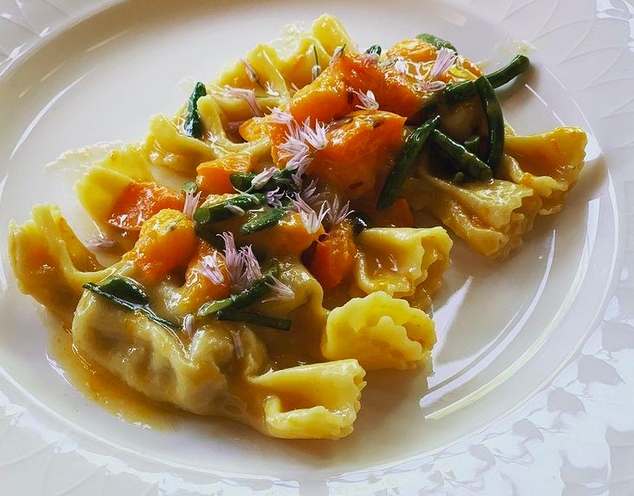 Coperta/Instagram
Summer menu changes have arrived at chef Paul C. Reilly's Coperta, which recently added this beauty to the lineup: braised goat shank caramelle with Palisade apricot butter and garlic scapes. It's definitely time for a pasta night. Heads up: Look for a story by Reilly on July 5 with his thoughts on Colorado's most underrated vegetable. Can you guess what it is?
Instagram: @copertadenver