Boombox Brew Bar
Chef John Mancha (left), partner Bill Lechuga and co-owner Luke Sandoval are opening Boombox Brew Bar.
For the past decade, Luke Sandoval worked as a truck driver, spending most of those years delivering booze for a local liquor and wine distribution company. "I always dreamed of being on the other side of things," he says. Now that dream is becoming a reality with the July 8 opening of Boombox Brew Bar at 5686 Pecos Street.

Sandoval, along with his business partner, Colorado Springs-based surgeon Bill Lechuga, grew up on Denver's Northside. When he was young, Sandoval's first job was working at his late uncle's restaurant, Tamales by La Casita on Tejon Street. In recent years, he enjoyed visiting Ari's Tavern, which occupied the space where Boombox Brew Bar is now set to open. "It was one of our neighborhood bars," he notes. "We were sad to see it go, but the timing was lucky in some regards."

Ari's opened in 2010 under founder Michael Pacheco, who'd previously worked at the Brown Palace for two decades. In 2018, it underwent a change in ownership, and by the end of 2020, the pandemic had taken its toll on the bar. Sandoval came across the listing for the building last summer, and, along with Lechuga, was able to purchase it and begin making his vision a reality. 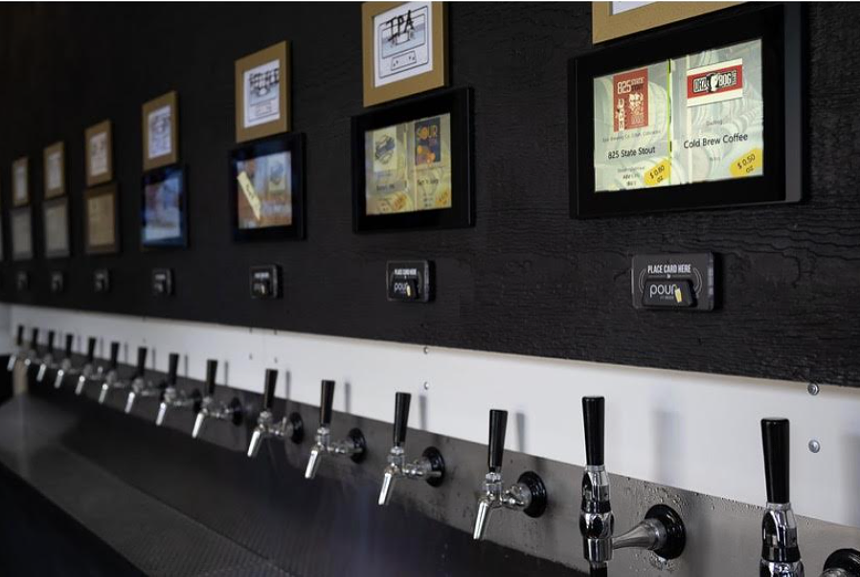 Boombox Brew Bar is more than a beer bar: It will open every day except Tuesdays at 6 a.m., serving Dazbog coffee and breakfast items like pastries and burritos. The kitchen will stay open until 9 p.m. most nights, with lunch and dinner options, too, all from chef John Mancha, who is heading up a kitchen for the first time. While his very first job at age fourteen was at a Burger King and he worked in other restaurants in his younger years, Mancha spent most of his adult life in IT.

Following a divorce, he wanted a change of pace and decided to go to culinary school. After six years working professionally in kitchens, Boombox offers him an opportunity to get creative with the menu. "We're starting simple — burgers, wings, fries. Right now, we want people to come and enjoy the space and the atmosphere, then we'll hit them with the uppercuts," Mancha says of his plan to expand the menu as the team settles in and gets to know its guests.

The idea for Boombox was inspired in part by other self-serve taphouses like the 146 Taphouse in Salida. But Sandoval and his team have made this one their own, leaning into the desire to put an urban spin on the concept with brightly colored street art by local artist Michael Ortiz and a playlist packed with ’80s and ’90s hip-hop and R&B. "My business partner and I both graduated high school in the ’90s," Sandoval explains, "so we want to pay homage to the era we grew up in."

There will also be televisions for sports games and, eventually, DJs and live music. But the main draw will remain the beer wall, which has nineteen taps and was made by Illinois-based PourMyBeer. The taps will be heavy on local brews; the opening lineup includes It Was All a Dream cream ale from Wah Gwaan and selections from Four Noses and Coors Field brewery Sandlot. There will also be ciders, seltzers, two wines and two cocktails on tap. One of the opening cocktails is a John Daly-like libation made with vodka from the Family Jones.

While Ari's Tavern was a staple for many, Boombox is poised to become another go-to for the neighborhood, with owners who grew up in that neighborhood.

Boombox Brew Bar is located at 5686 Pecos Street and will be open from 6 a.m. to 10 p.m. Sunday, Monday, Wednesday and Thursday and 6 a.m. to 11 p.m. Friday and Saturday starting July 8. For more information, visit boomboxbrewbar.com.