Ask a Stoner: Will Red Rocks Ever Host a Weed Event?

Dear Stoner: Will we ever be able to have a cannabis event at Red Rocks?
Sherm

Dear Sherm: Let’s not move too fast here. On one side, you have state and city rules that would make hosting a recognized cannabis event at Red Rocks Amphitheatre virtually impossible. On the other, you have decades of open cannabis use already going on at Red Rocks shows. 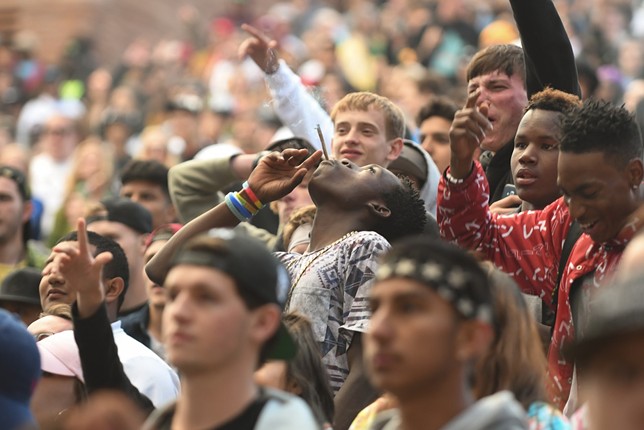 Lighting up at Red Rocks isn't very hard, even though it's not technically allowed.
Miles Chrisinger
Most concert attendees at Red Rocks aren’t afraid to light up if they feel so inclined, though that same lack of inhibition doesn’t always translate to comedy shows, movie screenings or morning yoga. All of those events would be great if they occasionally allowed open cannabis sales or smoking, but there are too many legal obstacles.

For starters, Red Rocks is owned by the City of Denver, which bans public pot consumption on city property. Red Rocks also has a liquor license, and state law says those can’t be active during cannabis events, either. And more laws present obstacles to cannabis sales and public smoking before you even get into the issue of driving home from the show stoned. Sometimes it’s better to leave these things under the hood.