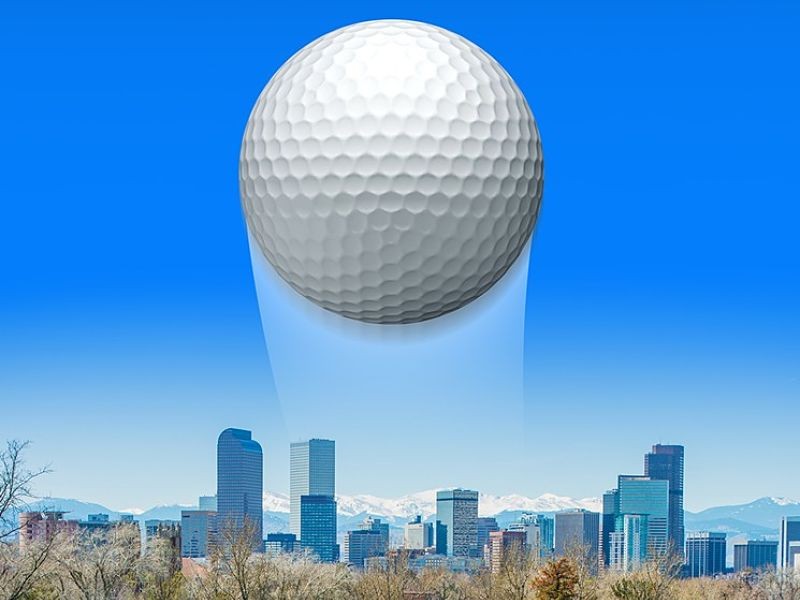 "We are at the point where if we don’t raise fees and generate more revenue, you’ll notice it in course conditions and everything else, because we won’t have the money to pay off our expenses," says Scott Rethlake, director of Denver Golf. While Denver Golf is an entity of the City of Denver, it operates through the Golf Enterprise Fund, and its budget is derived from the revenues it takes in rather than the city's general fund.

The cost of just about everything that goes into a golf course — labor, material, supplies, electricity, water and fertilizer — have all gone up, according to Rethlake. To help cover those increases, Denver Golf is proposing a fee increase that would raise the average tab for an eighteen-hole round on a weekend day to $47. Right now, the average is $44.

"As far as the general adult fee, we are probably in the bottom third fee-wise, so definitely below the average," Rethlake says. "For seniors and juniors, I would say we’re the most affordable, [or] if not, then one of the top two or three most affordable programs in Denver metro."

At par 3 courses, such as Harvard Gulch Golf Course and Kennedy Golf Course, the maximum price that Denver Golf proposes charging for these rounds will go from $15 to $19. "For dynamic pricing to work, you have to be able to charge a little more in the peak times and a little less in the off times," Rethlake says.

Denver Parks and Recreation staffers presented the proposed price increases to the Denver City Council Land Use, Transportation and Infrastructure committee on August 16. Parks and Rec also plans to ask council to approve other fee increases.

During that presentation, Councilwoman Jamie Torres, who represents parts of west Denver, asked about the price increases for nine-hole rounds and par 3 courses. "I wasn’t understanding why across the board everything got a $4 or $5 increase, even nine-hole and par 3," Torres said. "That just strikes me as a bit of an equality issue."

And Denver Golf can use every penny for some big projects. It's currently renovating and repairing the Wellshire Golf Course clubhouse as part of a half-million-dollar job, and it plans to add on-course bathrooms to the Overland, Kennedy and Evergreen golf courses.

The most recent major capital project for Denver Golf was the transformation of the City Park Golf Course, which reopened in August 2020. Although a torrent of rain flooded parts of the new facility on the evening of August 7, the golf course was able to return to regular functioning within a few days. "It was actually pretty quick," Rethlake says. "We were back to completely normal on Wednesday."

Denver Golf, like many golf entities around the country, saw a boom in rounds played in 2020, when golf was one of the few activities that allowed for proper social distancing during the early days of the pandemic.

"It’s still been pretty busy, yes. We haven’t seen any big dropoff," Rethlake says of Denver Golf's numbers this year. "Some of the par 3 numbers have kind of gone back to pre-2020 numbers, whereas the eighteen-hole courses have dropped off a little, but not as much. Driving range numbers are doing about the same. I think that’s due to an increase in interest in the game. And typically when people start the game, they go to the driving range for quite a while before they go to the golf course."