Call to Arms Brewing
Colorado has more than 2,400 acres of peach orchards and ranks sixth in the country in peach production. The town of Palisade is synonymous with the juicy stone fruit, celebrating the first Peach Festival in 1909. Throughout the state, you’re likely to find the versatile fruit put to good use, in pies, salsa, wine, jam and — this is Colorado, after all — beer.

"Peaches are one of the most classic fruits used in beers, dating back to Belgian lambic producers,” says Call to Arms Brewing founder Chris Bell. “When used appropriately, it can bring a balance of subtle sweetness without overpowering a beer.”

In the spirit of peak peach season in the state, here are twelve Colorado beers that highlight the flavor of this seasonal favorite:

Peach Aggro Crag
Call to Arms Brewing
Located in the historic Berkley neighborhood, this brewery was founded by three industry veterans who met while working at Avery Brewing in Boulder. Its peach double hazy IPA, called Peach Aggro Crag, uses over thirteen pounds of peach purée per barrel. A new hop (HBC-630) that the team has been experimenting with lately is also incorporated into this brew. “We loved that this hop varietal really accentuates characteristics of stone fruit and tropical fruit,” Bell says, "so we felt it would pair well with peaches, as that fruit has become so iconic to our state during this time of year.” 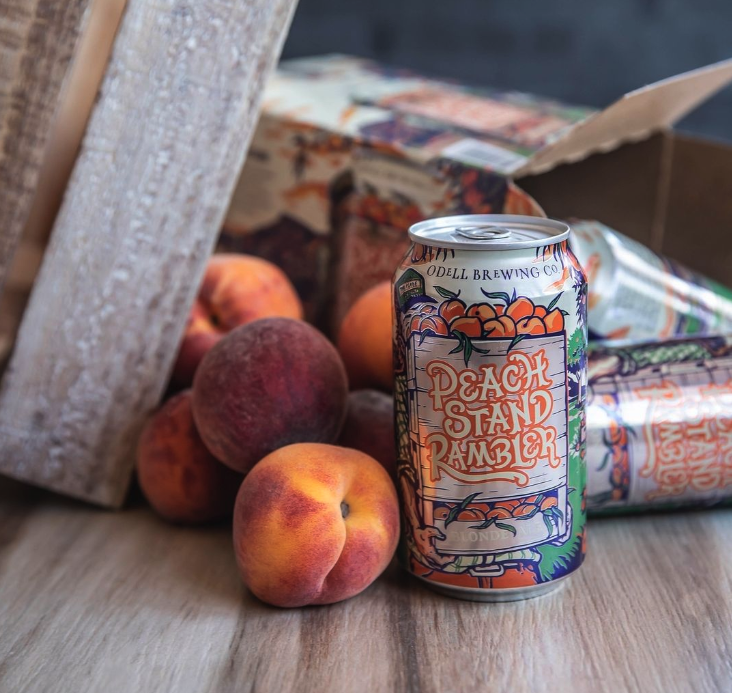 Peach Stand Rambler
Odell Brewing
Founded in 1989 in Fort Collins, Odell Brewing has now expanded to include brewhouses in both Five Points and Sloan’s Lake; both Denver locations are home to a ten-barrel pilot system. The Peach Stand Rambler is Odell’s tribute to those hardworking individuals who make all of Colorado’s beautiful peaches possible. Fresh Palisade-grown peaches are used in this blonde ale, which was chosen to let that peach goodness shine through. It’s described by the brewery as refreshing and bright, “like a calm Colorado sunset." Hobart With Peach
Briar Common Brewery + Eatery
In addition to an eclectic beer selection, Briar Common Brewery has a lot going on, including a full food menu, signature cocktails, wine, a rooftop patio and a dog-friendly beer garden. Its peach beer, Hobart With Peach, has bright stone fruit, floral and spice hop notes. The base of the beer is a big Belgian golden strong, weighing in at 9 percent ABV. The addition of white peach to this ale complements the fruity esters and spicy phenols from the yeast. 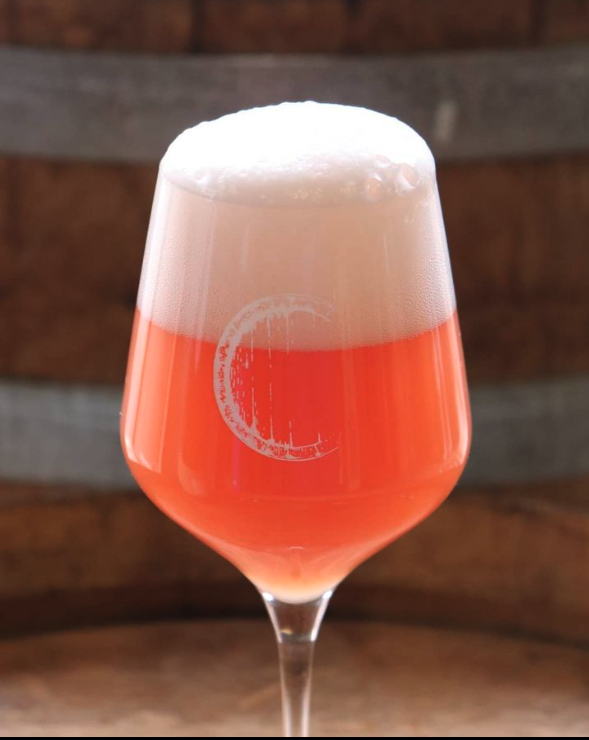 Casey Brewing / Instagram
Ghost Note
Casey Brewing & Blending
This Glenwood Springs brewery embraces old-world brewing to specialize in vintage oak barrel-aged sour beers that are unfiltered and bottle-conditioned. Part of its foundation is opting for seasonal and local ingredients whenever possible, utilizing 99 percent Colorado ingredients. The same is true when it comes to brewing up its peach beer, Ghost Note, a spelt farmhouse ale that was made with two pounds of fresh, whole organic Palisade peaches per gallon. “The spelt used gives the beer a wonderful creamy and rich body,” says owner Troy Casey. “We love working with local peaches, and typically use over 10,000 pounds per summer." Great Divide Brewing
Peach Milkshake IPA
Great Divide Brewing
Since 1994, Great Divide has been producing a variety of year-round and seasonal brews in Denver’s Ballpark neighborhood. Peach Milkshake IPA is part of its limited-release Tank Farm series: It was first introduced in 2020, and this will be the last year it is available. To celebrate Colorado’s annual peach harvest, the IPA is brewed with peaches as well as lactose to add creaminess and sweetness. Like peaches and cream in a can, it will be available October through December. 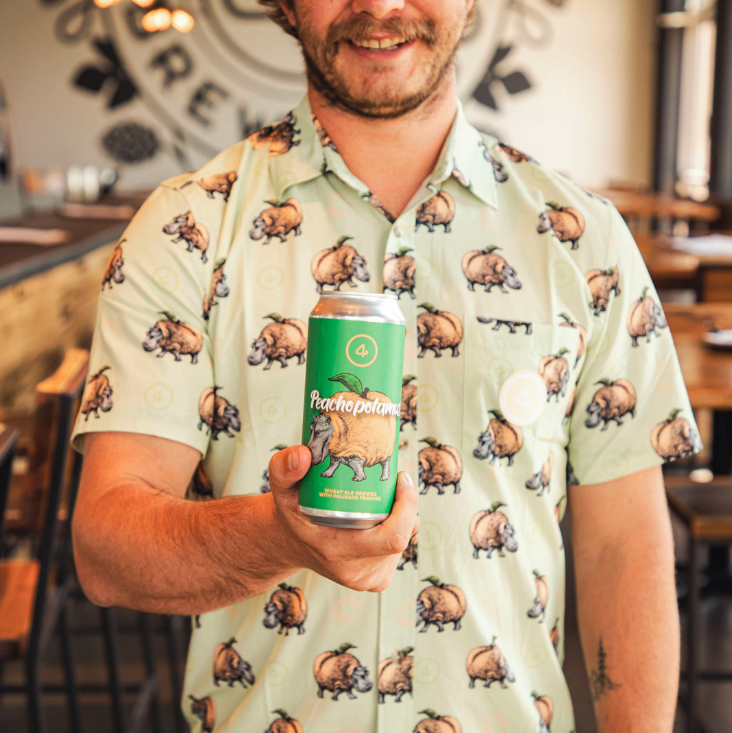 4 Noses Brewing / Instagram
Peachopotamus
4 Noses Brewing
Located in Broomfield, 4 Noses Brewing is a family-owned brewery with over twenty creatively brewed beers on tap. This year is the eighth anniversary of its peach brew, Peachopotamus, and it has more peaches than ever — more than 1,650 pounds of Palisade peaches from Peachfork Orchards & Vineyard were used. The base of the beer is a crisp, sessionable American wheat, at 4.8 percent ABV. To celebrate the release of this highly anticipated beer, the brewery even created Peachopotamus shirts.

Palisade Peach Tart
Colorado Native
Colorado Native’s beers are brewed with Colorado ingredients — barley grown in the San Luis Valley, locally grown hops, a yeast strain from Colorado and Rocky Mountain water. So when it came time to make a peach brew as part of its Explorer Series, the brewery opted for what it calls “best-you-ever-had peaches” from Palisade. It’s a tart and crisp ale coming in at 4.6 percent ABV and is available annually from July through September in 12-ounce cans. 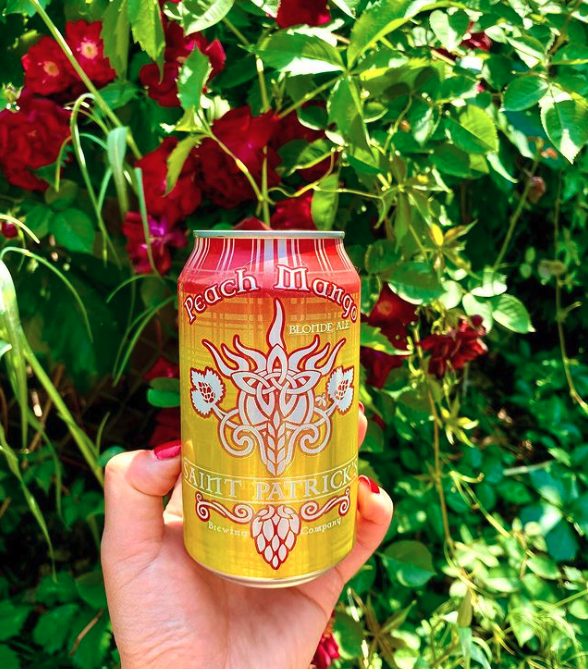 Habitation Day Peach Kolsch
Horse & Dragon Brewing
This Fort Collins-based brewery typically has ten to twelve beers on tap in its tasting room. Habitation Day Peach Kolsch was released to celebrate the day the owners received the keys to the building as well as the beer community. It’s described as having a smooth finish along with fruit notes throughout and a medium body. It's available in the Horse & Dragon tasting room and in restaurants and liquor stores throughout Colorado.
click to enlarge 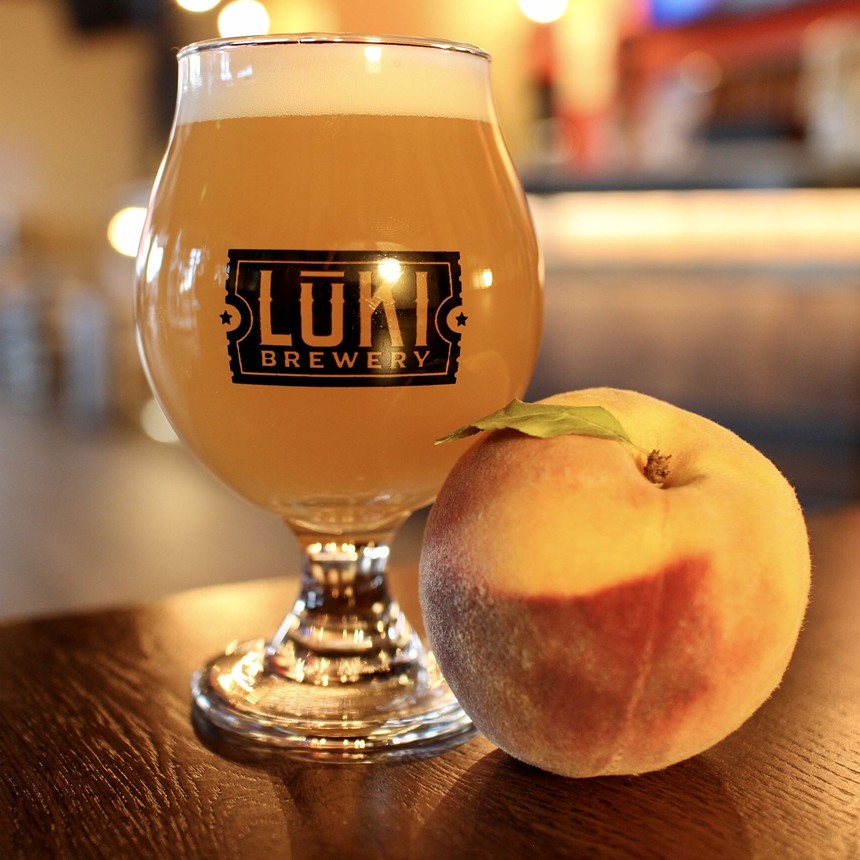 https://www.lukibrew.com/
That's Just Peachy
LUKI Brewery
This circus-themed brewery located in Arvada serves up a variety of styles. That’s Just Peachy is a 7.2 percent ABV peach saison made with about 170 pounds of Colorado peaches from the Peach Haus. The brewery even got a helping hand from the community, as the peaches were peeled by taproom volunteers during the third annual Peach Peelin' Party. The peeling process ended with the brewery grilling some peaches with butter and cinnamon.