The RiNo Beer Scene Is Changing

Our Mutual Friend
OMF recently celebrated ten years in RiNo.
The beer scene in the RiNo neighborhood just keeps changing. With premium spaces in high demand and an area that is a clear destination for beer lovers, nightlife and the arts, the stakes have never been higher.

"When we first opened ten years ago, as a new business owner, I had a lot of uninformed feelings about competition and proximity to other breweries," explains Brandon Proff, co-founder of Our Mutual Friend at 2810 Larimer Street. "At this point, I feel that [OMF is] not entitled to be here. It is up to us to provide great beer and a great hospitality experience to whoever comes in. It is up to us to ensure customers and staff are being respectful and respected."

With over a dozen breweries in the neighborhood, several new additions will have their work cut out for them. First, however, Epic Brewing recently announced the upcoming closure of its nearly decade-old brewery and production space in RiNo, citing a lack of draft-account recovery from COVID, as well as increased costs. It plans to shutter by the end of the year. And on November 17, 10 Barrel Brewing Company announced that it opted not to renew its lease, making it the latest loss in the neighborhood.

Meanwhile, Left Hand Brewing RiNo opened next to the Mission Ballroom on November 16, and international giant BrewDog is planning several Denver area locations — the first is set to open next year at 3950 Wynkoop Street, under a franchisee.

Proff feels like 2019 brought peak momentum for the neighborhood, where it felt like if you opened up, you would do well. He says while there is still plenty of room for success, it's not the foregone conclusion that it once was, especially with the price of entry being as high as it is today. 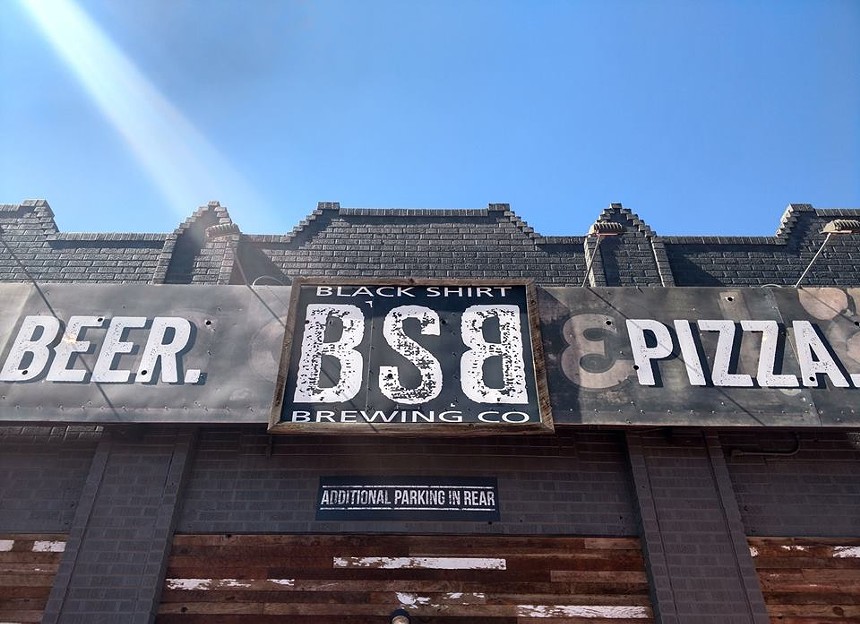 Black Shirt Brewing is another original RiNo brewery, anchoring the north end of the neighborhood.
Black Shirt Brewing
Despite being one of the OGs of the area, along with Black Shirt Brewing and River North Brewery, Proff believes that customer loyalty isn't about how long a brewery has been in business. "It's about whether or not your values are aligned and you enjoy the product and experience on offer," he says, adding that he feels OMF has learned from years of mistakes, helping it communicate these things better than it used to.

When asked what might be missing in the neighborhood, Proff first mentions the loss of the Altitude Homebrew Shop, which moved across the highway to nearby Sunnyside last year after seven years in RiNo. Altitude owner Steve Wigginton says the move was a direct result of market rent likely more than doubling. Proff misses the connection that his brewery had with the home-brewing crowd that frequented the shop when it was just around the corner.

Altitude Homebrew is just one example of the fallout over rising real estate costs in the area. In fact, a look at data from CoStar, a leading commercial real estate information company, reveals that the average price for retail real estate in RiNo and the surrounding neighborhoods has soared, from $103 per square foot in 2011 to $318.31 per square foot this year. Those numbers are likely higher in RiNo proper.

The increase in rental rates means that there are fewer and fewer opportunities for upstarts and production breweries alike. "A building like ours would not exist now like it did ten years ago," says Proff, adding that buildings like Our Mutual Friend's would likely be leveled and cleared for a new build or entirely flipped to be fancier and more expensive. Still, Proff sees some limited opportunities in the neighborhood for smaller breweries; he just feels that they're more likely to be found nestled within the stalls of food halls or in a limited number of places where the landlords are eager to try to keep the soul of the neighborhood alive. 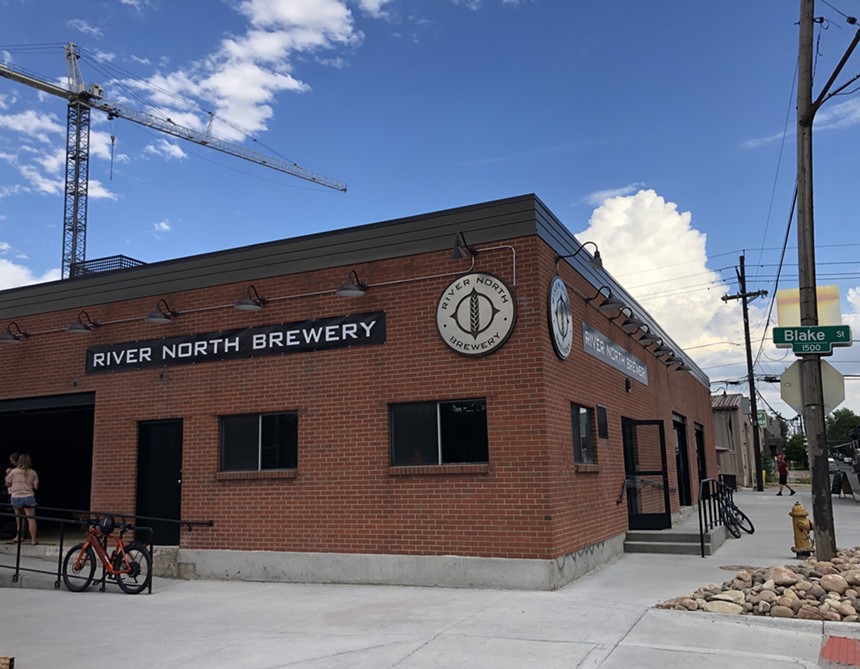 River North Brewery, one of the original area breweries, returned to the neighborhood in 2019.
Jonathan Shikes
Proff feels that the neighborhood is a destination that can sustain not only the number of breweries it currently has, but also the distilleries, wineries and restaurants, believing that the addition of the A Line train stop has been crucial in providing a steady flow of new and returning people to the area.

Anyone who visits RiNo will see ample evidence of a popular area with a wide range of demographics. The neighborhood has changed substantially over the past decade, with many new developments, particularly condos, going up, not to mention the aforementioned A Line stop, the proximity to Coors Field, and RiNo's standing as a major arts district.

"The strangest thing I have witnessed is the nonstop development continuing full clip the last three years and seeing a majority of the new retail space still vacant as even more is being built," Proff observes. "The prices seem artificially high, and there is no foot traffic in some of these areas."

The only thing certain about the future is that more change will occur. Smaller startups will likely be priced out for the foreseeable future, but the current crop of standouts will hopefully be intact, joined by high-dollar, high-profile openings and perhaps grand experiments as well.

When asked what he feels the future will hold, say, five years out, Proff says, "I'm optimistic that those of us that want to be here will still be, and that we are able to be creative and add to the fabric of the neighborhood."