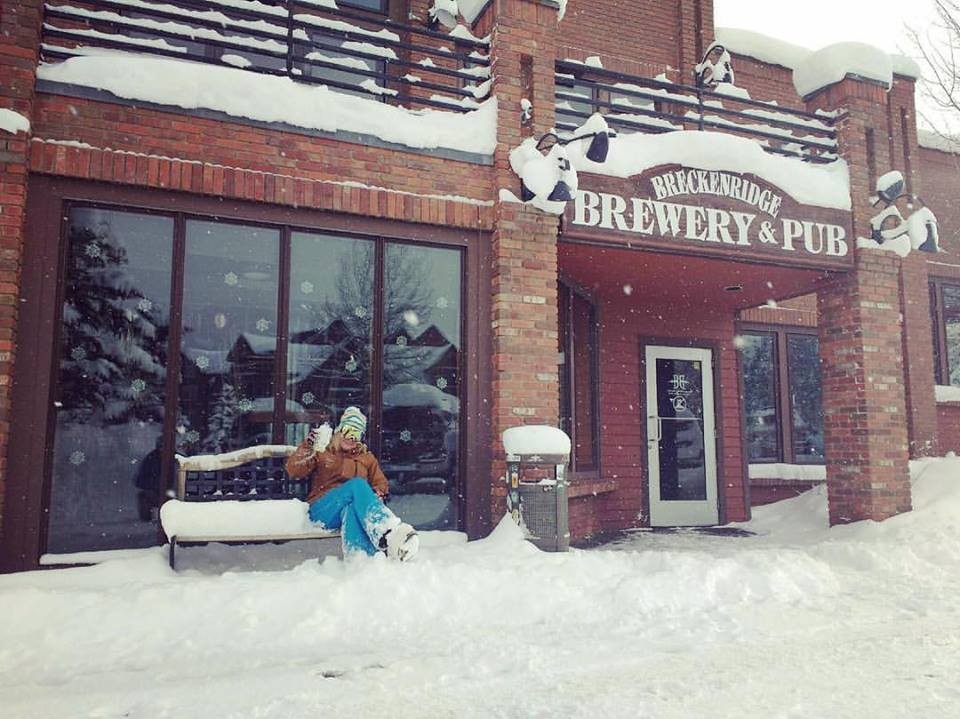 Over the following quarter of a century — even as the company expanded to Denver, moved into a sixty-barrel headquarters on Kalamath Street, achieved nationwide distribution and eventually built a twelve-acre campus with a 100-barrel brewhouse in Littleton in order to compete with thousands of other breweries nationwide — the original pub in Breckenridge remained king of its mountain.

But that changed a few years ago. As the craft-beer industry exploded up and down the Front Range, breweries also began to open in the mountains, sometimes in towns that had only known one brewery for decades: places like Estes Park, Idaho Springs and Breckenridge. And in 2014, longtime Breckenridge ski instructor and rafting guide David Axelrod and friends Jason and Jo Ford decided it was time to make their own mark on Breckenridge — by opening Broken Compass Brewing north of the downtown area.

At no point did they worry about whether the ski town was ready for a second brewer. “I thought the market was big enough for both of us,” Axelrod says. “But we were concerned about how they would receive us.” After all, the other brewery was named for the town itself.

Axelrod and the Fords didn’t need to be concerned. “They have been a huge supporter of ours from day one and have helped us every step of the way,” Axelrod says of Breck.

“One of the first phone calls I got was from Jimmy Walker," he remembers, speaking of the head brewer at Breckenridge, who offered to give Broken Compass some equipment. “They had a super-collaborative business attitude from the get-go. That is part of the philosophy that has been ingrained in the culture of that company."

Breckenridge also became the first outside bar to feature a keg of Broken Compass beer, and its staffers sent customers over to the new brewery as well. “That was incredible," Axelrod says. "They are a heck of a lot more like brothers than competitors.”

David Axelrod (left) and Jason Ford in the newly remodeled brewery.
Broken Compass Facebook page
Walker, who has brewed at Breckenridge for fifteen years, agrees. “We hit each other up all the time for malt, yeast, hops, ingredients, chemicals — and knowledge,” he says. “We want to improve each other’s beer. I want everyone in town to make the best beer they can, because I want to drink it.”

It helps that the two companies have very different business models. Before the era of taprooms, which started around 2005, breweries made money either by having restaurants or by relying solely on packaging. Breckenridge did both — at a time when real estate was a little more affordable in the mountains. Broken Compass, many years later, adopted the tasting-room model that is popular today, selling all of its beer over the bar in glasses.

“We have different strategies; 1989 was a different time versus now. They went for it, and now most of their business is down the hill,” Axelrod says of Breckenridge Brewery as a whole. “There is no way we could do what they did now. It would be massively cost-prohibitive. Our game plan from day one was never to distribute. So we don’t see them as a threat, and they don’t see us as a threat.”

This weekend, the two breweries will play unofficial host to the Big Beers, Belgians and Barleywines Festival, which will take place in Breckenridge for the first time after sixteen years in Vail; it began on January 5 and and runs through Saturday, January 7, with seminars, dinners and a large commercial tasting that attracts well-known brewers and brewery owners from across the country, as well as beer lovers from all over. The two local beer makers will offer competing and complementary visions of what craft breweries are, what they have become and, perhaps, where they are going in the future.

It's a future with some questions. At the end of 2015, Breckenridge — a fiercely independent company — shocked Colorado and the craft-brewing industry as a whole by announcing that it had agreed to be bought out by Anheuser Busch InBev, the makers of Budweiser. The multi-national conglomerate had already been on a buying spree, sucking up craft breweries across the country, but the Breck purchase was one of the biggest. AB InBev now owns nine formerly independent craft breweries.

Jimmy Walker (center) with the rest of Breckenridge Brewery's beer-making team.
Breckenridge Brew Pub Facebook page
The move created a lot of anguish, both because Breckenridge had been such an integral and spirited part of Colorado’s craft-brewing movement for so long (check out these videos) — and because AB InBev had used, and continues to use, its significant heft to replace smaller breweries' products in bars, restaurants and liquor stores across the country with its own brands.

Like many people, Axelrod was concerned about the purchase. But it didn’t change anything about his friendship with the crew at Breckenridge. “It was tough for those guys, too. But they have actually seen a lot of benefit from the AB takeover. They have health benefits. I wish I could offer my employees health benefits,” he says. “And the guys up here have remained super-collaborative. This weekend, with the Big Beers festival coming in, they are going to be running a shuttle out to us. They're super-helpful, and they always have been.”

As a result, when the Colorado Brewers Guild was embroiled in a disagreement last year over whether to allow Breckenridge to remain a member after the AB buyout, Broken Compass was one of the voices that spoke in favor of keeping Breck in. “I don’t support AB InBev, but I do support my friends,” Axelrod says. “I took a lot of heat for that.”

Longtime employees and executives at Breckenridge also took a lot of heat over the sale. In some cases, they lost friends or relationships in the craft-beer world that had been built over the years on nothing more than camaraderie and mutual interest. Things were particularly awkward last year at Big Beers, which took place just weeks after the takeover was announced.

Breckenridge Brewery's Walker hopes things will be different this time around.

“The reality of the craft-beer world is settling in,” he says. “It was more of a shock last year. It’s still a big deal, but not as much of a surprise. All I can do is hope people come into the brewpub and see what we're doing, because I think we're making better beer than ever. If they don’t think we're making craft beer, then there’s nothing else I can do about that.”

Broken Compass makes about 1,000 barrels a year, just like Breckenridge Brew Pub, both on ten-barrel brewing systems.
Broken Compass Facebook page
As for the Broken Compass team, Walker says: “They might not agree with us being bought by AB, but they still come in here all the time. And we are all still friends.

“If someone had asked me a year ago if I would have wanted to be bought by AB InBev, I would have said no. But if they can help me make awesome beer, then I'm all for it,” he adds.

In fact, for the first time in years, the brewpub planned to have only beers made on site on tap for the start of Big Beers; normally the brewery has several of Breckenridge’s mainline beers on tap, like Avalanche Ale, Vanilla Porter and Agave Wheat. “We thought it would be fun to take those off for a day and showcase twelve unique beers that you can’t get anywhere else,” Walker says.

“I consider myself one of the more fortunate people as a result of the buyout by AB InBev,” he adds. “They look at us as an innovation center. They told us that innovation is our job. That’s it. So it’s a dream come true for me. My job is just to make awesome beer.”

Of course, Broken Compass, which doesn’t have a corporate boss, will also have its own unique beers on tap, including the Great American Beer Festival-winning Coconut Porter.

Axelrod is curious to see whether Big Beers festival-goers will make the two-mile journey north to check out Broken Compass, which just underwent a major remodel to help with overcrowding and also got plenty of publicity when Buzzfeed named it best brewery in Colorado, based on Yelp reviews. “There is that question,” he says. "I’m curious to see how much everyone who is coming into town cares about the little guy. I’m cautiously optimistic that they do.”