Photo courtesy of Olio on Facebook
Cannabis concentrate company Olio has been born.
The two founders of one of the most highly regarded concentrate labs in the state have gone their separate ways. A fan favorite, 710 Labs won the High Times People's Choice for Best Hash in 2014; it became known for its golden-tinged, crystal-clear products that include wax, sugar wax, ice wax, live resin, shatter and more varieties. Now the creators of this wax company have split up, and in Colorado, co-founder Wade Sanders has created a new company: Olio. 710 Labs still exists, run by co-founder Brad Melshenker, but is currently not operating in Colorado.

Until recently, the company had produced medical concentrates — but last month Olio began selling its product recreationally, with the same high-quality standards. A pioneer in the field of concentrates, Olio continues to play with innovation. It's now creating two new types of wax — Sauce and Distillate— with the aim of perfecting terpene flavor and achieving high THC percentages. Sauce, which has a texture similar to sugar wax with a liquid film on top, hit shelves just last year and is currently for sale both recreationally and medically. Distillate is still in its final stages before sales begin.

Westword sat down with Olio GM Renee Sanders to talk about the new company, these new products, the future of concentrates in the cannabis world, and the importance of emphasizing quality over quantity. 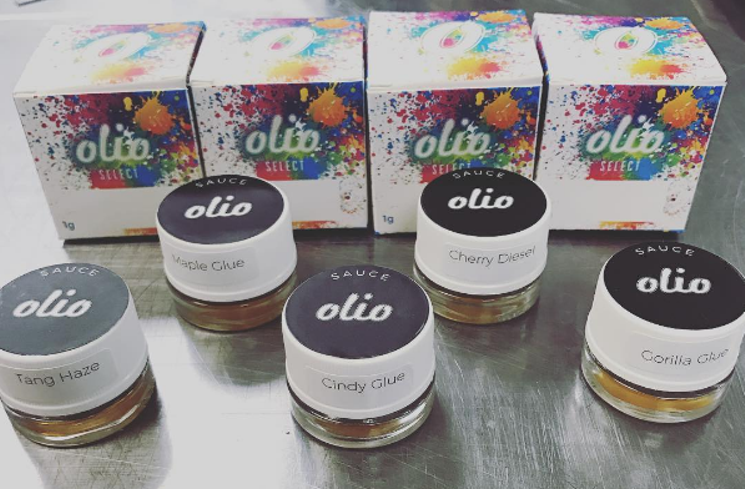 Some cool new packaging from Olio.
Olio on Instagram
Westword: Can you give us a little bit of the 710 Labs backstory? What's the reason for the split?

Renee Sanders: It's kind of complicated. Here's the gist of our background: 710 Labs was founded by two partners in 2009, and they've had a couple of comebacks over the years after various situations that set them back or shut them down. We came back in Denver in 2015.... We were previously run by Wade Sanders and Brad Melshenker. The two partners went their separate ways in 2016, and that's when Olio was born.

How has the transition been so far?

There's more heart in the product. A lot of the consumers, they don't know what's going on behind the scenes, but they think our product is better than ever. It's because we work really hard — like we have something to prove. We're super-excited; our sales have been amazing. Our medical product is really in so much demand right now, we can hardly keep our shelves stocked. Just a year ago, we were making a surplus. Now we have the opposite problem. 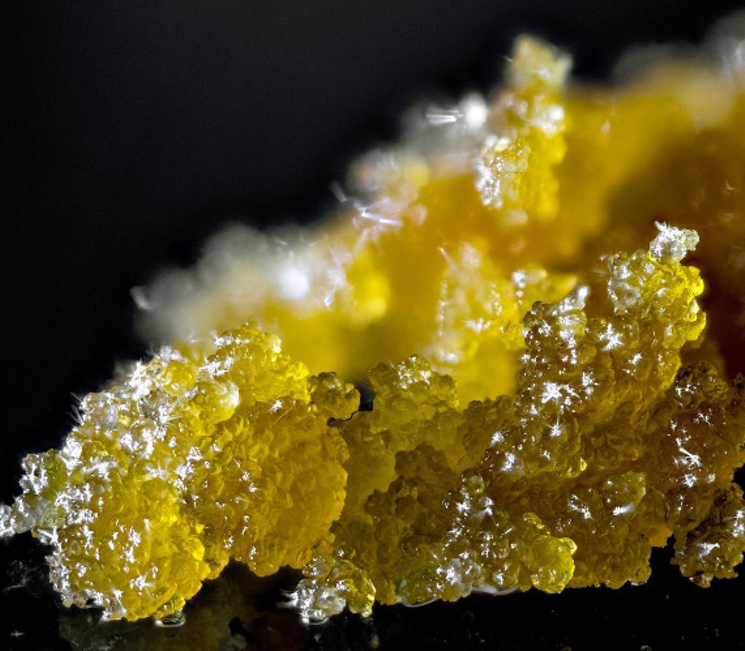 Olio's live resin.
Olio on Instagram
For the concentrate geeks out there, what extraction machine or method are you using at Olio?

We use an Incredible extractor with nitrogen. We purge our product in Cascade ovens. In addition to the live resin, we do ice wax and rosin, which is made with one of those presses of pure pressure.

What is your personal favorite product that Olio makes?

We have a new thing that's called Sauce, and it's got a really high terpene profile; it's like a very sugary crystal with this juice on the top that, as soon as you open the jar, the aroma is so intense. It's like a dab you've never had. It's a lot like a sugar wax, but it's a bit more soupy. It's a live resin; it tastes so amazing. The terpene profiles are really high.

710 Labs had always been highly regarded — and highly elusive, since it's only been medical for the past few years. Are you selling recreational as Olio?

Yes, we launched our recreational sales just about a month ago. We're super-excited. It took a long time to get all of our licenses approved, but we stayed the course. Right now, we are at Silver Stem, Colorado Next Buds down in Pueblo; we have Kind Love and Life Flower over in Glendale. THC Boulder also carries our rec products. 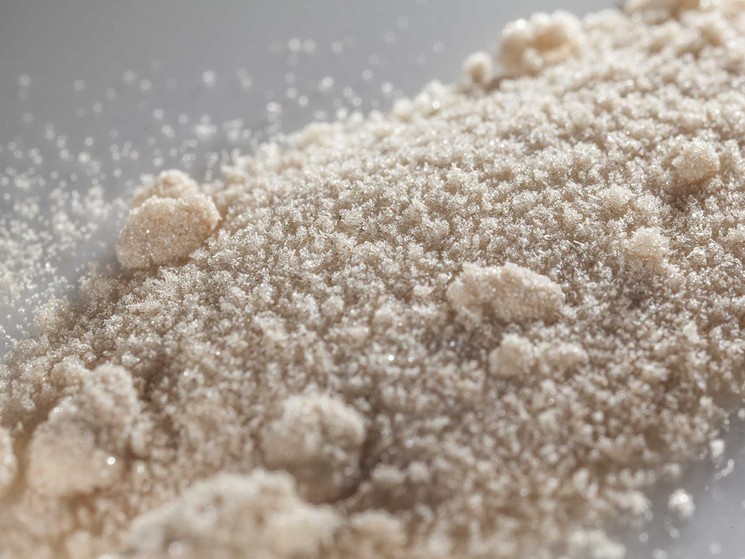 A beautiful image of Olio's ice wax, THC extracted from cannabis using only ice and pressure.
Olio on Facebook
Is Olio expanding across the country as more places legalize?

Honestly, we'd love to be able to do interstate commerce. We have a sister company in California, as well, and we're probably going to rebrand as Olio out there. We're not sure yet how that is going to work out. We had some contacts in Maryland. We just need to make sure that our quality is maintained; it's quality over quantity. It would be great to expand — we hope we can, but our small-batch quality has to be the main focus no matter where we go.

Are you in any way nervous for the Trump administration and its potential to change pre-existing state rules for the marijuana industry?

I really just hope Colorado is forward enough to not let that happen. I hope that we've established enough guidelines and regulations that we can be that model. I'm not sure what happens yet. We're a family, we'll stick together, we'll get through it. I think we're all just excited for the future. We will cross that bridge when we come to it.

What else can Colorado customers look for in the future?

We'll be introducing Distillate in the next couple months; that's something we'll be looking forward to. Being able to provide another amazing product, another type of purification of the product. We've always been a great place for that kind of innovation.

What makes Olio stand out among other concentrate companies in the state?

We're just so lucky to be here right now, to have the crew that we have. They work hard. We focus on our day-to-day job and our innovation for the future. 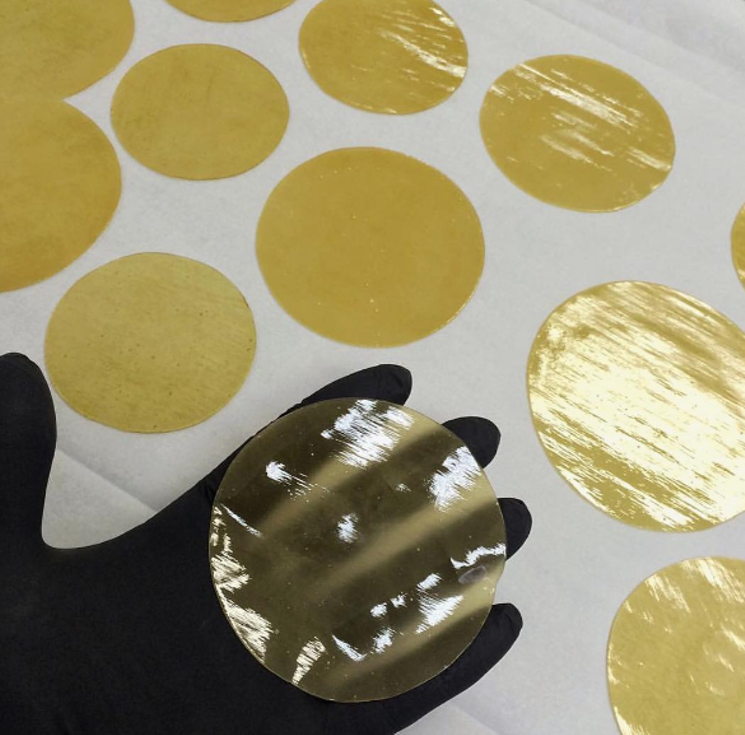