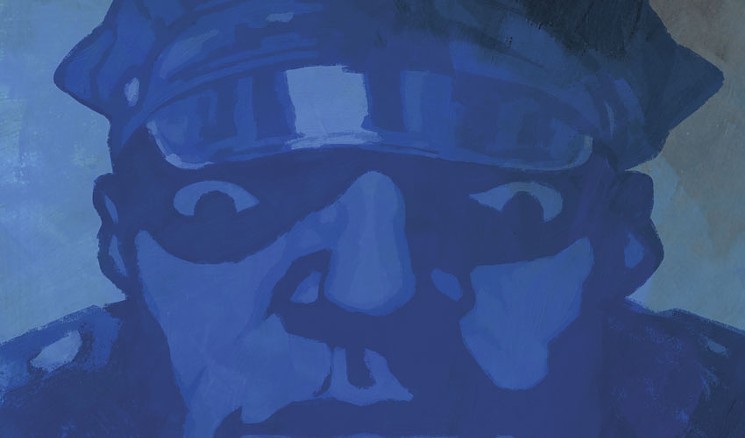 Tim Gabor
Recent evidence suggests that the Denver Police Department has been dedicating manpower and department resources to monitoring protesters and activists; last year, these efforts included the purchase of a powerful social-media surveillance tool called Geofeedia. As Westword addressed in the cover story “Persons of Interest,” these revelations raise concerns that the department is violating its own policy against collecting or storing intelligence on individuals who are not engaged in criminal activity but are solely exercising First Amendment-protected activities. This is also the same type of surveillance that put the city and the DPD in hot water in 2002 when its “Spy Files” program was discovered.

Among the outcomes of the Spy Files was a class action lawsuit against the City and County of Denver, which the city settled in 2003. As part of that settlement, the city agreed to regular audits of the DPD’s intelligence unit, which are submitted by an outside agency to the DPD, city attorneys and the Office of the Independent Monitor.

Westword obtained a copy of the most recent audit, which was conducted by the Association of Law Enforcement Intelligence Units in November 2015.

(The full audit is embedded at the bottom of this story.)

According to the report, the fifteenth audit conducted of the DPD’s intelligence unit, the auditor was asked to “review data collection, categorization, maintenance, dissemination, and Intelligence Unit practices, as well as training procedures, to verify compliance with established rules and policies.” It should be noted that the audit predates Geofeedia, so that particular software and its use are not discussed. And at the point the audit was conducted, the current head of the unit, Lieutenant William Mitchell, had only been in his position for three months.

Based on what the auditors discovered over a two-day period in November 2015, they came to the conclusion that the intelligence unit was compliant with department policy:

The report states that the intelligence unit comprised eight full-time personnel in 2015 and had recently completed a transfer from its old criminal intelligence file database called Orion (which was used during the Spy Files controversy) to a new database platform called ACISS.

Auditors say that they looked at the files of every named person and organization in the intelligence database and found only a few that did not belong:

2015 Intelligence Unit Audit
Auditors also found evidence that the DPD included information on individuals’ ethnicity and affiliation to religious, political and “unpopular noncriminal groups” in the intelligence files. While the auditors agreed that these individuals were properly included in the database because of reasonable suspicion of criminal activity, they recommended that the DPD not include unnecessary identifying information to avoid the “incorrect perception that inclusion of the subject in the file may have been motivated by an improper basis":

2015 Intelligence Unit Audit
The report makes very few mentions of monitoring social media or what practices the Intelligence Unit should use when capturing and disseminating screen shots of posts made on Instagram, Facebook and Twitter — an activity that Westword found during its investigation of department practices.

Westword will review the 2016 audit when it becomes available.