The Link Between Cops' F-Bombs and Police Brutality

Courtesy of Holland, Holland, Edwards & Grossman
Greg Heard after being tased by a Denver police officer.
A prominent Denver civil-rights law firm has announced that it is preparing a lawsuit on behalf of Greg Heard, a homeless man who says he was trying to surrender to a Denver police officer when he was tased in an episode caught on a body-camera video. A former SWAT team leader believes Heard's tasing represented "a textbook use of force," but Michael Berry, a retired police officer who currently trains law enforcers, strongly disagrees. He breaks down the clip, on view below, and notes that the officer's use of unprovoked profanity before pulling his taser's trigger helps explain how incidents like this one can result in excessive force against a suspect and injury or worse to police.

"The biggest tool in our tool belt is communication — our mouth," says Berry, whose training business is called Technical Learning Solutions. "We can de-escalate using verbal control. But an officer's communication can also lead to a suspect being combative or non-compliant. And that's when bad things can happen."

As we reported in a previous post, the Denver Police Department report in the Heard incident dates to June 3 of last year. According to it, officers Greg Dulayev and Adrian Enriquez were dispatched to the corner of Park Avenue West and North Clarkson Street on a call about an assault in progress. Upon their arrival, the document says, "the officers observed an assault occurring in the bushes where a black man was punching a white male."

By the time Officer Dulayev's body-worn camera begins recording, as can be seen in the video, Heard is the only person hiding under a bush. Once the audio kicks in (during the first thirty seconds of the clip, there's no sound because of a delay), Dulayev orders, "Crawl out. Crawl out on your hands and knees. I'll fucking tase you." 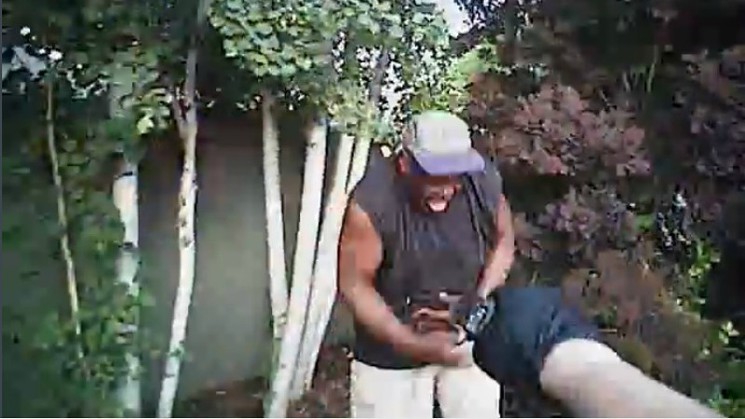 The moment in the video when Greg Heard is tased.
Courtesy of Holland, Holland, Edwards & Grossman
Heard moves as directed, displaying his hands in front of him in a way that makes it clear he doesn't have a weapon. After crawling out from behind the bush, Heard stands, but he appears to duck in order to avoid overhanging greenery from a tree. At that point, Dulayev snaps, "Stop!" However, Heard takes either one or two more steps — and the officer fires his taser.

In the immediate aftermath of the tasing, Heard gasps, "I can't breathe, man! I can't breathe!" Over subsequent repetitions of this phrase, he even uses the word "sir." Dulayev mostly ignores these statements while trying to arrange for a paramedic to take a look at Heard. But finally, he says, "You're talking, so you can breathe. Relax now. It's over. It's done. Okay?" A moment later, Dulayev asks, "Why you do that, man? All I asked you to do was come out. Was it a bad decision?"

The folks at Holland, Holland, Edwards & Grossman feel Dulayev is the one who made the wrong choice and is currently putting together a lawsuit based on what took place. But Grant Whitus, a onetime Jefferson County SWAT team leader who analyzed the video for 7News, thinks Heard and company don't have a case. Whitus told the station that Dulayev's "commands were clear. [Heard] should have understood him; he's holding a taser on him." He added that, in his view, Dulayev's actions were "perfect."

Not so, says Berry, whose own experience includes seventeen years with the Newport News, Virginia, police, a stint as a police chief in Rincon, Georgia, and two years of serving as director of security for Ameristar casino in Black Hawk before he launched Technical Learning Solutions. (Over the past three years or so, he's consulted for local agencies such as the Boulder Valley School District, Front Range Community College, the Colorado State Patrol and the Colorado Department of Transportation.) He considers Dulayev's F-bomb to be the first misstep. 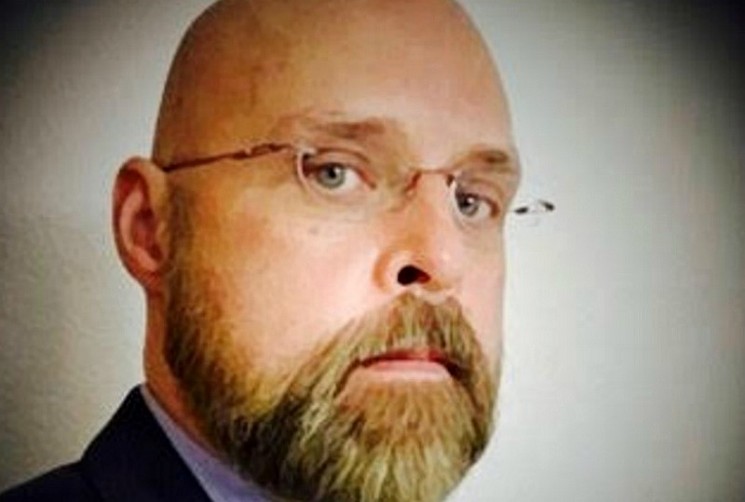 Michael Berry.
Courtesy of Michael Berry
"The officer is already amped up, because he's already using curse words," Berry maintains. "He says, 'I'll fucking tase you,' and that's uncalled for. He's heightening the situation, showing that he's out of control — that he's agitated and aggressive in his verbal response."

Berry illustrates his point like so: "Say you and I are pulling into a parking space in Larimer Square and you bump the rear of my bumper. I get out of my car and think, 'This isn't going to be a good day' — but I ask, 'Are you okay?' and I'm really respectful, and that should prevent things from getting worse. But if I get out of my car, throw my hands in the air, and say, 'What the fuck's wrong with you?,' then I'm bringing it to the next level. The next thing you know, I'm getting arrested by the DPD for fighting in a parking lot."

If the officer was uncomfortable with Heard rising to his feet after emerging from the bush, "He could have said, 'Don't stand up. Just crawl,'" Berry continues. "There are times that wouldn't work; when the situation is already out of control, you have to use control aggressively. But this guy [Heard] wasn't trying to fight the officer, he wasn't arguing with the officer. His facial expression, his body movement, didn't display any pre-assaultive indicators. He was getting his balance, coming out of a leaned position, and even if he wasn't tripping outright, he wasn't on solid footing. And he's a big man. It looks like he's just trying to stand straight up, and he's talking while he's walking, kind of trying to explain himself — like, 'I didn't start it' or something like that. So he's doing a lot of things — he's multi-tasking and trying to process all this information. But the officer didn't give him time to process it."

In Berry's view, Heard definitely didn't expect Dulayev to react the way he did. "His arms are at his sides, he's unarmed, his chest isn't expanded, his shoulders aren't back, his eyebrows aren't in a frowning position. He doesn't curse the officer. He's giving all of these cues that he doesn't want conflict. And then, when he gets tased, you can see by the way his body and face react that he's like, 'What the hell just happened?' If you'd have shot him with a gun, he wouldn't have been more surprised." 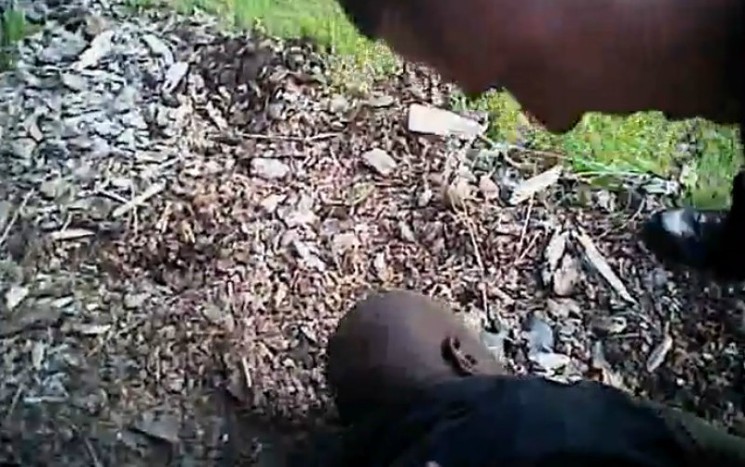 Officer Greg Dulayev speaking to Heard after the tasing.
Courtesy of Holland, Holland, Edwards & Grossman
Even after Heard is down, Berry sees areas of concern with the officer's actions, including his dismissal of the suspect's complaints about not being able to breathe. "We're not trying to coddle the person who's being arrested, but we are trying to show we have empathy and sympathy. We're trying to calm the situation down. It's no different than a shooting, where the suspect is down. You say, 'You're going to be all right, we're getting an ambulance.' You let the person know it's not personal — like, 'You pulled a gun and I had to shoot you, but now I'm going to help you. I'm going to put pressure on your wound. If you have cardiac arrest, I'll do CPR.'"

Taking this tack demonstrates a level of basic respect for the suspect as a human being that can prevent a turn that may endanger officers, Berry argues. "The FBI has done studies of situations where a suspect had the opportunity to flee without doing harm to the officer, but he chose to take an action against him. And afterward, in the majority of cases, the suspect said the reason he did it was because the officer had disrespected him, had talked down to him, had belittled him — and that communication was why the suspect took out after the officer. In their terms, the officer got what was coming to him."

The bottom line, from Berry's point of view? "If you have negative communication with someone, you're going to get a negative response."