Why We Don't Know How Many Domestic-Violence Fatalities There Are

Facebook
Richard Lockett has now pleaded guilty to killing his wife, Kirsten Russell Lockett, who's seen with him in this Facebook photo. Additional images below.
The tragic death of Kirsten Russell Lockett didn't escape public notice. In July 2015, Westword was among the news organizations to report about the arrest of Richard Lockett, Kirsten's estranged husband, for her murder, and late last month, his guilty plea and subsequent sentence to life in prison without the possibility of parole also received coverage. But not all episodes of fatal domestic violence, let alone incidents that nearly result in death, are known by the media or even the law enforcement community as a whole.

"There are too many deaths due to domestic violence," says Colorado state senator Lucia Guzman. "And there could possibly be even more."

The reason for this uncertainty has to do with the incomplete and inconsistent way in which information related to domestic violence is compiled across Colorado. As noted by Guzman, a Democrat and the state Senate's current minority leader, "There are only a few areas in the state that actually collect this data."

A new bill co-sponsored by Guzman aims to change that. If it becomes law, the measure, which goes before the state senate judiciary committee today, Monday, February 13, will create a Colorado domestic-violence fatality review board and mandate that agencies throughout the state gather and share details about fatal and near-death domestic violence. The result, Guzman believes, will be a more complete picture of this particularly horrific crime. "After we have that," she says, "we can hopefully move into a prevention mode."

A file photo of Colorado state senator Lucia Guzman.
Photo by Sam Levin
The measure has supporters on both sides of the aisle. The concept is backed by Cynthia Coffman, Colorado's Republican attorney general, and legislative sponsors joining Guzman include two more GOP loyalists, Senator Bob Gardner and Representative Yeulin Willett, as well as another Dem, Representative Millie Hamner.

As for Guzman, she's seen a similar approach work as applied to another disturbing area of crime.

"Years ago, I was part of a bill that set up the same kind of thing, but it was looking at the fatality rate of children in domestic-violence situations," she says.

Most municipalities will note if a death is related to domestic violence, Guzman allows, "but there are a lot of near-death incidents that are not recorded, and we want to look at those, too. If people have been seriously beaten and find themselves in the emergency intensive-care unit — they almost died, but didn't die — knowing about that can give us a better understanding of how many near-deaths there are. And then we can start to look at trends. We can see how many people died in a certain situation, what the environment was like, what the perpetrator was like. All these kinds of things may be able to help us give some kind of protection earlier or help some of the state agencies play a role at the front end of things rather than at the end, when it may be too late." 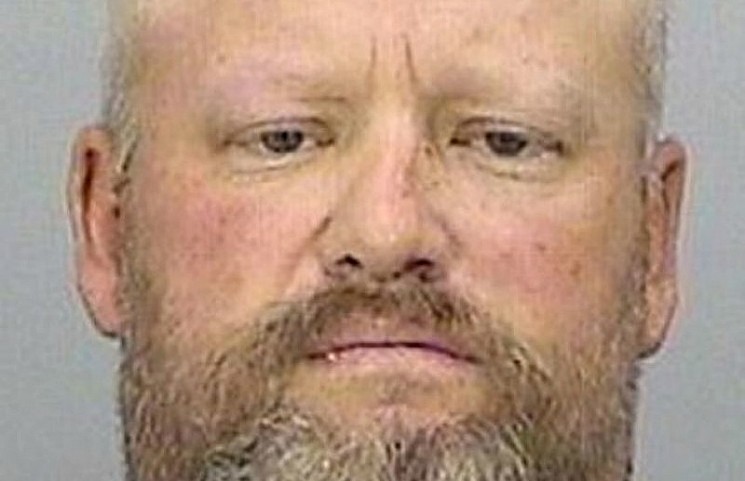 Richard Lockett's booking photo.
Castle Rock Police Department
The board, which the legislation authorizes for a ten-year period beginning in 2018, "will be made up of sixteen members from a lot of different areas and professions," she continues. "There'll be representatives from forensic medical law enforcement, the Colorado Department of Public Health and Environment, someone from the city attorney's office with domestic-violence experience, nonprofit representatives and even two domestic-violence survivors. There'll be a wide range of experience."

The data will be assembled by what Guzman calls "local and regional domestic-violence fatality review teams. There are some places that already have these review teams and some that don't. But that data will be transferred and moved to the board, and the boardmembers will examine it and report to the general assembly. And the way it's collected will be very confidential. They'll come up with ways to analyze the data without prying into personal information."

As a bonus, Guzman says the costs related to the board and the review teams in cities, counties and municipalities across the state should be on the modest side. No wonder she's optimistic that the measure "will move forward pretty quickly, with a goal of curtailing the deaths that are coming from domestic violence."

After all, everyone agrees that the fewer stories there are like Kirsten Russell Lockett's, the better. Here's the Colorado domestic-violence fatality review board bill.