Yeah, I Ate That

Casa Bonita is a true Colorado classic, a forty-plus-year-old eatertainment complex that bills itself as "the world's most exciting restaurant" and has been immortalized on South Park as the "Disneyland of Mexican restaurants."

Despite its international notoriety, though, some Coloradans have never been to the place — a shocking lapse that we were determined to remedy on Saturday night, when our crowd of natives (one wearing a "Sopapillas only" T-shirt) and newcomers arrived at the Pepto-Bismol pink complex at 6715 West Colfax Avenue.

Then came the bad news. A sign on the door announced: "It is that time again! Pool renovation starts this week. We WILL NOT have our cliff divers or waterfall. Not to worry, we will still have plenty of fun entertainment including our gunfights, pinata breakings, pirate duels and, of course, Chiquita, our 500 pound escaped gorilla."

And in more bad news, the kitchen was also open. But because the cliff divers and waterfall had dried up, Casa Bonita was offering $6 off its deluxe dinners (and deluxe dinners only): normally $17.12 for all the tacos and enchiladas you can eat in either chicken, beef or cheese varieties.

Everyone over age two must purchase a dinner in order to enter Casa Bonita; your meal arrives quickly through a chute as you snake through the line, and then you are sent to your assigned table.

We were seated right over the empty pool, where we got to marvel at the technology that normally operates a thirty-foot waterfall and puzzle over the preponderance of fans and dryers. 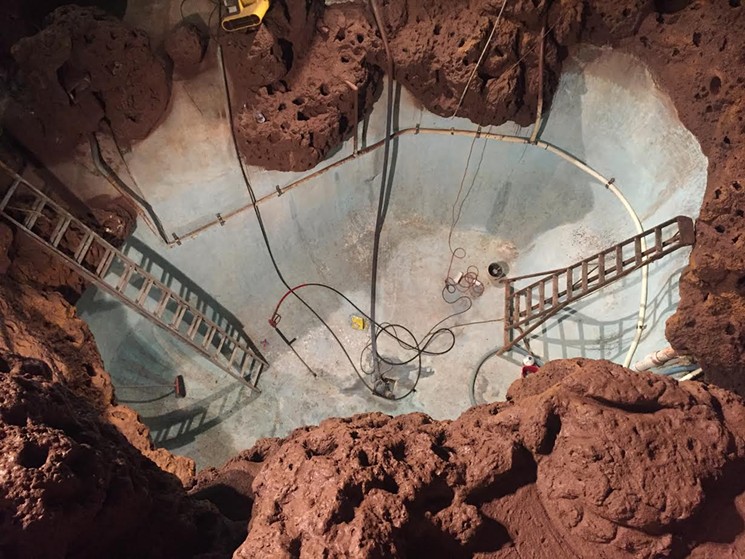 Casa Bonita's divers were left high and dry on Saturday.
Dan Obarski
According to the real Casa Bonita Facebook page (accept no substitutes — and there are plenty of imposters),  the pool renovation project started late in January. "Not to worry," the message advised. "We have completed this process before and thankfully we have some of the same very talented employees still working with us. We have shared a few pictures of the crew that completed this restoration many years ago. We will work through this process quickly so that you will soon see the even more tropical majestic waterfall and surrounding area in the warmth, beauty and splendor of Casa Bonita. See you soon!"
click to enlarge 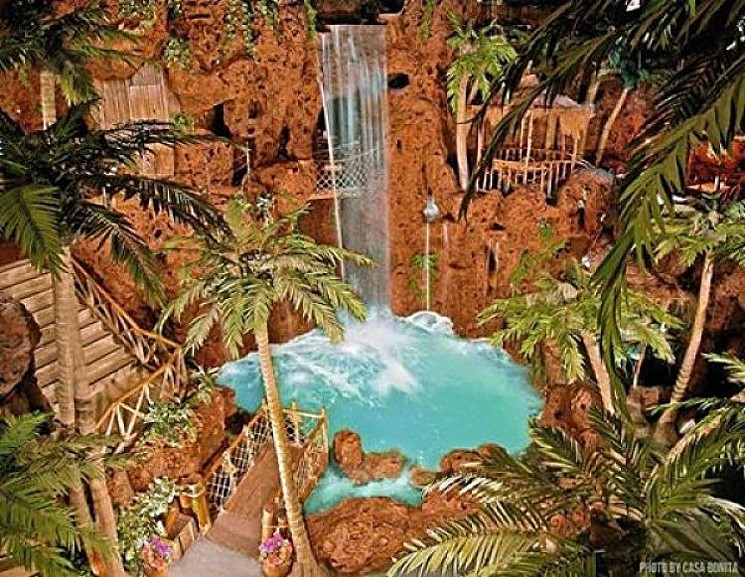 The grotto at Casa Bonita in rainy season.
Casa Bonita

And when did Casa Bonita last complete the process? Numerous calls and Facebook messages to managers were not returned, but a server told us that the pool was last drained twenty years ago, and that this round, looking at the things left at the bottom was like "seeing the wreck of the Titanic — silverware and stuff." Bearing out his time estimate is the T-shirt worn by one of the crew members in a picture of the earlier pool renovation posted on the Casa Bonita Facebook page; the slogan on the shirt is "I survived the Casa Bonita floods 1995." 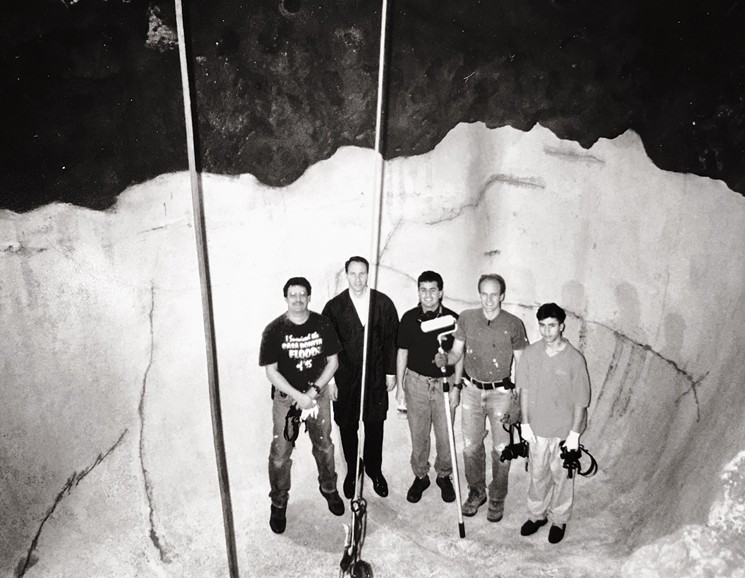 An earlier renovation crew.
Casa Bonita Faceook
And we survived our trip to Casa Bonita. Although we never did find Chiquita, Black Bart's cave provided plenty of amusement, the sopapillas were as satisfying as ever, and in the greatest wonder of all, one member of our party raised the flag for a second round of tacos.