Jim Wills
Hats are not required at Denver Fashion Weekend.
By now we are well into spring, which means one thing in Colorado: wacky weather. Aside from impacting your wardrobe, this oddball season can seriously mess with your social calendar. But don't worry: From indoor to outdoor activities, we've got you covered in this week's list of the best events in Denver.

Hot off the heels of his latest chart-topping album, I Decided, Detroit-based rapper Big Sean is bringing his massive tour to Denver. After getting signed to Kanye West’s GOOD Music in 2007, Big Sean has maintained a prolific touring and recording schedule, releasing four studio albums, four mixtapes and countless guest verses, where he often outshines his peers. Fans can see Big Sean, along with opening acts MadeinTYO and DJ Mo Beatz, starting at 7 p.m. on Tuesday, March 28, at the Fillmore Auditorium, 1510 Clarkson Street. Call the Fillmore box office at 303-837-0360 or visit ticketmaster.com for information and tickets, which start at $49.50.

It's crazy to think how we can manipulate photos in mere seconds on our phones. What's even crazier is to think about how photographers in the 1820s also edited pictures in an era when it took a full eight hours to get an exposure. Take a humorous and informative journey with shutterbug historian Mark Osterman at Photographic Truth: A Lecture by Mark Osterman, and find out why pictures have lied to us since their inception; he'll show re-creations of the photo-editing techniques used by the first photographers. The lecture starts at 7 p.m. on Tuesday, March 28, at RedLine Contemporary Art, 2350 Arapahoe Street. For more information, visit redlineart.org.
Wednesday, March 29

Fort Comedy’s standup series at the Aggie Theatre, 204 South College Avenue in Fort Collins, has great shows planned all month long, but Rory Scovel’s show on Wednesday, March 29, might be its best. Scovel has appeared on @Midnight, Inside Amy Schumer and Conan, and commits fiercely to absurd premises, dropping non sequitur chuckle bombs on the audience from seemingly out of nowhere. “You guys ever steal an old person?” Scovel begins in one bit, scanning the crowd’s nervous reaction before doubling down. “Here’s a tip: Old people in wheelchairs rarely turn around to see who’s pushing them.” While Scovel has enjoyed the acclaim of being a comedian’s comedian for the past few years, the entertainment industry is finally catching on to his talents. Rounded out by Denver favorites Ben Bryant and Zach Reinert, the show, which starts at 7:30 p.m., is well worth the shlep up I-25. Tickets, $20, are available via ticketfly.com.

In an era when tacit hate speech rings loudly from the highest corridors of power, heartening reminders of the power of peaceful resistance are sorely needed. It’s this spirit that motivates the Mizel Museum’s film series, which continues on Wednesday, March 29, at 7 p.m. with a screening of the documentary Get in the Way: The Journey of John Lewis at the Sie FilmCenter, 2510 East Colfax Avenue. A profile of civil-rights leader and Georgia congressman John Lewis, Get in the Way chronicles his lifelong struggle for social justice, particularly his early days protesting the worst abuses of Jim Crow. Visit mizelmuseum.org to learn more and buy tickets, $10.

303 Magazine’s Denver Fashion Weekend at the Exdo Event Center, 1399 35th Street, gives it up for local designers and beauty professionals over one fast, hot and heavy weekend that begins with a runway show on Thursday, March 30, providing an overview of 2017 fashion trends here and across the nation. The weekend continues down the runway on Saturday, April 1, and wraps up Sunday, April 2, with the Hair Show, a DFW tradition that showcases Denver’s most exclusive and creative hair salons and stylists. Each evening begins with a 7 p.m. red-carpet reception, followed by the main events at 9 p.m.; catch celebrity model Madeline Stuart, who has Down syndrome, on Thursday, when she’ll present her 21 Reasons Why clothing line, and again on Saturday, when she’ll walk the runway for Denver designer Gino Velardi. For tickets, $10 to $400 nightly, and a full schedule, visit 303magazine.com/DFW.

Hemp leaders from around the world will flock to Colorado for the NoCo Hemp Expo, the largest hemp-centric event in the country. The convention and trade show kicks off on Thursday, March 30, with a concert at the Aggie Theatre, 204 South College Street in Fort Collins, with Marco Benevento and Musketeer Gripweed. Then, starting on Friday, March 31, the Ranch Events Complex, 5280 Arena Circle in Loveland, will be packed with panels, presentations and workshops all led by hemp experts from around the world. Friday’s events are solely for folks in the industry, but the expo opens to the public on Saturday, with consumer-oriented sessions dedicated to hemp education from 10 a.m. to 6 p.m. Find tickets, $15 to $395, at nocohempexpo.com/ticket-sales. 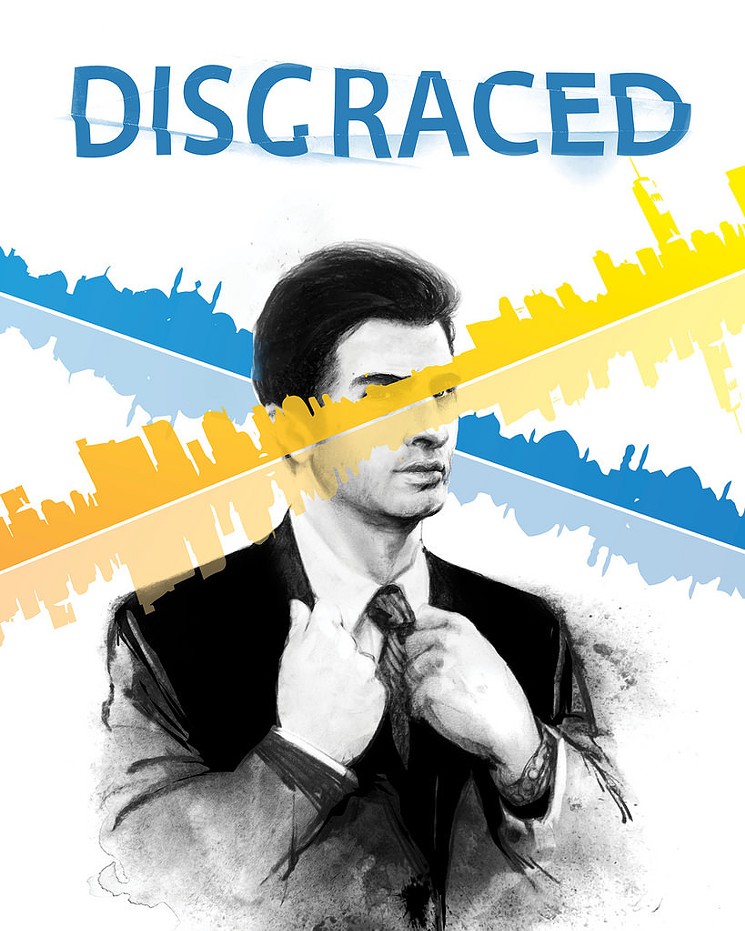 Vikings are huge these days, what with a hit show on the History Channel and dudes all around town sporting big beards and partially shaved heads, just like Ragnar Lodbrok. The Museum of Nature & Science taps into the Scandinavian zeitgeist on Friday, March 31, with a Viking Bash (as in party, not a blow to the skull) from 7 to 10 p.m. The 21+ event will celebrate the museum’s temporary Viking exhibit, Vikings: Beyond the Legend, with drinks (one each; this is a place of learning, after all), appetizers, and demonstrations by the Fjellborg Viking Reenactor Society, complete with steel-weapon combat. Registration is $38 to $43 per person and includes a tour of the exhibit; sign up at dmns.org. Costumes are encouraged, so give it your best Lagertha or Ragnar! The museum is at 2001 Colorado Boulevard.

A powder-keg premise more than hints at what audiences will be in for when the cultural can of worms that is Ayad Akhtar’s Pulitzer Prize-winning play Disgraced, directed by Carl Cofield, opens on Friday, March 31, in the Ricketson Theatre. Amir Kapoor, a lawyer and lapsed Pakistani Muslim, and his WASP-y artist wife, Emily, sit down to dinner with Kapoor’s black colleague and a Jewish art curator in their Upper East Side apartment, and the sociopolitical sparks begin to fly. Short, fast and quick, with hotly pointed dialogue, Disgraced runs through May 7 at the Ricketson, located in the Denver Performing Arts Complex. For tickets, starting at $35, visit denvercenter.org.

Keep reading for more of the best events this week.