The Ten Best Craft-Beer Events in Denver in May 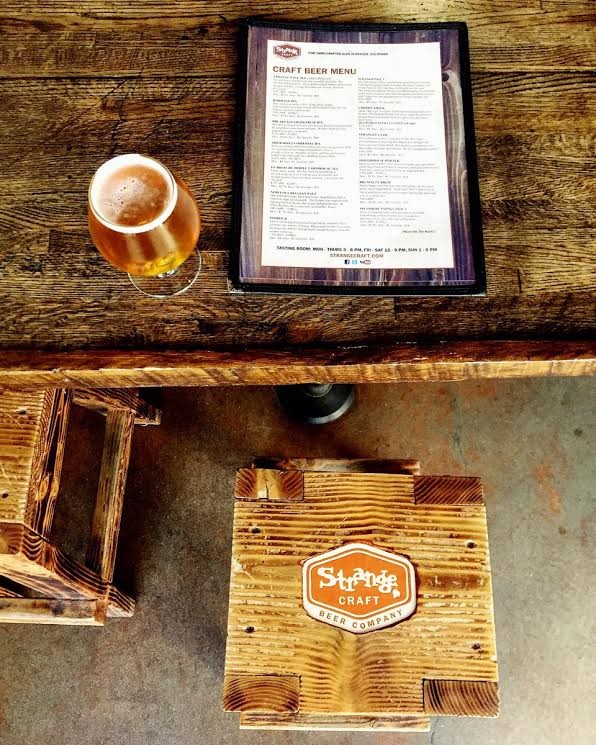 Strange Craft Beer Company
Strange Craft will celebrate American Craft Beer Week and its seventh anniversary.
May is a busy month for Colorado — and especially for Colorado breweries. Not only is it the beginning of festival season — several examples of which you can see below — but you have Cinco de Mayo, May the Fourth, Memorial Day and American Craft Beer Week, a national celebration of independent brewers that takes place May 15-21; dozens of local breweries are likely to hold special events honoring the week. Plus, there are maibock tappings all over town; this traditional German-style lager is light in color, but sometimes dangerous when it comes to ABV! For a few examples, check out Bierstadt Lagerhaus, Comrade Brewing, Wit's End Brewing, Prost Brewing and Odyssey Beerworks, which are just a few of the places tapping maibocks in May.

Plus, there are a host of anniversaries, a new brewery opening, and the list goes on and on. If you want to see all of the craft-beer tappings around town each week, check out our weekly Beer Calendar, posted every Wednesday in Westword Food & Drink. But in the meantime, here are ten can't-miss craft-beer events for the month of May. 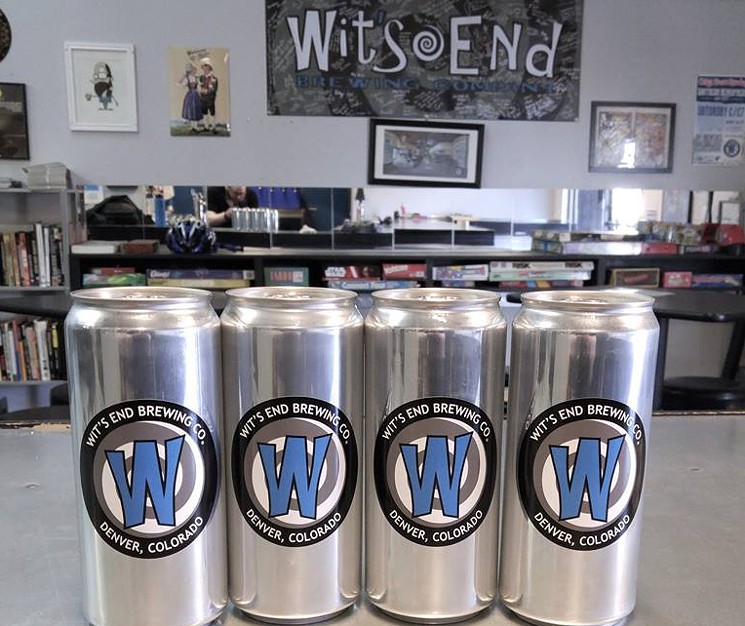 Wit's End Facebook page
Thursday, May 4
Mai the Fourth Tapping
Wit's End Brewing
2505 West Second Avenue
What do you get when you combine beer geekery with Star Wars geekery? A mashup of the May the Fourth (be with you) "holiday" and the tapping of a maibock, the traditional spring lager of Germany. Leave it to Wit's End Brewing, whose owner loves Star Wars, to create Mai the Fourth. "We fired up the big system this year, and we are also proud to say we used a lager yeast for the very first time," the brewery says. "In addition to the beer, we will have our new Mai the Fourth tees, and of course we will be screening our favorite space opera all evening." Wit's End also encourages any and all Star Wars costumes and clothing. Wear your favorite outfit and get 10 percent off.

Big Choice Brewing
Friday, May 5
Cinco de Mayo/Fifth Anniversary
Big Choice Brewing
7270 West 118th Avenue, Broomfield
Breweries all over the metro area will be celebrating Cinco de Mayo today through Sunday, so you can check in with your favorite to see what's going on. But Big Choice, which is also celebrating its fifth (cinco) anniversary this weekend, is tapping two beers that sound particularly intriguing. The first is Tequila Barrel-Aged Gose, a traditional German-style gose that has been resting in a tequila barrel since last summer. The second is horchata-inspired Oatmeal Stout, which has flavors of vanilla and cinnamon to complement its sweet malts. There will also be a taco-bar potluck; Big Choice will supply "the meat stuffs and tacos shells" if you bring your your favorite taco fixins. This will likely be Big Choice's last anniversary in its old location in Broomfield, as the brewery will soon move to Brighton.

Oskar Blues Grill & Brew Facebook page
Friday, May 5-Sunday, May7
Oskar Blues
Oskar Blues Grill & Brew
303 Main Street, Lyons
Oskar Blues Grill & Brew will celebrate twenty years of business at its original location in Lyons with a weekend-long party featuring special beers, live music and food. Established in 1997 by Alabama native Dale Katechis as a Cajun restaurant, Oskar Blues Grill & Brew began brewing in 1999. On Friday, there's a crawfish boil and kegger starting at 6 p.m., followed at 8:30 p.m. by performances by Lil Smokies and Spring Fever with Sally Van Meter. Tickets are $15 for just the music, $20 for just the food, or $30 for everything, including an Oskar Blues cup. The party continues Saturday with food from Chuburger, Cyclhops, Oskar Blues Grill (burgers, fajitas, a pig roast and oysters) and a world-record attempt by Hotbox Roasters to make a birthday cake featuring more than 2,000 doughnuts. Music begins at 5:30 p.m. from Interstate Stash Express, followed by Halden Wofford & the Hi Beams at 7 p.m. (no cover). Then at 8:30, Slim Cessna’s Auto Club, along with opening band Gasoline Lollipops, goes on; tickets are $20 in advance, $25 day of show. And finally, on Sunday, things wrap up with a pancake breakfast from 9 to 11 a.m. to benefit CAN’d Aid Foundation; there is a suggested $5 donation. Music will start at 3 p.m., and a specialty beer will be on tap. Breakfast includes coffee from the company's own Hotbox Roasters.

TRVE Brewing uses Troubadour malts in most of its beers.
Troubadour Maltings Facebook page
Saturday, May 6, and continuing through the month
SOWN Beers
TRVE Brewing and six other breweries
Troubadour Maltings, one of a handful of local craft maltsters that have started up in Colorado over the past few years, will kick off a seven-brewery beer-tapping project called SOWN in conjunction with TRVE Brewing head brewer Zach Coleman, who helped conceive of the idea. The project's aim is to highlight craft-beer raw ingredients grown and processed in Colorado. "Rather than simply making it about 'local' ingredients, we really wanted to focus on the relationships along the supply chain, why that's important, and the cool beers that can result from this level of engagement," Troubadour says. Each of the seven breweries — TRVE, Our Mutual Friend, Cerebral, Comrade, Call to Arms, Berthoud Brewing and Horse & Dragon — will tap a special beer made with Troubadour malts and other Colorado ingredients. The beers should be on tap throughout the month. TRVE's is a dry-hopped saison fermented in puncheons (small wooden barrels). It was brewed with Troubadour Maltings Pevec and White Wheat; High Wire Hops CTZ, Cascade and Crystal hops; and Inland Island Yeast Laboratories saison yeast blend. For more information on the other beers, go to Troubadour's Facebook page.

Cerebral Brewing
Saturday, May 13
Here Be Monsters Tapping
Cerebral Brewing
1477 Monroe Street
Here Be Monsters, a 13.1 percent Imperial Stout aged twelve months in Woodford Reserve bourbon barrels, was one of my favorite beers from the Big Beers, Belgians and Barleywines Festival in Vail last January. But that version was just a sneak peak. This time, Cerebral will release the beer on tap and in bottles ($16 each with a limit of four per person), starting at noon. "Whiskey, charred oak and cherry on the nose followed by notes of luscious chocolate, toffee, and caramel," the brewery says. Cerebral will also release a vanilla variant of the beer, which has been conditioning on Madagascar Bourbon vanilla beans for more than three weeks (this one will be limited to two bottles per person).