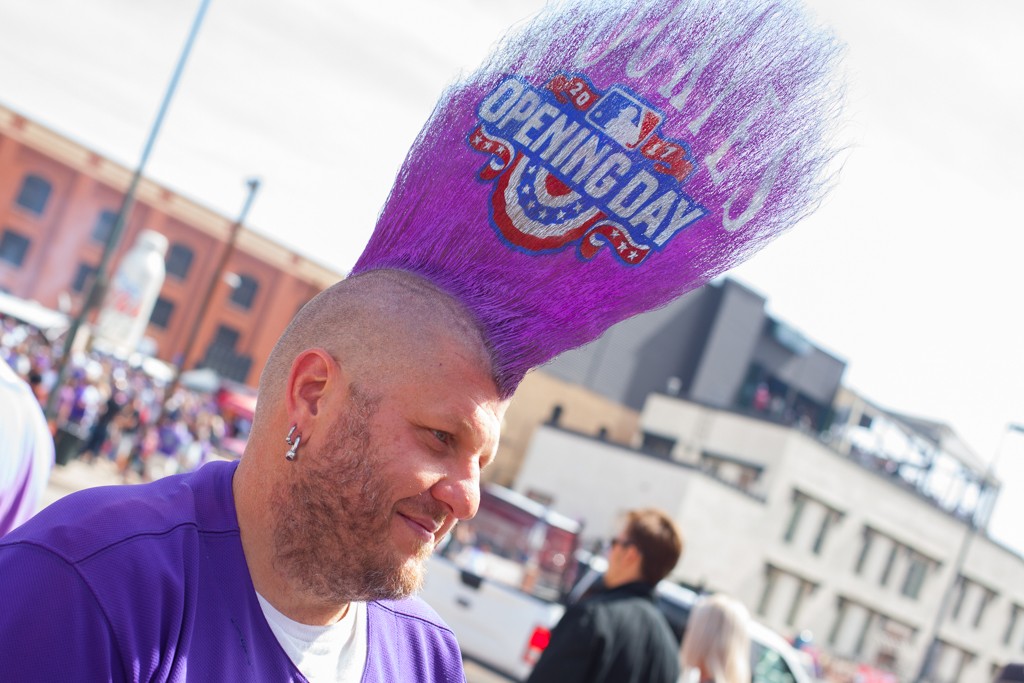 Westword
We're guessing this guy will know exactly where to eat and drink inside Coors Field.
Now that the Colorado Rockies are back for another season of baseball at Coors Field, Denverites will be spending plenty of time and money rooting for the home team — and loading up on typical ballpark eats and drinks. Sure, you could settle for the same hot dog or nachos sold at every ballpark in the country, or you can keep it local by hitting up one of these Colorado-based concessions for an inside-the-park home run.

The Tavern Ballpark
The Rooftop
The Tavern Hospitality Group already owns several sports bars around the city, so it makes perfect sense that one more would pop up on Coors Field's ultimate party patio. Stop in for eats and drinks with a full view of the game.

Rio on the Rocks
Sections 201-202
This is the ballpark version of Colorado's own Rio Grande group of Mexican restaurants, founded in Fort Collins in the 1980s before spreading to Denver and Boulder. Sip margaritas and enjoy the Rio's distinct style of Tex-Mex; you can even purchase group tickets — loaded with a $20 concession credit — for seats in the Rio's section.

Chuburger
The Rooftop
Oskar Blues is a familiar name to craft-beer drinkers, but Chuburger has been a hidden gem for Longmont residents until recently. The beer company now has three outposts of its farm-focused burger joint: the Longmont original, a new location on Larimer Street, and this burger bar on the Coors Field Rooftop, which opened in 2014.

The Sandlot
Section 112
The designers of Coors Field planned ahead when they built a fully functional brewpub inside the ballpark more than twenty years ago. A game wouldn't be complete without a stop for a Blue Moon beer, several of which are exclusive to Coors Field.

In addition to these vendors, look for Colorado-themed foods and dishes designed just for Coors Field that you won't find at any other MLB ballpark. Beer vendors in sections 121, 136, 151 and 327 pour a selection of Colorado craft brews; you can make it a real ball game with Rocky Mountain oysters from the concession in section 144; or try a few original creations at various locations operated by Aramark: the Colorado Queso Stak (waffle fries topped with green chile queso, pork carnitas and pico de gallo), the Colorado Brisket Melt (chopped brisket, sautéed onions, bacon and white American cheese), or Apple Pie Nachos.