Tom Murphy
Mark Mosher of the Rocky Mountain Synth Meetup.
Colorado has a bevy of great synthesizer artists, and not all of them are producing electronic dance music. We searched far and wide to create a list of synth masters, with a particular focus on people working on the fringes of club culture and pioneering new ways of using their instruments to craft music. Here are twelve of our favorite Colorado synth wizards.

Alex Anderson (left) in Nasty Nachos.
Tom Murphy
1. Alex Anderson – Nasty Nachos
Alex Anderson has been making some of the most adventurous electronic music in Denver with the bands Flashlights, Rose Quartz and Nasty Nachos. For those projects alone, Anderson would be considered a significant synth artist. But his work with Willam Matthewson Devices means his knowledge of synths goes far deeper than merely writing the music. 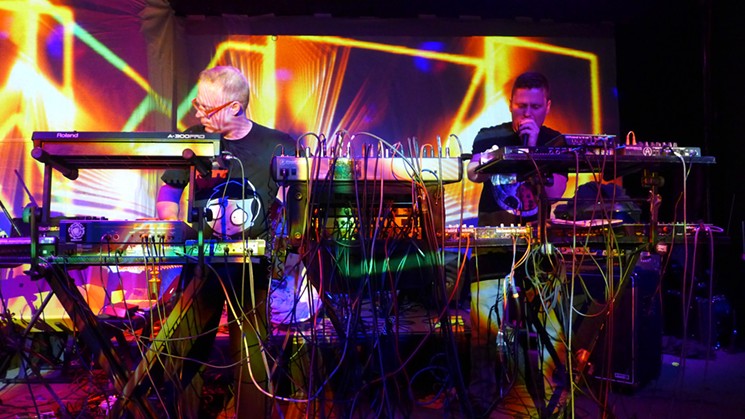 Chris Frain at Downtown Artery, 2015.
Photo courtesy Chris Frain
3. Chris Frain – Pattern Language
Whether releasing music under his own name or as Pattern Language, Chris Frain freely associates/appropriates sounds from a broad spectrum of electronic-music eras and genres. The influence of Cluster and Tangerine Dream as well as Autechre and Pole can be heard somewhere in Frain's labyrinth of sounds.

Gabriel Temeyosa of Kuxaan-Sum.
Tom Murphy
4. Gabriel Temeyosa – Kuxaan-Sum
Gabriel Temeyosa has been performing as Kuxaan-Sum for going on two decades. His use of all-analog, often modular synths culled from his own vast collection of the devices keeps his shows consistently interesting and varied. Temeyosa has also put on electronic-music festivals and synth trade shows, making him more than just a player.

Jesse Sola of Numina.
Tom Murphy
5. Jesse Sola – Numina
These days, Jesse Sola doesn't play Numina out live as he did in a very limited capacity in the past. Instead, his own ambient works end up released on various record labels worldwide. A known figure in the international ambient-music world, Sola has also curated performances from national and international ambient artists like Robert Rich in suburban homes in the Denver metro area. 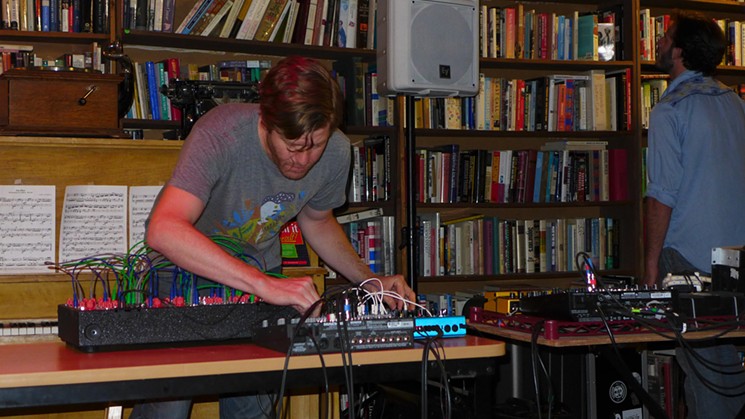 John Mulville of Paperbark.
Tom Murphy
6. John Mulville – Paperbark
John Mulville is a practitioner of modular-synth ambient music with his project Paperbark, whose early albums were issued by Sole's Black Box Recordings. With sounds that convey a strong sense of texture, Mulville has contributed significantly to the Colorado synthesizer-music world.

Read on for more of Colorado's greatest synth wizards.