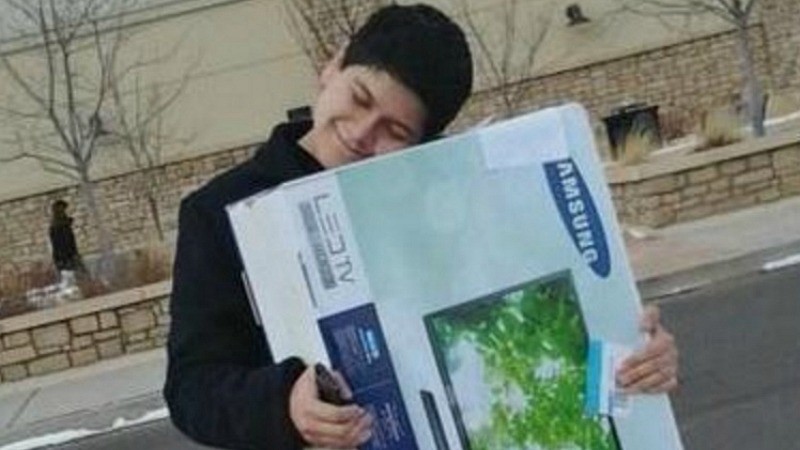 Twitter
Tayson Hildalgo accepted delivery of this new TV — but he didn't do a lot of delivering personally.
Former Sterling mail carrier Tayson Hidalgo, 23, has been sentenced for going postal in his own special way.

The only violence he did was to a few of the approximately 26,000 items he didn't take to people to whom they were addressed.

But as our latest Schmuck of the Week, he really delivers.

Hidalgo's online profile includes a site dedicated to his wedding, scheduled for September. He should be available around then, since he didn't receive a stint in jail for his shenanigans — but his punishment will keep him plenty busy in the meantime.

The plea agreement in the case, which was prosecuted by the U.S. Attorney's Office, reveals that Hidalgo's troubles started on March 15, 2016, when the water company in Sterling informed the owners of his apartment complex about a possible water leak originating from his apartment. Upon entering the unit, said owners saw "large amounts of mail" strewn about the space — so many that they took photos of the piles with a disposable camera. 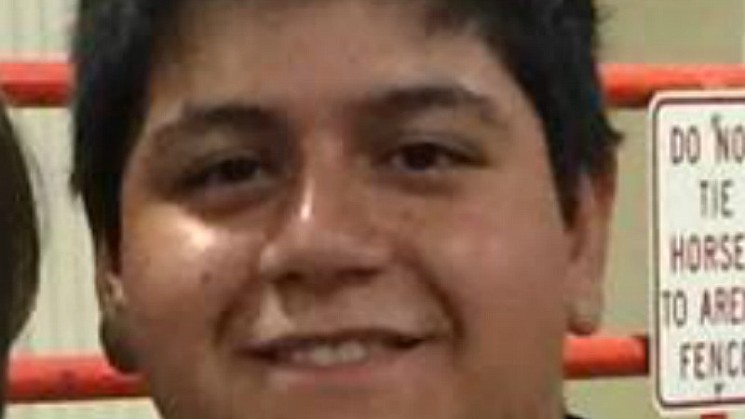 A Facebook photo of Tayson Hidalgo.
Facebook
The mail was still scattered about on April 9, when the owners returned to the apartment to fix a leaky faucet — and there was so much of the stuff that they subsequently contacted the local postmaster. An investigation was promptly launched, and on April 25, after getting a warrant to search the joint, agents found approximately 18,916 pieces of mail inside.

Before long, the document reveals, Hidalgo was questioned about this stash. After initially denying that he'd kept any mail he was supposed to distribute, he eventually admitted doing so — and added that there was more in his car.

Hidalgo was indicted the following October, and the next month, the postal service held a town hall meeting in Sterling in an effort to figure out how to deliver all the mail he'd squirreled away over eighteen months or so of hoarding; the earliest postmark found dated to October 3, 2014, while the latest was April 21, 2016. Authorities reassured residents of Sterling (and some in Fort Morgan) that Hidalgo didn't seem to have been motivated by personal gain, since less than 1 percent of the haul was found to have been "opened, rifled or destroyed."

Last December, Hidalgo entered a guilty plea, and earlier this month, U.S. District Court Judge R. Brooke Jackson sentenced him to two years of probation and 200 hours of community service. Jackson also ordered him to pay $1,506.76 in restitution to his victims.

Hope the money shows up on time.