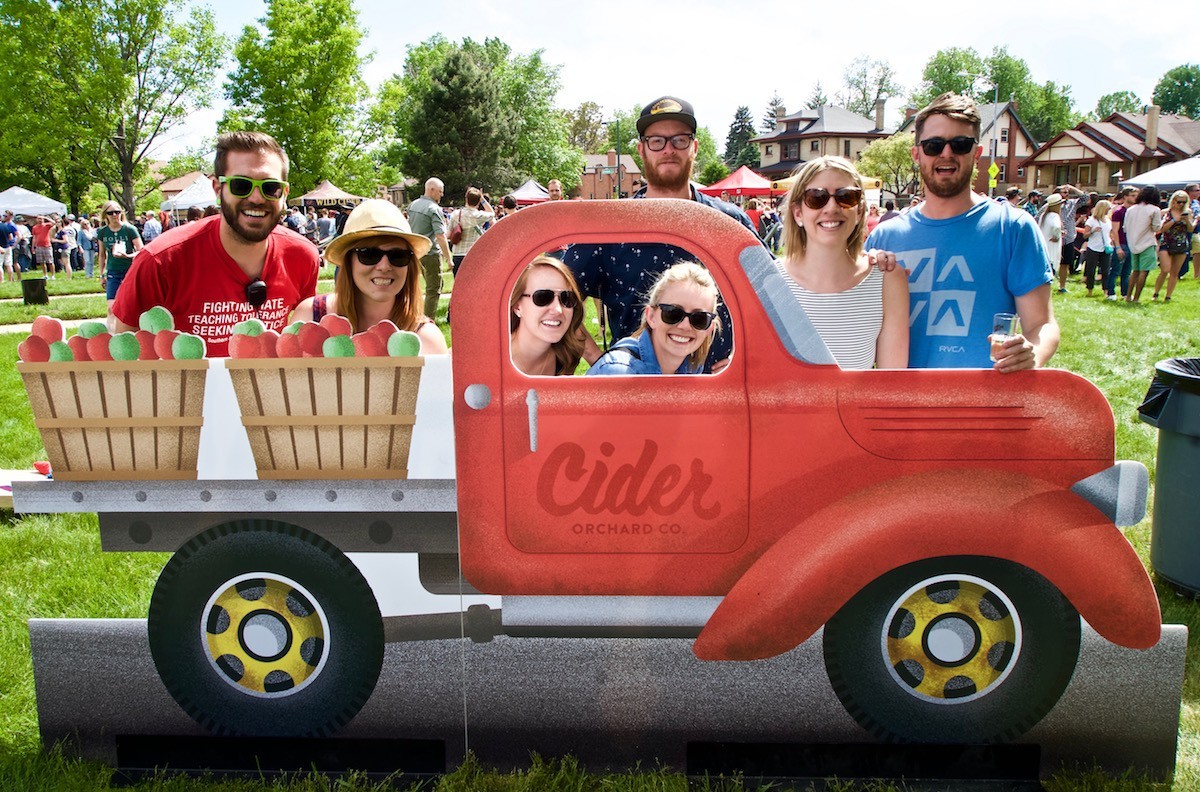 Kevin Galaba
Cider Week Colorado pulls into Denver on May 22.
No thanks to the spread of overly sweet industrial drinks in the 2000s, craft cider makers have had a tough time educating consumers about the quality and complexity of the Rocky Mountain region's finer products being made today. "We literally had to grab people and say, 'This is craft cider,'" explains Eric Foster, co-founder of Stem Ciders and current secretary of the Rocky Mountain Cider Association. Foster and other members of the RMCA are hoping to attract some more potential cider drinkers during Cider Week Colorado, a series of events and tastings the week of May 22 through May 28.

Foster opened Stem in the RiNo neighborhood four years ago with fellow Michigan native Phil Kao. "Ciders were almost non-existent in Denver," he says, with the exception of those being made by Colorado Cider Company, which had only opened in 2011.

But the scene is growing, and there are now enough regional cider makers to populate the RMCA with fifteen members, twelve from Colorado alone. More than a dozen orchards, juice producers and cideries in various stages of planning throughout the state are associate members of the organization.

That means that a growing number of venues will hold cider events during Cider Week. One of those is St. Vrain Cidery, 350 Terry Street in Longmont, a new cider house and taproom that produces several of its own products and also showcases ciders from many other companies — making it the only all-cider bar in Colorado, and one of very few in the United States. St. Vrain will host opening ceremonies for Cider Week on Monday, May 22, from 6 to 8 p.m., with more than twenty Colorado ciders on tap and appearances by professional and amateur cider makers. The event is free, but you'll have to purchase your own ciders. 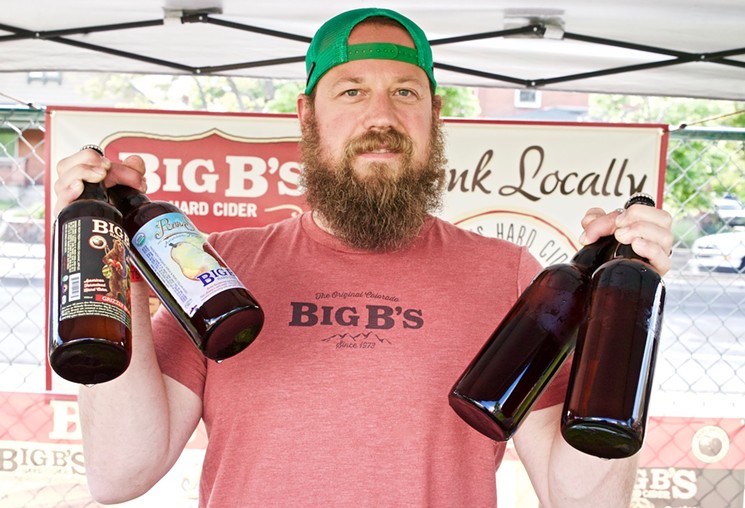 Cheers to craft cider! Big B's will be back for the second annual Pressed Conference.
Kevin Galaba
The week culminates with the second annual Pressed Conference cider festival on Saturday, May 27, on the lawn of the Highlands Masonic Center, 3550 Federal Boulevard. The festival runs from 2 to 5 p.m., and the $45 tickets, which get you unlimited samples of multiple ciders from more than fifteen different makers, can be purchased on the Pressed Conference website. For other events throughout the week at Historians Ale House, Tap 14 and the Pint Room in Littleton, see the RMCA website.

Foster, who grew up in the heart of Michigan's cider-producing region, says that enthusiasm for cider is growing in Colorado. "It was exciting — and also very challenging — to grow a business in this environment," he notes, pointing out that cider was one of America's first alcoholic beverages. "This is the core and culture of America coming back in full force."

In terms of popularity, craft cider is definitely surging. Foster says that if cider were actually a craft-beer style, it would be second in terms of consumption, behind IPA.

And that statistic definitely deserves a round of apple-ause.