The Larimer Facebook page
The Larimer's logo isn't a modern-day hipster; it's a likeness of William Larimer.
Born in Pennsylvania in 1808, William Larimer went on to become a merchant, a railroad baron, a western land speculator, a leader of the Pennsylvania militia and, in 1858, the founder of Denver. His name appears downtown on Larimer Street and Larimer Square, and up north in Larimer County. One hundred and nine years after Larimer laid down the city’s first boundaries with cottonwood branches, Matthew Lindenmuth and Danielle Scotland will honor their own journey from Pennsylvania to Denver by opening The Larimer, their passion-project brewery.

“We are both originally from Pennsylvania, so William Larimer blazed the trail that we followed, and it has become part of our personal storyline as well,” Lindenmuth says. The brewery’s logo, which looks like a guide for how to grow a stylish hipster beard, is actually a depiction of the hirsute Larimer himself. “We get that a lot. General Larimer was the original hipster,” Lindenmuth and Scotland joke. Danielle Scotland and Matt Lindenmuth are The Larimer.
Vessi Vlasseva
The pair started brewing under the Larimer name in April on a contract basis, using Crazy Mountain Brewing’s Denver location to make their first few beers, including La Resistance, a sour ale with pink Himalayan salt; 99 Problems but a Peach Ain’t One, with peaches and ginger; and the Regulators, a hazy IPA that will be tapped at Crazy Mountain on Saturday.

But they have also signed a lease on a space at 38th Avenue and Elm Street in northeast Park Hill, where they plan to open a family-friendly spot this fall that caters to people with kids rather than barely tolerating little ones, as many taprooms do; the area includes several food companies across from a residential neighborhood.

“There’s not much in Denver proper, aside from places with a few board games and such, where a family can go to a brewery and sit down together and enjoy themselves,” says Lindenmuth, who is helping to raise Danielle’s twin six-year-old girls. “We want the kids to be able to have things to do so that they can hang out, too.”

Scotland says it was important to her to have a community feel, which is why the brewery, in addition to its family setting, has also been donating money with each release to an organization that has been affected, or could be affected, by "the new political climate right now. It makes a statement about where we stand." Some of the groups they have donated to include Planned Parenthood of the Rocky Mountains and Youth on Record.

For the latest beer releases, Lindenmuth and Scotland have been cagey about their identity, hoping that some guerrilla marketing would help build a buzz. But that was also in part because of Lindenmuth's backstory.

A top-ranked professional skater, snowboarder and BMX biker, he spent nearly two decades traveling the world (he went pro in 1994, at the age of thirteen) and participating in extreme-sports competition like the X Games and the AST Dew Tour. His Wikipedia profile says he is "most known for being the first action sports athlete in the world to do a double backflip on a vert ramp, often referred to as a 'double Lindy.'" 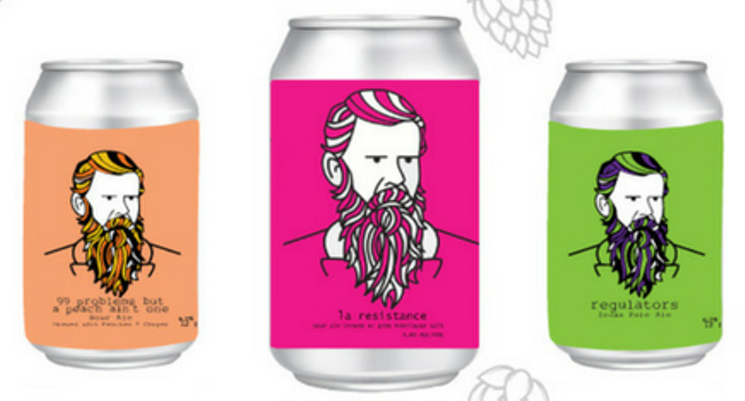 The Larimer has released three beers so far.
The Larimer
An injury in 2012 put an end to his career, but Lindenmuth had already found a new one. While he was on the extreme-sports circuit, he fell in with a group of home-brewers who also skated and rode BMX bikes, and he eventually built up recipes and a passion that he decided to translate into a profession.

In 2013, Lindenmuth returned to Kutztown, Pennsylvania (where he was raised), to open Saucony Creek Brewing. The business started off as a distribution-only brewery before adding a taproom in 2015 and a gastropub last year. Although he brewed the first beers himself, Lindenmuth eventually handed over the reins to a professional brewer, and the brewery has since gained recognition and won a number of awards.

In the meantime, Lindenmuth found himself spending more and more time in Colorado with Scotland, a teacher and artist; he collaborated at Saucony with several Colorado breweries, including Mockery, Epic and Dad & Dudes Breweria, and eventually decided to move here full-time to open a new brewery with Scotland.

"I founded Saucony Creek five years ago, and we are still owners and still very involved there," Lindenmuth says. "But it's grown into something larger than I could have imagined, and we wanted to get back to the purity of brewing again — to the essence of home-brewing, really — which were the roots of the original project." 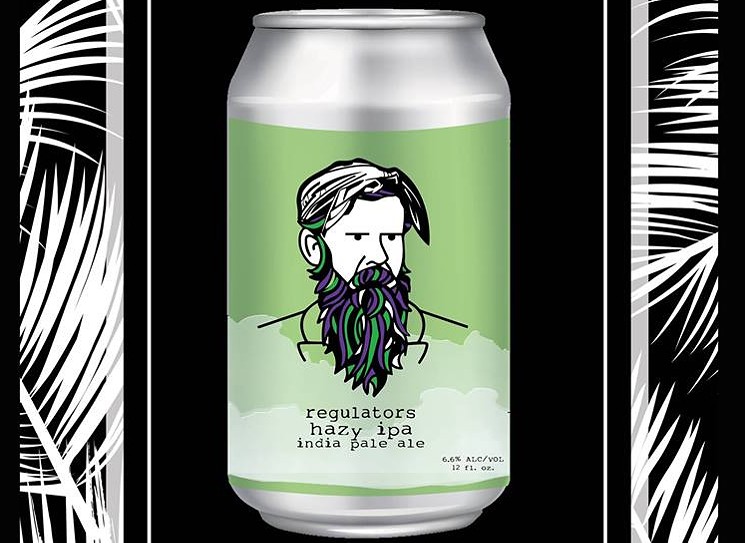 This beer debuts on Saturday at Crazy Mountain Brewing.
The Larimer
To do that, he and Scotland pictured themselves as being gypsy brewers, making one beer here, another there, with a few at Crazy Mountain. Lindenmuth is friends with the nomadic Brian Strumke, who founded the highly regarded Stillwater Artisanal Ales, which has never had its own location, borrowing other breweries for a period of time before moving on. "I was jealous of his travel; I wanted that bedouin brewing lifestyle," he says. "We really didn't want to tie ourselves down too quickly. We wanted the flexibility to get up and go."

But they also wanted to lay down roots, a conflicting feeling that eventually won out. Strumke had used Crazy Mountain for the past year or so as his home base, and he recommended it to Lindenmuth, who already knew some of the brewers there and hit it off with owners Marissa and Kevin Selvy.

There they have worked with the Crazy Mountain brewing team as well as with a circle of professional brewing colleagues to formulate the Larimer recipes. "Mostly we know what we are doing...but by no means are we not nervous," Lindenmuth says about people's acceptance of their beer in a very crowded market.

He brewed one fifty-barrel batch each of a new beer in March, April and May, meaning there's now a stash of about 350 cases of each beer in cans and more on draft. "We're testing the market a little, but this is something we're passionate about," he explains. "We enjoy the culture and lifestyle, and of hanging out and sharing beers with friends. So even if it didn't work, we would keep on brewing, no matter what."