The Ten Best Restaurants on Broadway Danielle Lirette
Duck Buns at Cho77 — some of the best food on Broadway.
Broadway has continued to capture the essence of Denver along its vast stretch of asphalt and concrete, changing with the times in certain spots while remaining steadfastly rooted in the past in others. The food reflects that, too, with great restaurants in hidden pockets of Englewood and on trendy blocks where the city's young and hip go to play. From time-honored Thai to ultra-modern small plates, Denver's most iconic north-south thoroughfare has it all. Here are the ten best restaurants on Broadway, in alphabetical order. 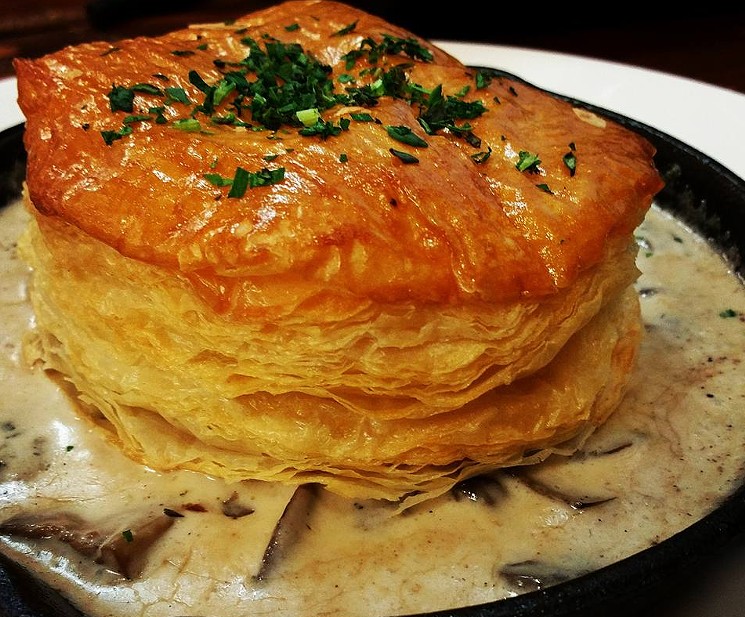 Acres is a true hidden gem on Broadway.
Acres/Facebook
Acres
3999 South Broadway, Englewood
303-593-1003
Acres might be one of metro Denver's most underappreciated restaurants — except by Englewood neighbors, who have discovered the charms of the cozy dining room and the allure of the small but tempting menu. Not to be missed are "Bruce's Biscuits" (flaky buttermilk pillows) and the mac-and-cheese gnocchi, but daily specials on the chalkboard also keep the regulars coming back. A chef's supper series on the last Sunday of every month might be the perfect way for newcomers to check out what could soon be their favorite new find. 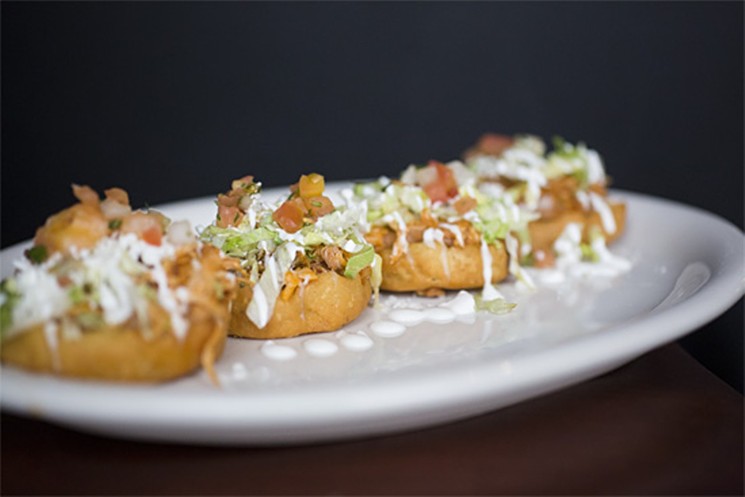 Taco Tuesday is huge, but next time try these sopes at Adelitas.
Danielle Lirette
Adelitas Cocina y Cantina
1294 South Broadway
303-778-1294
Brian Rossi, who's managed Mexican restaurants across town, finally opened one of his own in 2013: Adelitas Cocina y Cantina. The colorful, casual spot specializes in traditional Mexican fare with a focus on Michoacán. The fresh, housemade chips come with three salsas, one of them an avocado crema and another an incredible tomatillo, and there plenty of other appetizers, too, including sopes, chavindecas, tamalitos and queso fundido with chorizo or soyrito. The lengthy menu offers a wealth of entrees in meat, seafood and vegetarian varieties; you can get most of them with red or green chile (which is vegetarian) – or some of both. The service is friendly and the drinks are strong, with house margaritas a bargain at five bucks during happy hour. Don't miss Taco Tuesdays, one of the most popular weekly events in town. Just be prepared to get there early or settle in for a long wait. 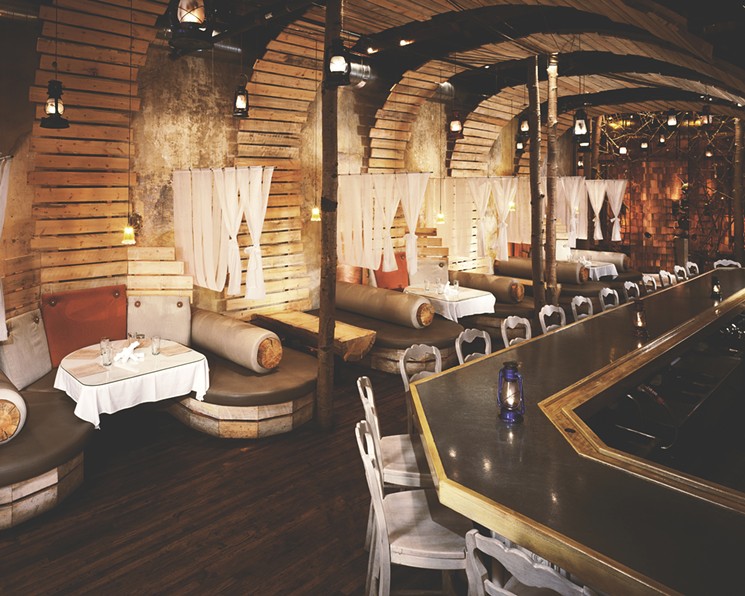 The enchanting B&W ushered in a new era of fine dining on Broadway.
Courtesy of Beatrice & Woodsley
Beatrice & Woodsley
38 South Broadway
303-777-3505
Yeah, it's got a goofy backstory — and trees in the dining room. But get past that and get a table. Beatrice & Woodsley — the third restaurant from the partners behind Two-Fisted Mario's and Mario's Double Daughter's Salotto — remains one of the best eateries on Broadway, and certainly the most remarkable. From a menu that takes ridiculous chances to a room that has an almost gravitational draw, this is a place that has to be experienced to be understood.

Cho77
42 South Broadway
720-638-8179
Over the past two years, chef/restaurateur Lon Symensma  and chef Ryan Gorby's take on a Southeast Asian market stall has trotted out a range of traditional Thai, Vietnamese, Chinese and Indonesian dishes that burst with exotic flavors without ever becoming intimidating. Grab a seat at the bar and dive into Thai coconut curry, steaming pho or potent stir-fries from searing-hot woks just a few feet away. Standout dishes in the past have ranged from a playful bacon-egg-and-cheese ramen to Indonesian octopus laksa to bao mi buns, a clever mash-up of Chinese and Vietnamese sandwiches. You're always in for something fun from the ever-shifting menu.

Chowder Room
560 South Broadway
303-777-3474
The Chowder Room is a little slice of small-town coastal life right on one of Denver's busiest thoroughfares. The service is warm and gracious, the decor is homey while still displaying a seafaring theme requisite of seafood shops, and the menu from chef/co-owner Matt Stein is affordable and sensible, though not without a few fun surprises (ask about daily and weekly off-menu specials). For a few sparkling oysters, a butter-dripping fillet or a solidly constructed sandwich stuffed with cod, salmon or seasonal treats like lobster or softshell crab, there's no better stop for the price. And don't forget the namesake chowder: Classic New England-style leads the way, but the kitchen offers many variations depending on seasonal availability and the chef's whim. In a sea of glitzier fish houses around town, the Chowder Room is a safe harbor.