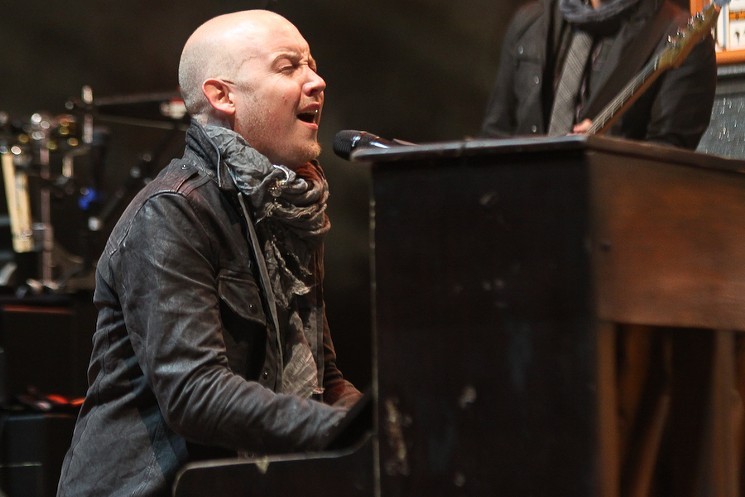 Brandon Marshall
Michelle Guadalupe Felix Garcia, a 16-year-old from Mexico, has been enamored with the music of the Fray, and particularly the Denver group's frontman Isaac Slade, for some years now. The act's 2005 hit "How to Save a Life," with its hopeful message and sympathetic tone, has had a particularly powerful impact on Felix, who has been blind since birth. She loves the song, not just because it has helped her, but because she knows it helps countless others as well.

Felix, who is a singer/songwriter herself, has been interested in music from a young age: "I would play toy pianos when I was three or four, until my parents surprised me with a real keyboard at the age of five. Since then, I started attending classes for years, until I learned how to play by ear any song I wanted." She cites Taylor Swift as another important influence, and by the end of elementary school, she was uploading covers – and originals soon after – to Youtube.

"I had listened to 'How to Save a Life' a couple of times before I paid attention to the lyrics," Felix says. "One day I was in Yuma, listening to the radio on a trip, and I had the [piano part] of that song stuck in my head, and I wished for it to come on the station. It suddenly did, and that was when I discovered its true meaning about addiction and rehab."

Felix was so inspired by the song and the rest of the band's music that she wrote a song called "Talented," an ode to Slade and the Fray that you can listen to below.


"My inspiration for the song began one night when I felt words weren't enough to tell Isaac how moving the tune was. I sat down at my computer and wrote it in 47 minutes and tweaked the details afterward."

Felix hopes Slade will hear the song one day. "I recorded it in hopes that he would listen to it and smile/appreciate the lyric content," she says. "I would love to meet Slade in person."