Fox31 file photo
The Bronco Bar after the November 2014 shooting.
Update: This summer, Ignacio Luque-Verdugo received the maximum sentence in a 2014 triple shooting at Aurora's Bronco Bar that the judge in the case described as an execution. Prosecutors said a man killed in the incident was shot six times, with five of the bullets fired into his back after he was already down.

Our first post about the incident was published at 5:20 a.m. on November 21, 2014, mere hours after it took place. As we reported, the venue, alternately known as Bronco Bar and El Bronco Bar, is located at 9496 Montview Boulevard in Aurora, near the intersection of Montview and Clinton, and judging from photos and videos shared online, it's a place accustomed to good times and happy, boisterous crowds.

The fun stopped around 12:45 a.m. on the 21st. According to the Aurora Police Department, "There was an altercation inside of the bar that escalated to a shooting." Three male victims were rushed to the hospital, where one was pronounced dead. The department added, "A second victim is in serious condition, and the third victim is expected to survive."

In the meantime, the APD was on the lookout for two suspects initially described only as Hispanic males.

Fortunately for law enforcers, Luque-Verdugo left behind a useful clue. A representative with the 17th Judicial District DA's Office, which prosecuted the case, says surveillance video showed him placing a beer bottle on a pool table inside the bar, and technicians were able to pull fingerprints and DNA from it that linked him to the scene — one marked by extreme brutality.

What happened? The DA's Office account maintains that an unidentified man who was with Luque-Verdugo went after patron Sergio Cinto-Duran with a knife, prompting Andres Cinto-Duran, Sergio's younger sibling, to rush to his brother's aid. In addition to the six shots that struck him, Andres was also stabbed six times. 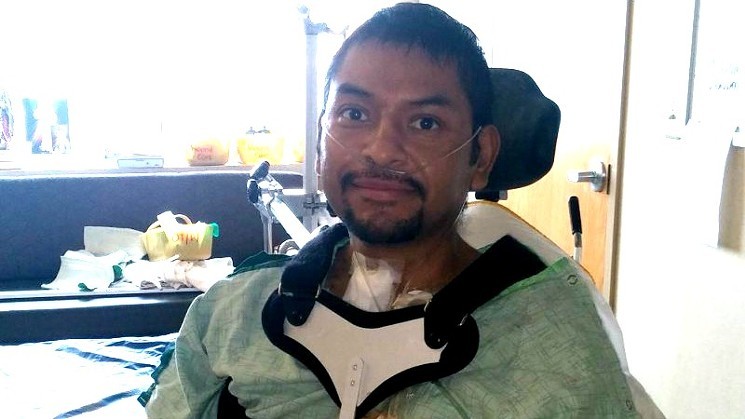 A photo from Sergio Cinto-Duran's GoFundMe page.
GoFundMe
Sergio and another man, thirty-year-old Manuel Rios-Rios, were both shot twice. They survived, but Sergio's injuries were permanent, as he describes on a highly emotional GoFundMe page. Here's the introduction:


Hello everyone my name is Sergio Cinto, I am 37 years old. My family and I have been been through a horrific ordeal. In November 2014 my brother, who was only 28 years old, and I were shot while in a bar after work just trying to relax after the long day of work. Unfortunately, my brother did not make it and we lost him.

I am now paralyzed from the chest down. I also lost my esophagus and must now eat through a feeding tube. In addition, since I no longer have an esophagus I have a tube coming out of my neck to catch the liquids, preventing them from going into my lungs. I also lost a part of my colon so now I have a colostomy bag.

My life, along with my family's life, has forever changed and will never be the same. Unfortunately, I do not have health insurance so I relay on my family and close friends to help with my medical bills and ongoing treatment.

I am asking for your help for my continued medical care. I am working really hard to get better. I need help paying for my physical therapy, medication, food that I can only eat with the feeding tube, my medical supplies, doctor appointments, and hopefully with God's will a surgery allowing me to walk again.

Since my care is ongoing and will be for quite some time, anything you can help with me today or even next week would be greatly appreciated. You would not only be helping me out, but my family as well. My parents are in their late 50's and they are doing all that they can to help but it is just not enough.

This would mean so much to me if you can help me, I would be forever thankful. I want more than anything to get better, be able to work, help myself, and eventually others like me. There are no words that can express the gratitude I would have, with your help so if you can please find it in your heart to help me. I thank you so much! 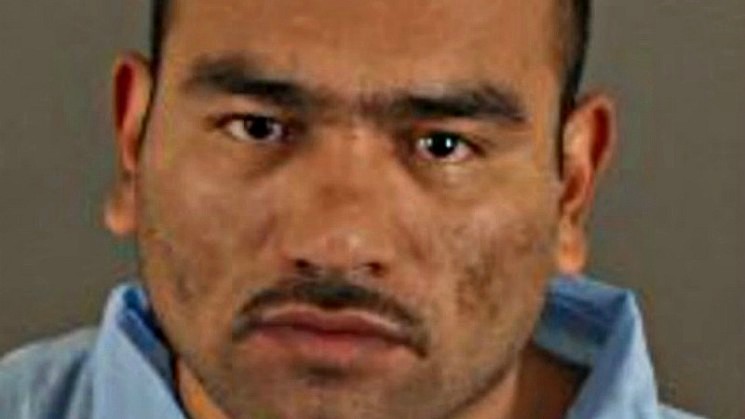 Ignacio Luque-Verdugo's booking photo.
File photo
Although police knew about Luque-Verdugo, finding him was a more difficult matter. He fled the bar after the shooting and wasn't captured until July 2015, as he was trying to enter California from Mexico. Breitbart News, the conservative and controversial press agency associated with Steve Bannon, high-profile aide to President Donald Trump, attempted to score anti-immigration points with a post about the development headlined "Mexican National Wanted for Murder in Colorado Arrested Illegally Entering U.S." A link to the piece can be found on the "Illegal Immigration Stories" page of Iowa Representative Steve King, one of Congress's loudest voices for an immigration crackdown.

In contrast, the only reference to immigration status mentioned in the 17th Judicial District DA's office release about Luque-Verdugo's conviction pertained to Andres. In closing arguments before the jury, District Attorney Dave Young said, "Andres Cinto-Duran did not deserve to die. He was a brother, a son and a husband. He had his whole life ahead of him. He had just gotten his business going. He was to become a U.S. citizen in May."