Since Westword's May 23 story about the "sovereign" movement — in which adherents generally reject statutory laws in favor of common law and believe that the U.S. government is corrupt — we've been receiving calls, letters and e-mails concerning eight individuals who were arrested along the Front Range on March 30.

The individuals were charged by the Colorado Attorney General's office with dozens of offenses, many of them related to what the FBI calls "paper terrorism" — when individuals holding sovereign beliefs send their own versions of warrants, notices of fraud, liens and subpoenas to elected officials they believe are illegitimate. Among the targets listed in the AG's indictment are district attorneys, judges and county officials.

The eight individuals who were arrested have become known nationally, at least within their movement, as the "Colorado Eight." Their cases are significant because sovereign ideology appears to be spreading and is considered by the FBI to be contributing to a domestic terrorist movement. 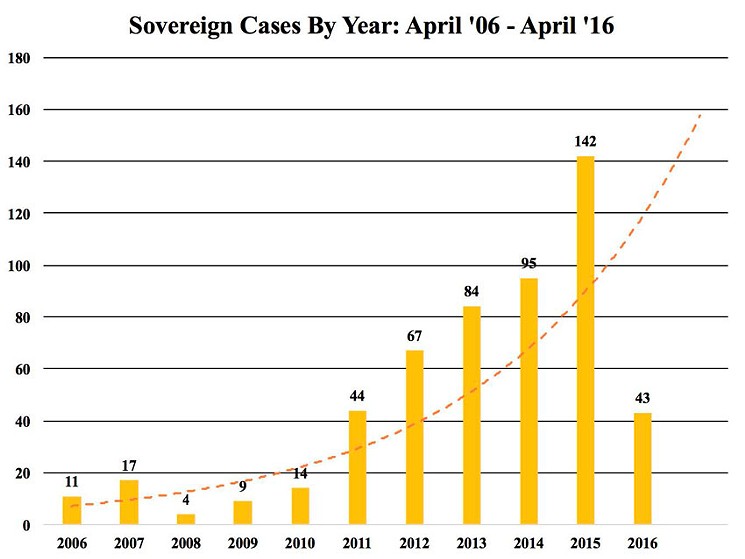 Brian Slater/Naval Postgraduate School Thesis & Dissertation Collection
On Wednesday, June 28, four of the men pleaded not guilty. Stephen Nalty, Steven Dean Byfield and Harlan Smith will stand trial in Denver beginning on September 18, and Bruce Doucette is set to begin his trial in Denver in October. 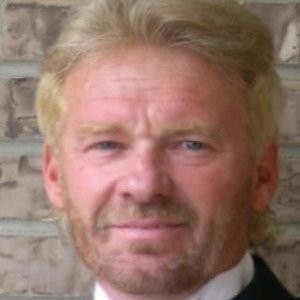 Bruce Doucette
LinkedIn
One of the defendants, Doucette, is regarded by peers as a "Superior Court Judge of the Continental uNited [sic] States of America”; he'd previously traveled to southern Colorado to advise people living off the grid on how to oppose Costilla County's land-use regulations. He also made a trip to the standoff at the Malheur Wildlife Refuge in Oregon in 2016 to advise sovereigns, including Ammon Bundy (also of the "Bundy standoff" in Nevada), how to set up a "common law jury."

Another defendant, Nalty, has sent us a number of letters and legal documents from the Adams County Detention Facility, where he's being held on a bond of $250,000.

Those communiques include a 26-page counterclaim that offers a glimpse of arguments that a few of the Colorado Eight plan to employ while defending themselves at their upcoming trials.

(Court records show, however, that the document was rejected for numerous reasons — including formatting — by Magistrate Judge Kathleen Tafoya on May 3.)

In the counterclaim, Nalty, Doucette, and a few others list themselves as representing "The United States of America," and their claim is directed against "The United States," under which they include not only the State of Colorado and Attorney General Cynthia Coffman, but also President donald Trump, the FBI and the IRS. 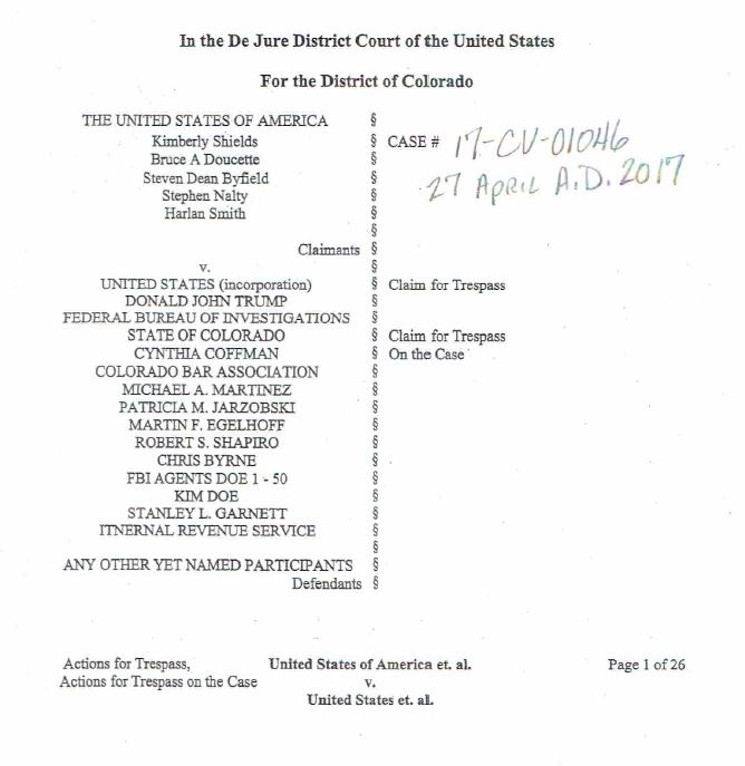 The first page of the counterclaim.
Courtesy of Stephen Nalty
The counterclaim lays out the reasons why the Colorado Eight believe the charges against them are unjust, how the U.S. government has become corrupted as a corporation, and why they think the court system does not have true jurisdiction over them.

At the end of the document, the claimants request over $350 billion in damages.

The Colorado AG's office did not respond to Westword's request for comment on this claim, but has previously said that it would not discuss ongoing litigation. We will update this article with any response, as well as monitor the upcoming cases of the Colorado Eight.