Ten of the Biggest Challenges Faced by School Counselors in 2017

Approximately 3,200 school counselors from across the country and the globe are expected to descend on Denver for the annual conference of the Virginia-based American School Counselor Association, which gets under way on Saturday, July 8, at the Colorado Convention Center. And while ASCA assistant director Eric Sparks expects the event to be a lot of fun, plenty of serious topics will be discussed, and that's appropriate. Sparks enumerates ten of the biggest challenges facing school counselors in 2017, and his rundown collectively illustrates how these educators are on the front lines of major societal changes whose impacts will be felt on young people for many years to come.

Details about the event, whose keynote speakers include astronaut (and husband of former congresswoman Gabby Giffords) Captain Mark Kelly, motivation researcher Carol Dweck and author/inventor Calvin Mackie, are accessible below. But first, here's Sparks's list of challenges, many of which go well beyond the responsibilities most of us associate with school counselors.

"These kinds of issues seem to be on the rise," Sparks says. "It could be anxiety, it could be issues that are impacting their relationships with others. And school counselors really need to help identify students who might be having these needs and provide them with short-term support, either through counseling or, for the more serious developments, referrals to community agencies or community groups that can provide more long-term support for them."

Some schools have staff psychologists who deal with such matters. But more and more, school counselors are taking on these responsibilities, too. As Sparks notes, "There are plenty of needs to go around."

"There's a lot of pressure on students these days to perform well, whether that be academically or through activities and sports," Sparks points out, "and we're more aware as a society about these kinds of issues. In the past, that might have been dismissed. But today, we have a lot more awareness of things like stress, depression, anxiety, bipolar diagnoses. So school counselors need to know how to connect students with resources that can help them."

Although bullying is hardly a new concern, Sparks points out that technology has amplified the potential repercussions of such behavior in a major way.

"School counselors are working to identify students who've been bullied, and working to identify students who may be displaying bullying behavior," he allows. "And a subset of that is cyber-bullying and the issues that social media has brought along. There are now new, more instant ways to bully other students in a public setting, thanks to the virtual aspect of social-media platforms. Cyber-bullying opportunities are huge, and they're extremely widespread. It's very easy to make a student feel uncomfortable in what is essentially a public platform, and that can exacerbate the situation." 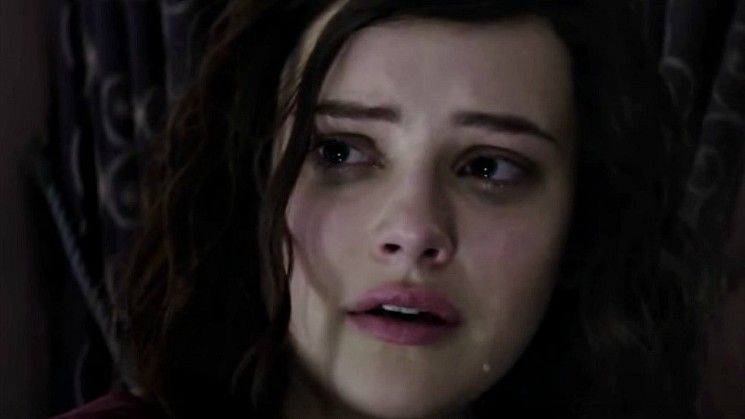 Katherine Langford as Hannah Baker, the protagonist of the Netflix series 13 Reasons Why.
Netflix via YouTube
Suicide

This subject is a raw one for many school counselors, partly because of the notoriety achieved by 13 Reasons Why, a Netflix series about a high school student who leaves behind audio recordings that explain her reasons for dying by suicide. As we reported back in May, Denver Public Schools sent a letter to parents about the program based in part on a subject of the show's final tape, a school counselor who essentially brushes off the student's revelation that she's been raped. Shortly thereafter, the student takes her own life.

"This is a big issue that's something of a progression from bullying, bullying prevention and bullying intervention," Sparks says. "School counselors are always trying to be cognizant and aware of any students who might be exhibiting any behaviors that might indicate self-harm and responding to those immediately — connecting with parents and guardians to make sure they're aware of the situation and connecting students and parents with community resources that can provide support around self-harm feelings and ideas."

The controversy over transgender students and school bathrooms is national in scope, but the particulars differ from place to place. While a transgender locker-room bill died in the Colorado legislature back in 2015, a similar measure became law in North Carolina last year, and fights over related rules and regulations are taking place across the country. That can complicate things for school counselors, Sparks acknowledges.

"Some states may have very specific rules, and even if you don't agree with them, at least you have that rule to work with," he says. "But in other places, there's no policy."

Still, he sees a counselor's duty as clear, whatever the approach in a given area: "We need to help these students understand what their district policies are, what their state policies are. But we also need to create an environment to help students feel safe and be safe in school. We want to make sure that we're treating these students, and all students, with dignity and respect."

Continue for five of the biggest challenges facing school counselors in 2017, and information about the American School Counselor Association conference, taking place in Denver starting on July 8.