S.I.X.X.X.D.'s Journey From the Soccer Field to the Turntable 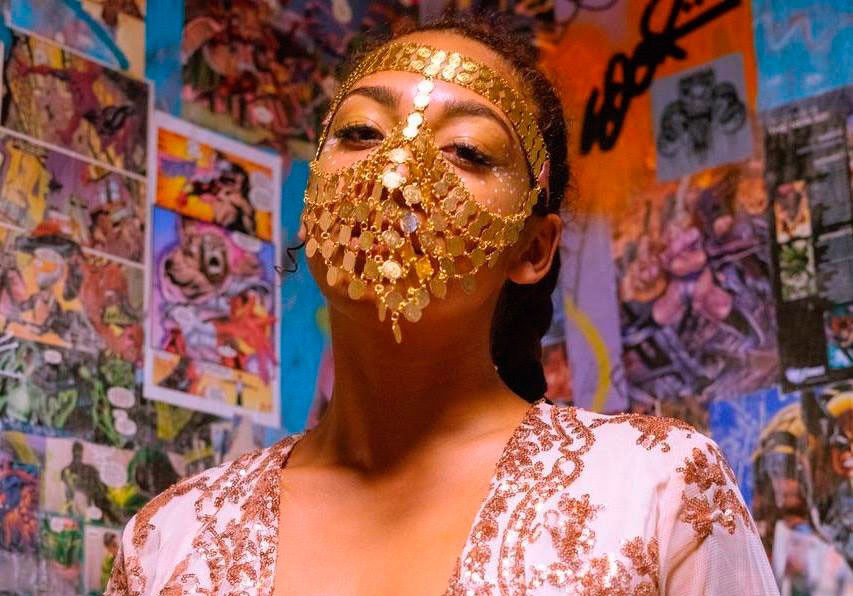 Robert Castro
Kelci Newlin deejays under the name S.I.X.X.X.D.
“I made mixtapes before I knew I had the ability to be a musician,” says 27-year-old Denver DJ Kelci Newlin.
Once a semi-professional soccer player who started playing the sport at age four, Newlin loved to make mixtapes for warmups; her playlists set the mood before a game and pumped up her teammates.

In 2015, Newlin noticed her physical health fluctuating. Eventually, she landed in the hospital and discovered that she had extreme environmental allergies. In order to recover, she had to quit soccer, which led to what she characterizes as a death and rebirth.

“It was a definite identity crisis,” Newlin says. “And then music slipped in.”

That same year, she tried out a fellow musician’s turntables and was hooked. She took the discipline from her life as an athlete and redirected it into mixing music.

“It became my replacement of sports,” Newlin recalls. “I was used to practicing something every day. My body wasn’t healthy enough to go run yet or go to a cycle class, because I was recovering from surgery and had autoimmune stuff going on.”

Instead of spending time on the field, she spent it behind the turntables, creating. “That was my practice regimen, and it was really cathartic,” she says. “I got to be emotional in a completely different way, which was exciting.”

The competitor in her now enjoys the challenge of mixing music live at shows and finds many parallels between deejaying and her old sport.

“Soccer is a really creative game,” Newlin says. “You have a huge field to move wherever you want. That’s a kind of transition: moving from the back of the field to the front of the field. We would go through patterns so much, and timing; that’s naturally translatable to math, music, timing, tempo and pace. The way you want to build up a game, the same thing happens in music.”

Spending the last year and a half teaching herself about deejaying and observing the musicians within her circle of friends, she found a stride in her live performance. She supports other artists with her skills and performs solo under her DJ name, S.I.X.X.X.D.

Song selection is one of her strengths as an artist, she believes, describing her method for discovering new music for her mixes as a “crate dig, but digitally.”

Newlin visits a rotation of music blogs each week to find songs and leaves SoundCloud or Apple Music playing throughout her day, pausing to mark songs she might want to mix someday.

“I want [my music] to be cerebral in that you sense that there’s more going on than me just pressing ‘play’ — that there is complexity to it,” Newlin says. “I like it to be more of a storybook. I like to throw in old ’90s and early 2000s songs, because people forget how good it felt to be young and screaming J.Lo. It’s a sugar dip into my mind.”

Starting in 2016, she began deejaying for Khalil Arcady, aka Sur Ellz. From her time playing with him, she’s learned about the record industry, performance quality and what shows work well with her style. She notes that when deejaying as part of Sur Ellz’s band, her focus lies mainly on the transitions, whereas when she deejays her own set, there is a different sense of control. Since the playlist is totally in her hands, she strives to remain flexible while performing and cater to a crowd’s vibe.

“When people feel the music you’re playing, you can tell,” she says. “It doesn’t matter how big or small the crowd is; it’s more what they’re doing while they’re listening. How are they listening? Are they even listening, or are they talking?”

Like Arcady, who incorporates multiple genres into his sound, Newlin blends different styles of music throughout her mixes. Weeks before an event, she collects songs and listens to the music, basing her picks on whatever type of gig she’s playing.

This week she will play Mishawaka’s first hip-hop festival, The Trip. “We’re ending summer, but it’s still a turn up,” Newlin says. “It has a festival feel. I’m definitely going to play hip-hop because of the crowd, but I’m going to bring some trap and electronic elements into that so I’m [distinct] from what else is on the bill.”

Newlin enjoys unlikely combinations, like hard-hitting Juicy J mixed with ambient Enya. Listen to her mixes and you’ll discover just how fluid music can be.

“I want to show people that genres are way more similar than you think, and you don’t have to be a certain type of person to be at my show,” she says. “You just have to have a connection with music. You connect with it or you don’t.”