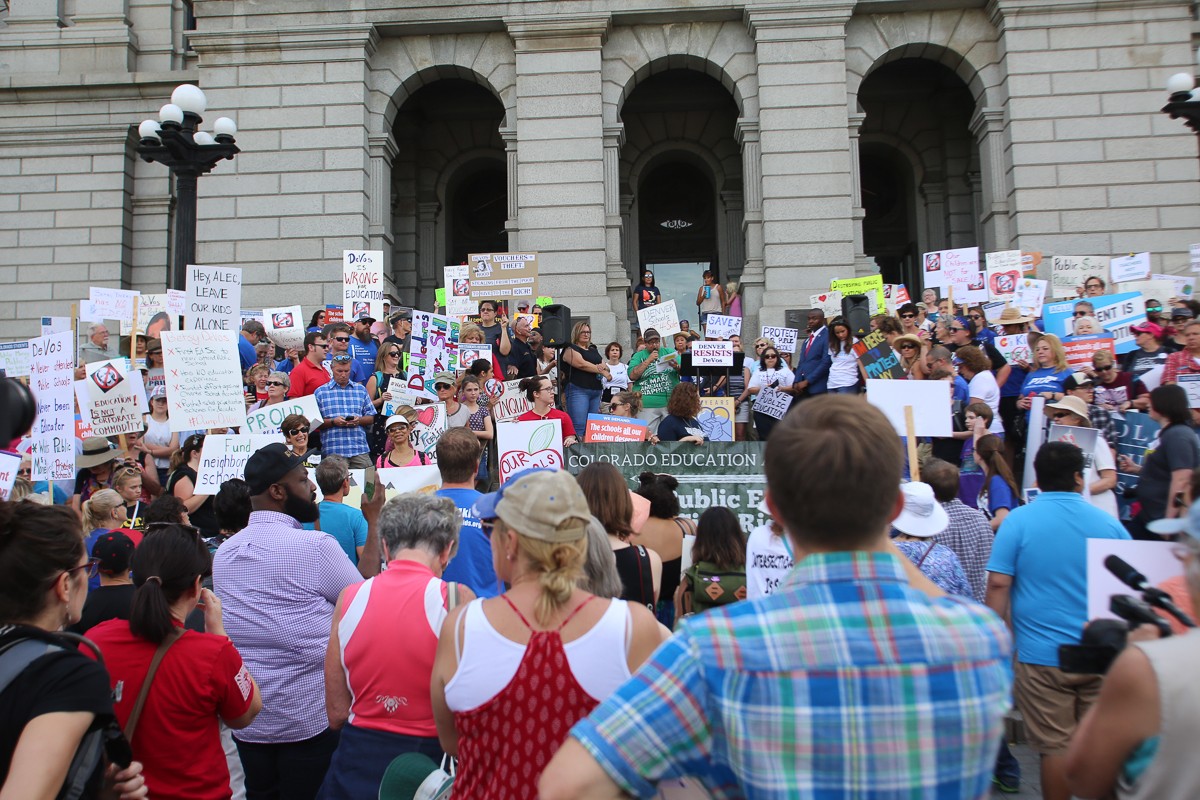 Brandon Marshall
An instance of local activism: Hundreds gathered at the State Capitol on Wednesday, July 19, to protest U.S. Secretary of Education Betsy DeVos while she was in town for a public speaking engagement.
Activism needs to be more inclusive. That's a criticism leveled at this year's plethora of national protests, starting with the Women's March on Washington. With the inaugural Inclusive Global Leadership Institute, two University of Denver professors are working toward that goal. Starting on August 27, IGLI will bring seventeen female activists from around the world together for three days of discussion of and evidence-based training for peaceful resistance tactics.

The conference's goal, according to political sociologist Marie Berry, one of IGLI's co-directors, is "catalyzing the work that women-identifying activists are doing at the grassroots to promote peace, security and human rights across the world." And accessible, intersectional advocacy is intrinsic to this aim because, as Berry explains, "The evidence shows that the more inclusive a coalition you can build, in most cases, the more likely the movement is to succeed." Even the Institute's name reflects this value; Berry and co-director Erica Chenoweth selected it because it welcomes genderqueer or gender-nonconforming activists in a way that "Women's Leadership Institute" or a similar title might have failed to. 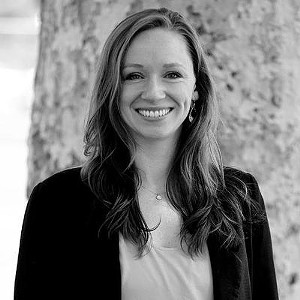 Dr. Marie Berry, an assistant professor at DU and co-director of IGLI, researches women's political mobilization.
Steven Nagareda
Berry has been working on IGLI with Chenoweth, who studies civil resistance, since arriving at DU two years ago. The Institute is the "flagship initiative," Berry says, of the larger Inclusive Global Leadership Initiative, which includes a research project that analyzes gender dynamics in protests worldwide through photos as well as a still-in-development certificate program for students.

Of course, the political events of the past year gave the longstanding plans for IGLI more impetus. The protests in and following Charlottesville, for example, "underscored the urgency of this type of work," says Berry. "The time is now." And the "democratic backsliding" happening in the United States, Berry says, parallels similar trends in countries like India, Turkey and Venezuela, underscoring the importance of the global interplay of ideas IGLI encourages.

Activists from sixteen different countries were selected from 120 nominations, including Abha Bhaiya, who started India's largest women's organization; undocumented immigrant advocate Viridiana Hernandez, who hails from Arizona; and Nigerian environmentalist Olanike Olugboji. Once in Denver, the participants will share experiences about gender's impact on protesting, discuss topics like ensuring safety and harnessing technology, and learn from Berry, Chenoweth and six other researchers about empirically proven strategies for effective activism. An example of such statistics: the threshold of protestors in the street needed to overthrow a regime is 3.5 percent (translated to the U.S., that would be over eleven million), and, per Chenoweth's research, nonviolent movements are two times more likely to succeed than campaigns that turn to violence.

In an effort to involve the Denver community with the global activism network, IGLI will also host two open-to-the-public events. On Monday, August 28, Carmen Perez, co-chair of the Women's March on Washington, will speak at 6:30 p.m. at the Anna and John J. Sie International Relations Complex. And on the 29th, nonprofit Just Vision will be screening a fifteen-minute clip from its forthcoming documentary on the female leaders of the First Intifada, a Palestinian uprising in the late ’80s and early ’90s. The viewing begins at 6:30 p.m. at the Reiman Theater in Margery Reed Hall and will be followed by a discussion of art's capacity to aid social movements. Both events are free and include food with an RSVP (registration link and more details here). And for readers who can't make the events but want to engage with activism locally, Chenoweth's blog offers resources for Denverites to mobilize or otherwise contribute.