9News via YouTube
East High cheerleader Ally Wakefield being forced into the splits position.
A video of thirteen-year-old Denver East High School cheerleader Ally Wakefield being forced into the splits position while crying out in agony has gone viral on a cat-playing-piano, double-rainbow, Numa-Numa-guy level. The story is still developing at this writing, and it presents something of a dilemma for our Schmuck of the Week department, since choosing only one schmuck in this situation is virtually impossible. But right now, the likeliest nominees are cheer coaches Ozell Williams and Mariah Cladis, two East High administrators and a Denver Public Schools official who've been put on leave amid the ongoing investigation, and all of us, for our fascination with images that could well violate the Geneva Conventions rules against torture.

The footage, which shows Wakefield being held down by Williams and three teammates while begging them to stop, was recently leaked to 9News. It's not unique — there are reportedly eight other videos that memorialize other East cheerleaders vocalizing their pain in a similar fashion — and neither is it new. The incidents captured on cell phone actually took place back in June, after which point Wakefield's mom is said to have contacted East High assistant principal Lisa Porter about them.

Right now, we don't know how many administrators at East or DPS saw the video back then. But those who did appear to have done nothing about it until after the clip began zipping around the country like Donald Trump tweets.

The frenzy that followed the initial piece resulted in the story quickly slipping from 9News's grasp. As of yesterday, the main salvo on the subject, which landed near the top of the Google News roster, was by the New York Post, in all probability because scribes there came up with the sort of ultra-grabby headline in which the paper specializes. Its first four words: "Cheerleading Squad From Hell."

How do the folks at 9News feel about so many other news agencies registering mega-page views from their enterprise? We reached out to station news director Christy Moreno, but she didn't return our call — maybe because she was too busy trying to out-scream Ally Wakefield.

Plenty of other media outlets locally and nationally are now busily playing catch-up. New articles reveal that Williams was bounced from a cheer gig at Boulder High School last year because of split-forcing and has falsely claimed to be an Olympic athlete.

Amid all of this mayhem, Denver Public Schools is doing damage control, via a letter, on view below, in which superintendent Tom Boasberg reveals that Williams, Cladis, Porter, East High principal Andy Mendelsberg and DPS deputy general counsel Michael Hickman have all been placed on leave pending an investigation.

In the meantime, millions of us keep watching the video, feeling bad about ourselves, and then watching it again. Clearly, there are plenty of schmucks to go around. 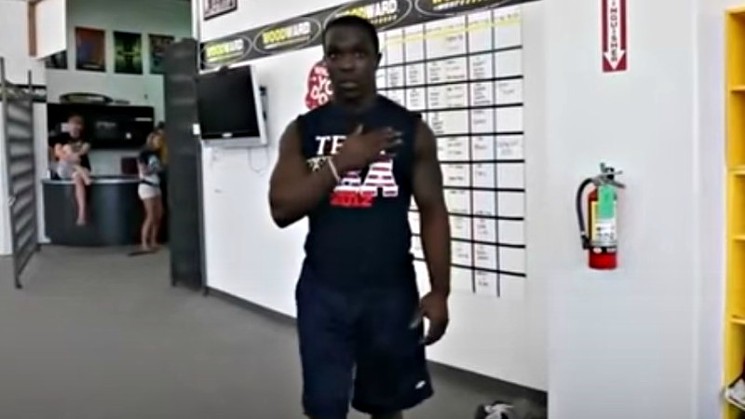 Thank you for your support of our school and your students as we begin the 2017-18 school year.

Please know that the safety of your children is our number one priority. As some of you may know, we have become aware of an exercise used at cheer practices this summer. Earlier today, Denver Police and DPS Safety began an investigation into the concerns associated with this exercise.

During this time, Assistant Principal Jason Maclin, a senior leader at our school, will serve as interim principal. We will strive to ensure that every classroom at East remains focused on education.

Finally, we want to reiterate our commitment to the safety of our students. We absolutely prohibit any practices that place our students' physical and mental health in jeopardy. We do not and will not allow any situation in which a student is forced to perform an activity or exercise beyond the point at which they express their desire to stop.

We will provide additional information soon and encourage you to reach out to Interim Principal Maclin or to our Family and Community Helpline at 720-423-3054. In addition, we will ensure additional counseling supports are available at our school tomorrow for our students.