What You Think You Know About Sex Offenders Is Wrong, Attorney Says 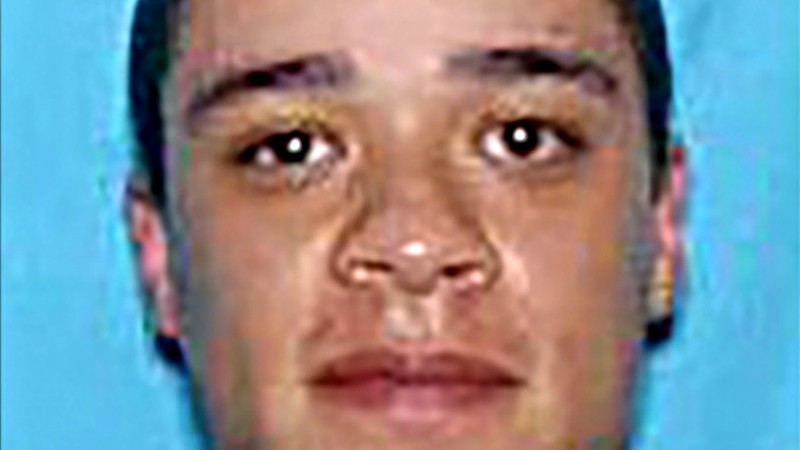 Colorado Bureau of Investigations
Joseph Troy Goodroad is currently listed as the most wanted sex offender in Colorado by the Colorado Bureau of Investigations.
As writer Alan Prendergast reported, U.S. District Court Judge Richard Matsch has ruled that Colorado's sex-offender registry violates the due-process rights of three plaintiffs, thereby amounting to cruel and unusual punishment. Boulder attorney Alison Ruttenberg, who filed the case in 2013, sees the opinion as the potential death knell for a law enforcement tool that, in her view, perpetuates factually dubious notions that fall apart when examined in an evenhanded way.

"Everybody always jumps to the conclusion that all sex offenders are like the type of sex offender that's vilified on Oprah Winfrey or John Walsh's show: the serial, violent pedophile always looking for his next victim, who rapes and murders children. That stereotype applies to maybe a handful of convicted sex offenders in Colorado, and certainly nowhere near all the 18,000 men and women we have on our registry."

The Matsch decision, as well as an amended version of the original complaint, are accessible below.

By Colorado law, sex offenders must register with law enforcement on an annual basis, as well as each time they relocate, Prendergast pointed out in his earlier piece. He also noted that those convicted of child sex crimes must give authorities all of their email addresses and chat-room identities — and much of this information is available to any web surfer via the Colorado Bureau of Investigation's website.

Critics have long argued that this system is mainly about afflicting "retribution or additional punishment," in a phrase quoted by Matsch. Likewise, the plaintiffs represented by Ruttenberg — David Millard, Eugene Knight and Arturo Vega — say they've been subjected to widespread community ostracism and more, with no way to move forward. Vega, for instance, has a single offense on his record, dating from when he was just thirteen. But even though he hasn't committed another sex crime since then, he's been rejected in two attempts to petition off the registry.

During his most recent effort, in 2012, the hearing magistrate who turned him down said (as quoted by Judge Matsch) that "you’re going to have to show in some form or fashion...that you’re not going to re-offend." To Ruttenberg, this requirement is absurd on its face. "Asking someone to prove they will never commit a crime in the future — that's something nobody can prove," she says.

Matsch agreed, and while his ruling only affects Millard, Knight and Vega, his statements certainly suggest the potential for wider utilization. "There is a rational relationship between the registration requirements and the legislative purpose of giving members of the public the opportunity to protect themselves and their children from sex offenses," he wrote. "But what the plaintiffs have shown is that the public has been given, commonly exercises, and has exercised against these plaintiffs the power to inflict punishments beyond those imposed through the courts, and to do so arbitrarily and with no notice, no procedural protections and no limitations or parameters on their actions other than the potential for prosecution if their actions would be a crime." 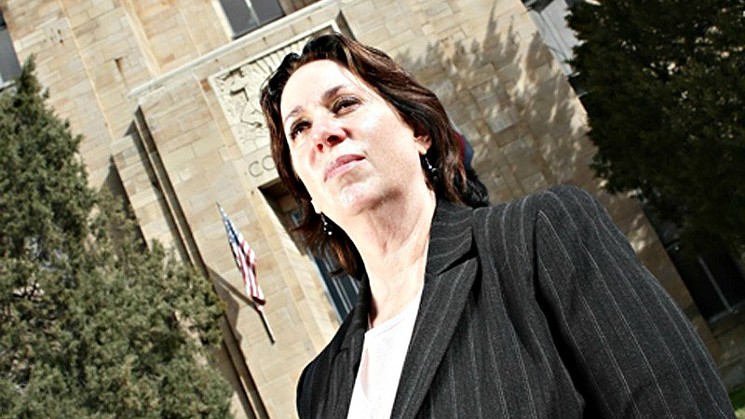 Alison Ruttenberg
File photo
He concluded: "The fear that pervades the public reaction to sex offenses — particularly as to children — generates reactions that are cruel and in disregard of any objective assessment of the individual’s actual proclivity to commit new sex offenses. The failure to make any individual assessment is a fundamental flaw in the system."

For Ruttenberg, these words echo observations she's made plenty of times over the course of her career. "I've been representing sex offenders for years," she says. "And the issue of them having to register indefinitely impacts practical things, like getting housing or employment or even being able to participate in their children's education."

The current filing was envisioned as "a test case," she allows. "All of these plaintiffs have successfully completed their sentences and were deemed to be low-risk. They've been quietly going about their own business, just trying to live their lives and raise children — but they keep having these obstacles thrown in their face for no reason other than the irrational and overreaching sex-offender registry. That was the genesis of the case four years ago, and because I've had many more men and women in their position come to my attention during the past four years, I considered adding more plaintiffs and making it a class action suit. But I ultimately decided to let this go through and take things from there to give it more of a broader application, with the help of my colleagues" at the Colorado Criminal Defense Bar.

Ruttenberg stresses that "Judge Matsch issued a declaration that, as applied to these three individuals, the registry violates their 8th Amendment rights and their 14th Amendment rights. And you can certainly use his opinion to then argue that for convicted sex offenders who are similar situated — who are done with their treatment and are low-risk — the statute is also unconstitutional as applied to them."

This perspective seems to be gaining traction on the federal level, too. In 2003's Smith v. Doe, a case mentioned by Matsch in his opinion, Justice Anthony Kennedy backed the concept of an Internet registry. But in a more recent ruling, this year's Packingham v. North Carolina, Kennedy weighed in on "the troubling fact that the law imposes severe restrictions on persons who already have served their sentence and are no longer subject to the supervision of the criminal justice system...." Matsch not only cited this line in his ruling, but reproduced most of it in bold.

According to Ruttenberg, Kennedy's evolution on the topic could be an indication that more jurists believe "these blanket restrictions and requirements placed on sex offenders after they finish their sentences have done nothing but erode their constitutional rights and made the communities less safe. Everybody's different, but you have all these one-size-fits-all statutes, including the sex-offender registry statute, which just doesn't take into account whether the state has any objective evidence that this person is going to continue to be dangerous."

Proponents of the registry argue that sex offenders are likely to commit the same crime again in the future. But Ruttenberg begs to differ. "This is based on anecdotal evidence, not any type of exhaustive statistical study. But I believe close to 95 percent of registered sex offenders in Colorado have only one offense — and it could be as high as 98 percent. So the myth of recidivism is just that: a myth. In fact, the recidivism rate for sex offenders turns out to be one of the lowest recidivism rates for any class of felons."

In contrast, she continues, "the Denver Post did an exhaustive analysis about drunk drivers a few years ago, and they found that close to 40 percent of all people arrested for driving under the influence had a prior DUI or DWIA conviction. That's a 40 percent recidivism rate. So if you want to put a class of criminal on a registry and publish their pictures and addresses online, why don't you register drunk drivers? They're much more likely from a statistical standpoint to kill children in their neighborhood than a sex offender who's completed his sentence. He's as unlikely to offend as his other neighbors."

A screen capture from the current list of most wanted Colorado sex offenders.
Colorado Bureau of Investigations
The courts strike Ruttenberg as the likeliest venue for change in regard to the registry, since a legislative fix is made difficult by political realities. "The Colorado Criminal Defense Bar has gone to the legislature every year trying to reform the 1998 Lifetime Supervision Act for sex offenders, because it turns out that supervising the vast majority of these offenders for life is an absolute waste of resources — completely unnecessary. All it does is burden the taxpayers. But even though I think there's a lot of sympathy in the legislature to reform the way we treat sex offenders, as soon as somebody tries, they become targets. Mike Coffman's opponent in the last election [Morgan Carroll] tried to reform some sex-offender laws, but he ran on a platform that she was this 'friend of dangerous sex offenders' and she didn't care about public safety. So the legislature isn't going to step up, because of this perception in the community."

In the meantime, Ruttenberg maintains, the sex-offender statutes are causing a whole range of problems related to the prison system. "The Lifetime Supervision Act provides that for most sex-offense felonies, there's a mandatory life sentence. The only issue is if they will ever get paroled or if they're going to be on probation for the rest of their lives. That makes it more difficult to get paroled, and as a result, the Department of Corrections has been slowly filling up with all of these sex offenders who can't get paroled."

She estimates that "50 percent of the male inmates in the Department of Corrections are now sex offenders who don't have a mandatory parole date, and the State of Colorado is running out of resources. As a result, we're seeing more violent, habitual criminals who don't have a sex offense but have repeated aggravated robberies, burglaries, assaults and kidnappings being paroled at an unprecedented rate to make room for all these low-level sex offenders who can't get paroled."

This last assertion is controversial, Ruttenberg concedes. "Nobody wants to admit it, and you can't get that information directly. You have to look behind the numbers. But a lot of these problems are just a terrible and unintended result of this horrific statute that went into effect nineteen years ago."

Thus far, the Colorado Attorney General's Office hasn't announced whether it plans to appeal Judge Matsch's decision — but Ruttenberg is ready if this step is taken. For now, she says, "I'm hoping to educate the public a little bit, so they won't be so frightened of these people, and won't continue to harass my clients and their family members. Because these aren't dangerous people. You can always find an example in the news, such as the man who murdered Polly Klaas, of a scary sex offender. But as a class of offenders, they aren't what's making the community unsafe."

Click to read Judge Matsch's ruling in David Millard et. al., v. Michael Rankin and the fourth amended complaint from the case, which has a different list of plaintiffs. "There are various iterations of the complaint because original plaintiffs dropped out for various reasons (moved out of state, were reincarcerated, homeless, disappeared, etc.) and then were replaced," Ruttenberg explains. "By the time we went to trial, it was just these three plaintiffs."